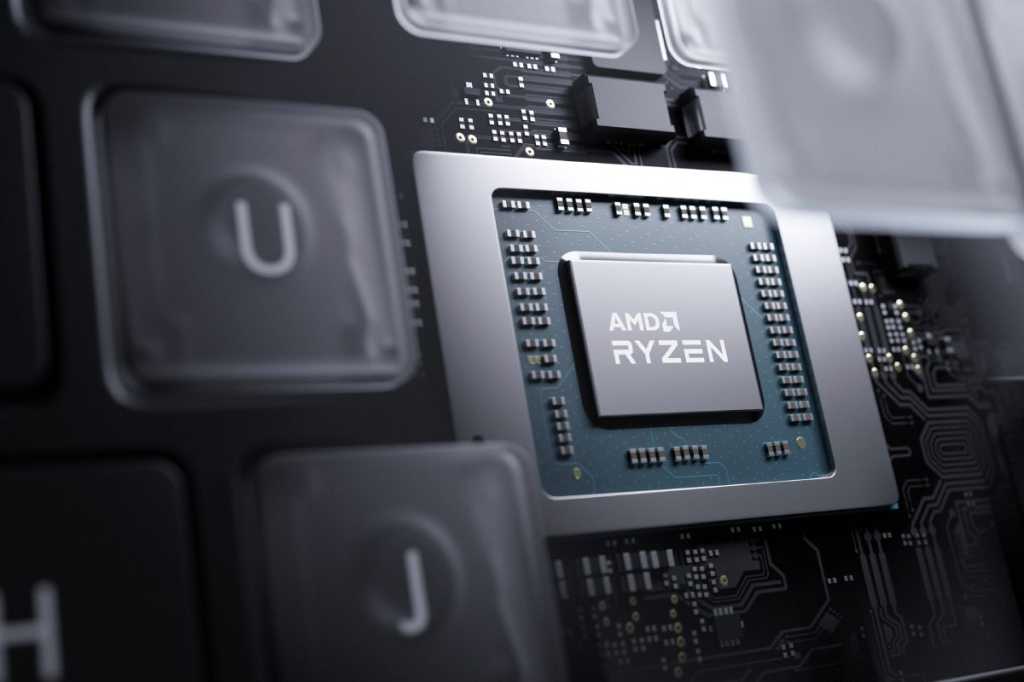 AMD has a new naming scheme for its mobile Ryzen processors, so complex that you’ll need a decoder ring to solve it.

The new five-character naming scheme was born from the realization that AMD’s current mobile naming scheme was insufficient, Robert Hallock, director of technical marketing for AMD, wrote in a blog post on Wednesday. The scheme, though logical, is nevertheless so complex that the company actually gave out physical “decoder rings” as a fun way to explain the situation.

Hallock wrote that the new processor naming scheme was designed to be informative, so that users could actually “decode” the capabilities of the chip from the model number. It will be used to describe new mobile processors, such as AMD’s upcoming “extreme” gaming processor for 2023, Dragon Range. Hallock also said that the volume of notebook shipments with AMD’s Ryzen chips inside has grown 49 percent in just two years.

Hallock explained that each of the digits within the new model numbers signifies something about the chip. The number scheme will not be used to describe desktop chips, however. The new scheme, in order of digit:

The first digit describes the portfolio model year: “7” for 2023, “8” for 2024, and so on. That should help identify when the chip was originally launched and sold.

The fourth digit will help clarify the second digit: either “0” for a low-end model or “5” for a high-end model within a particular segment.

The fifth digit will designate the form factor or thermal power (TDP): HX, HS, U, C and E. The HX chips will consume 55 watts or more, while the e-series chips will consume less than 9 watts. Some of these will be PC processors, while others will be designed strictly for Chromebooks.

The company also included a broad overview of its upcoming mobile Ryzen roadmap, broken down by product number. Hallock wrote that AMD is expecting to take on several different product categories, from “extreme gaming” on down. “Just as a few examples: If you want a max performance gaming notebook, the AMD Ryzen 7045 Series will always give you a ‘Dragon Range’ processor,” he wrote. “If you want AMD’s latest ultrathin SOC for gaming and mobility, you’ll always find a ‘Phoenix’ processor in the Ryzen 7040 Series.”

While the new numbering scheme may not be clear, AMD’s ambitions are: to dramatically expand its reach in the mobile processor market.