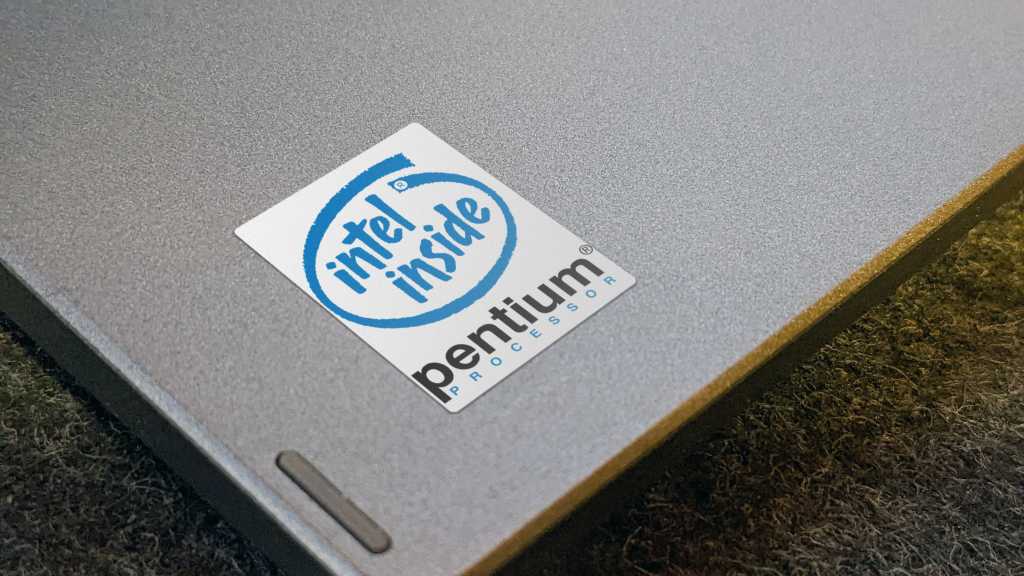 Intel first debuted the Pentium brand name almost 30 years ago, and the Celeron range of CPUs about 25 years ago. Since the rise of the Core series in 2006, they’ve both been assigned to low-cost budget CPUs, often featured on budget laptops and desktops. As of 2023, they’re both disappearing: Intel’s low-end laptop offerings will simply be labeled “Intel Processor” with a new iteration of the Intel Inside logo.

Intel’s press release notes that this is purely a branding move, and it doesn’t affect any of the actual hardware development. The decision, quote, “leaves unchanged Intel’s current product offerings and Intel’s product roadmap.” Intel Processor products will presumably sit below Core i3 offerings in terms of power, capability, and price. Existing Pentium and Celeron CPUs tend to apply to the least expensive Windows laptops and a wider array of cheaper Chromebooks.

The press release calls this a “new, streamlined brand architecture,” and says that the company is focusing on its flagship brands, Intel Core, Evo, and vPro. But speaking as a consumer, I think this might cause a real point of confusion. Not least because there’s now a brand difference between an Intel processor and an Intel Processor (note the proper noun), but because Evo and vPro are marketing terms for a series of features…which apply to existing Core processors. Presumably this all makes perfect sense, if you’ve been sitting on Intel’s board of directors for 15 years.

Just imagine a non-techy customer in Best Buy. “I want a laptop with an Intel processor,” they ask. “Yup, here’s one,” the salesperson replies. “Which one?” asks the customer. “An Intel Processor,” answers the salesperson, in compliance with Intel branding initiatives. Abbott and Costello would kill for such a gift-wrapped setup.

Exactly when in 2023 we can expect to see the first formerly-Pentium and -Celeron laptops switch over to Intel Processor branding wasn’t specified. Expect to see some of the first designs show up at CES and other trade shows, and hit store shelves sometime in the middle of the year.