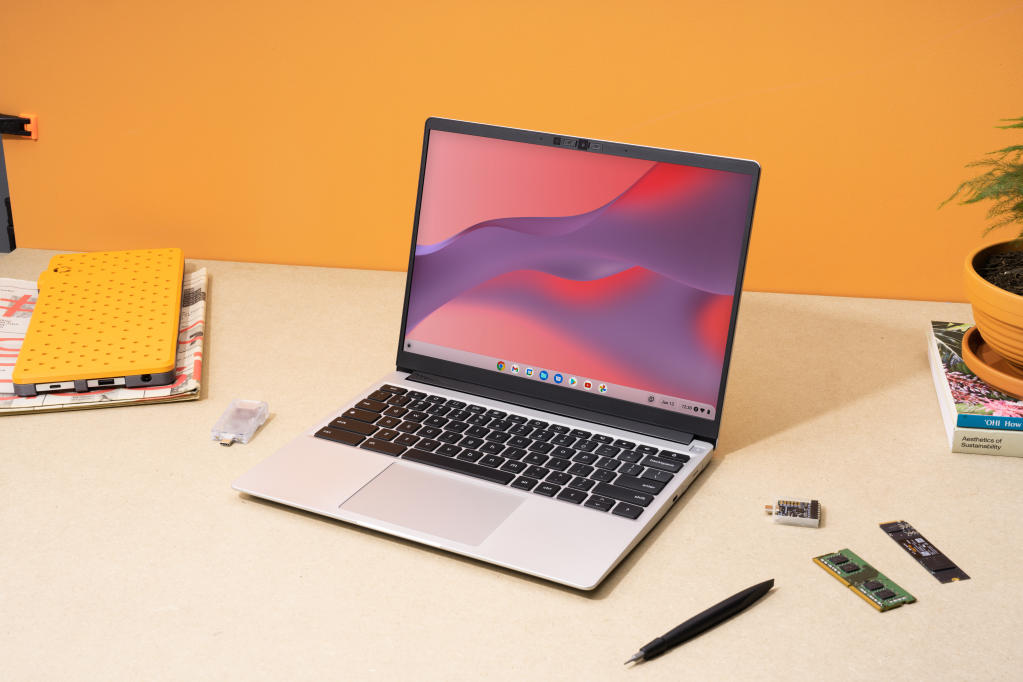 The Framework is the modular laptop for the user who wants to upgrade their hardware forever, in a user-friendly (and planet-friendly) way. As a unique part of the PC market it’s a smashing success, and the company is ready to expand outside its standard PC comfort zone. The new Framework Chromebook Edition runs Google’s browser-based ChromeOS on hardware that’s more or less the same as the existing design.

As a function of the existing hardware, that makes the Framework Chromebook Edition one of the only Chromebooks on the market with full user access to replaceable RAM and storage, to say nothing of the rest of the hardware. Framework’s modular Expansion Port system allows hot-swapping for USB-C, USB-A, MicroSD, HDMI, DisplayPort, and Ethernet. A little more work with a screwdriver allows for easy replacement of the motherboard and processor, screen panel, battery, webcam, body components — pretty much everything. All components will be available on Framework’s Marketplace store, and cross-compatible with existing hardware.

The Framework Chromebook Edition uses the same hardware as the newest iteration of the Windows-based laptop. That means a 12th-gen Core i5 processor, a 13.5-inch 3:2 display, 8GB of DDR4 RAM, and 256GB of SSD storage on the base model. RAM and storage can be configured up to 64GB and 1TB, respectively, or of course upgraded by the end user.

In addition to Intel’s standard hardware, the Chromebook version of the internal motherboard includes Google’s proprietary Titan C security and encryption chip. Framework is committing to support from Google’s centralized software system for “up to eight years.” If you tire of the ChromeOS walled garden, the open-source Embedded Controller firmware and coreboot BIOS can be used to load up any other operating system, including Windows and Linux.

The base Core i5, 8GB/256GB Framework Chromebook Edition will cost $999 when it releases in early December. That’s $50 cheaper than the 12th-gen Windows version, with pre-orders open starting today for $100 less.