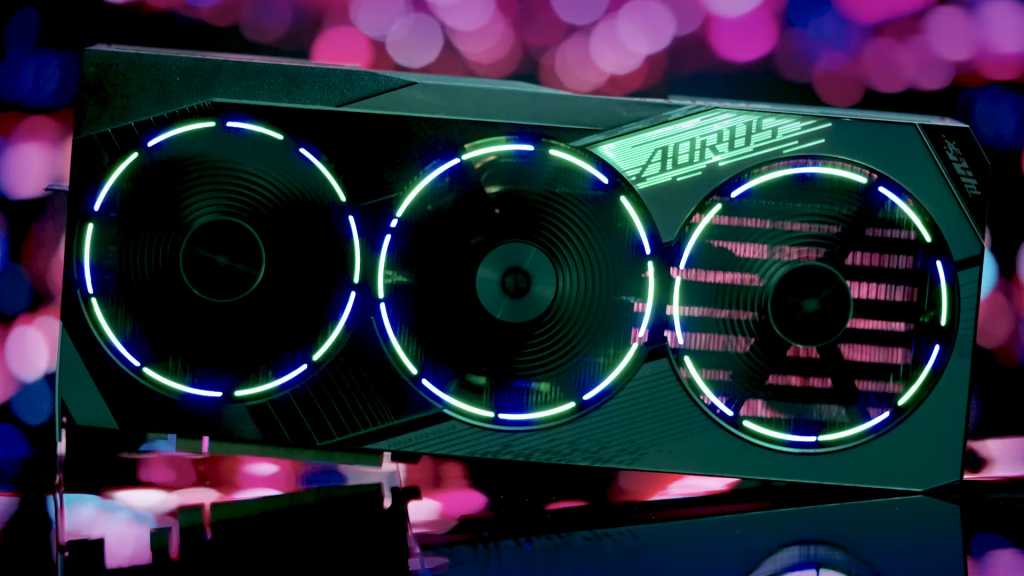 Prices aren’t the only things about the new Nvidia graphics cards that are surprising. After the company made the public announcement for the GeForce RTX 4080 and 4090 at GTC, its manufacturing partners (or at least the ones it has left) showed off their custom designs based on Nvidia’s GPU. And “excessive” doesn’t begin to cover some of these graphics cards.

GamersNexus breaks down all of the manufacturing partner designs that have been revealed thus far. Most are simply enormous and power-hungry: with a base power draw of 300 to 450 watts without overclocking, the heatsinks, heat pipes, and cooling fans on the air-cooled models mean they need to take up between three and four PCIe slot spaces on your motherboard. Rest in peace, tiny, overpowered ITX gaming PCs.

But that’s only the beginning of the excess. The entire point of manufacturers customizing Nvidia’s card designs is, well, the customization. It’s worth going through the entire Gamers Nexus video to see every cringe-inducing detail, if only to watch Steve absolutely lose it trying a straight read of some of the marketing copy.

Take the Palit “GameRock OC” version of the 4090, for example. With branding riffing on 80 hair metal bands, the 3.5-width, 329.4-mm-long card is covered in a layer of fake crystals around the cooling fans. Naturally there are RGB lights underneath, giving your graphics card all the glam of a bassist on his second trip to rehab this year.

But that’s just the aesthetic choice. Galax isn’t any better, with its Anonymous hacker-inspired brand livery, but for the “Serious Gaming” version of the RTX 4080 the company decided that three fans on the main cooler wasn’t enough. It has an optional add-on fourth fan on the card’s base plate — you might want to move around whatever’s above the first PCIe slot on in your PC case. And whatever’s beneath it, too: the card has an optional “Dark Obelisk” support stick for holding up the bulk of the card, complete with RGB lighting. Galax claims the Kubrickian bracket can hold up five kilograms, 11 pounds.

Maybe it needs to. Because on top of all of that, Galax’s cards will come with an optional adapter if your power supply can’t handle the new ATX 3.0 12+4 power rail. It splits the power requirements among four eight-pin PCIe rails — yes, that’s 32 power pins, as much as the primary power supply connection for a modern high-end motherboard. Yeesh.

But all of that is merely adding bulk and bling to conventional cooler designs. The Gigabyte RTX 4090 Aorus Master cards feature “Bionic Shark” fans, some of which have blinking LED lights right on the fins. But wait, there’s more! The massive design includes a postage stamp-sized LCD screen right on the edge, facing out through your PC’s glass side to display stats or an animated GIF. And yes, it comes with an “anti-sag bracket,” because the whole thing is too heavy for your motherboard to handle on its own.

But the prize for the most ridiculous card of this marketing cycle probably goes to Colorful’s Vulcan series. Not only does it feature a larger 800×216 LCD, it can be magnetically repositioned depending on how you mount your card, either parallel or perpendicular to the motherboard. But what if you don’t want to position your massive gaming PC so you can read internal temperatures directly off the graphics card? Then just plug in the included USB screen dock, and place a teeny-tiny extra screen on your desk.

Nvidia’s XX80 and XX90 series of cards have always been designed for gamers more interested in excess than practicality. But between slump-defying prices and case-cracking sizes, the next generation of GPUs is shaping up to be absolutely bonkers. Hopefully AMD and Intel can offer some less bombastic, smaller, and cheaper options in the near future — and maybe Nvidia will sell an RTX 4070 that can fit in two PCIe slots at some point.

For even more insights, be sure to check out our roundup of 6 important RTX 40-series details you may have missed.