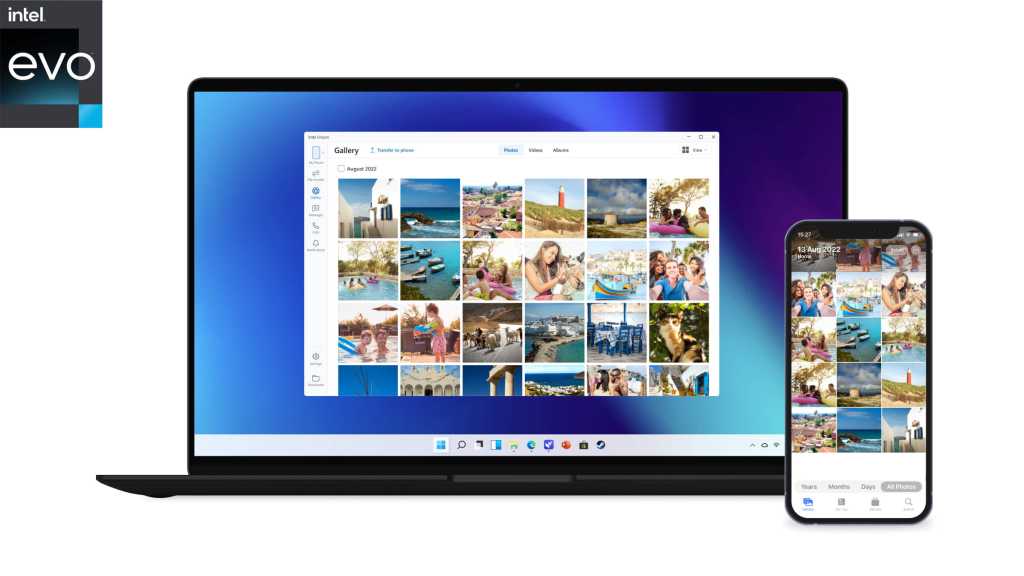 Intel said Tuesday that its Screenovate app, which clones many of the functions found inside the Windows “Your Phone” app, will now be called Unison and ship on its partners’ premium Evo laptops.

The new Unison app allows you to place calls from your PC, transfer photos and files, and see notifications on both Android phone as well as iPhones. The latter capability has been largely omitted from the Your Phone app bundled in Windows, which revolves around Android support.

On December 6, 2021, Intel bought Israeli developer Screenovate, reportedly for $100 million. The company is now part of Intel’s Client Computing Group, though Unison has been designed for businesses and consumers alike, with support for both manageability as well as corporate VPNs, Daniel Rogers, senior director of Intel’s mobile product marketing, said in a recent press briefing. Unison has also been given a facelift, with both a new interface as well as benefiting from Intel’s knowledge of wireless networks, he said.

Intel is hoping to use Unison as a tangible benefit for Evo PC buyers. At CES this year, Intel announced a significant expansion of Evo into peripherals and even desktop and commercial PCs.

And if you’re an iPhone user, you’ll see some tangible benefits. Though Microsoft had hoped to expand into both Android and iPhones after its Windows Phone ambitions went belly-up, the company has largely abandoned the iPhone as a device that can be tightly integrated with Windows. (Instead, Microsoft has beefed up its app experiences, with Outlook and other apps.) Unison could help solve that shortcoming.

Other than that, a demonstration of the Unison technology looked, in concept, very similar to what Your Phone already does: make phone calls from a PC via a phone’s Bluetooth connection, send and respond to text messages, connect to the phone’s apps, show notifications, and transfer photos and files. Your Phone doesn’t focus that much on file transfer, though Windows’ Nearby Sharing feature helps mitigate that omission. Simply uploading and saving files to the cloud does, too.

The Screenovate purchase was therefore a bit of a head-scratcher. But Intel seems like it recognizes that providing more benefits to Evo customers can help benefit the platform. Executives, too, might be thinking of building out a suite of apps for Evo buyers that could eventually turn into a service, and a subscription. As Microsoft chief executive Satya Nadella has said, that’s practically the purpose of Windows anyway.