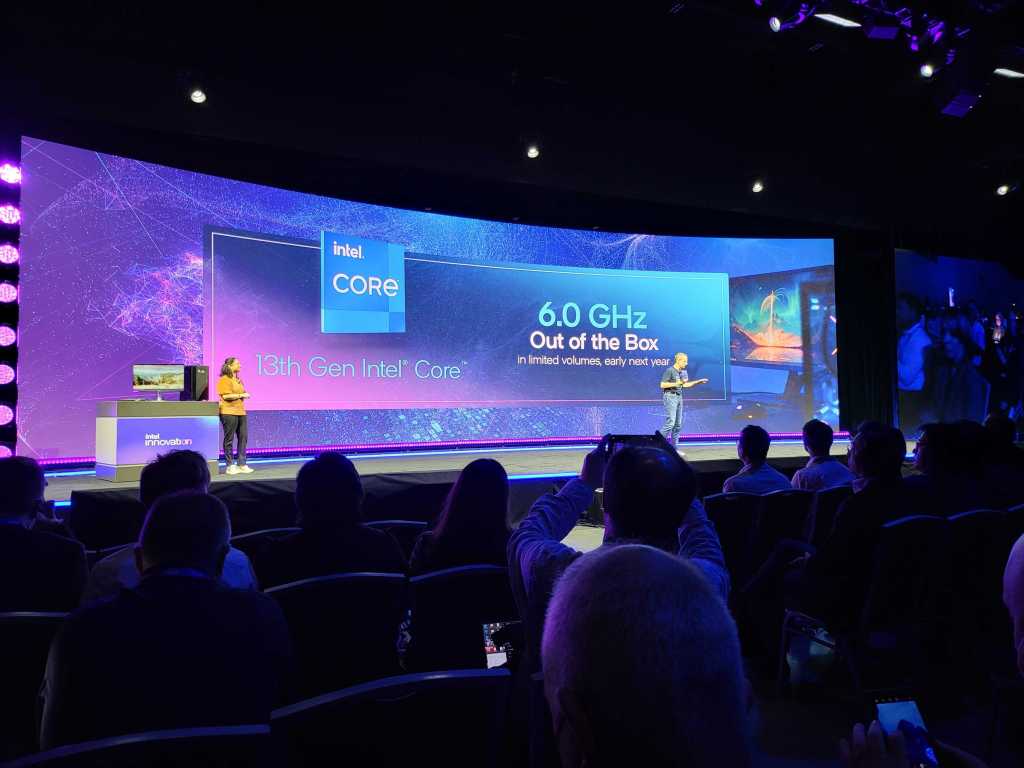 On Tuesday, Intel’s chief executive positioned a 6GHz chip as just another milestone — and also one his company has promised, but has yet to achieve.

In a Q&A session following a keynote address at the company’s Intel Innovation conference in San Jose, chief executive Pat Gelsinger said that when its 13th-gen Core (Raptor Lake) achieves 6GHz, it won’t necessarily be anything to celebrate, though it helps set the tone for Intel’s ambitions.

“It was like when we crossed the 1GHz boundary,” Gelsinger said in response to a question asked by PCWorld’s Gordon Mah Ung. “It was when we had a 950MHz [version] and we said, it was just another 50MHz, right?”

That may have been true, if Intel was first to cross the 1GHz milestone. Unfortunately, rival AMD was first to break that mark, announcing an overclocked Athlon. (Intel, however, counterclaimed that it was the first to ship a 1GHz Pentium III, a dispute that roiled the 2000 launches of both chips.)

In any event, Intel doesn’t have a 6GHz chip, yet, though it was playing it up just a few months ago. The unlocked Core i9-13900K tops out at a boost speed of 5.8GHz, and Intel promised Tuesday that a 6GHz chip would ship next year in “limited volumes.” Intel didn’t specify whether that chip would be part of the current Raptor Lake-K series, or a new, enthusiast-level part that the company has yet to announce.

But for Gelsinger, achieving the 6GHz mark is simply one piece of the puzzle. “And for us, you know, as we rebuild the company, rebuild the product line, it’s unquestioned leadership,” Gelsinger said.

We’ll have to see if Intel takes the same stance if and when it can beat rival AMD to the punch.