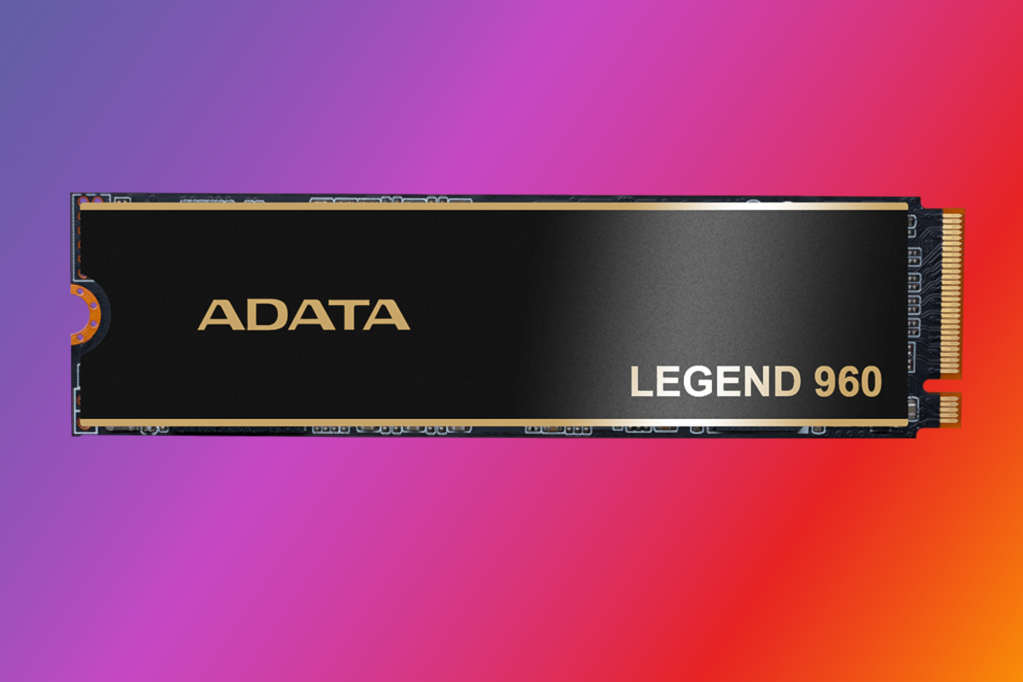 The Adata Legend 960 is a top-performing NVMe SSD at a mid- to lower-tier price. What’s not to like about that?

What’s most notable about Adata’s Legend 960 is that it performed on par with the top drives in the majority of our tests, despite it being a 1TB drive competing against 2TB models with more NAND for secondary caching—and while being priced lower-per-TB than most of those competitors.

Indeed, $120 MSRP for the 1TB flavor, and $220 for the 2TB capacity are the lowest price points we’ve seen for a drive this fast. That said, those are the official prices we received from the vendor—the Legend 960 was actually priced a bit higher on Amazon at the time of this writing, before the official release.

Adata warranties the Legend 960 for five years and/or 780TBW (terabytes to be written) per TB. That’s rather generous for a drive this affordable. Note that years/TBW are like the years/miles warranties for automobiles—exceeding either ends the warranty.

The drive ships with a heat spreader packed separately in the retail box, leaving the choice to use it up to you. Attach it if need be, but many performance motherboards sport their own heatsinks and a heat spreader on top of the drive can make for an overly snug fit.

As stated up top, the drives we’re comparing the 1TB Legend 960 to are 2TB models. And with more NAND to allot as secondary cache, 2TB models nearly always top 1TB models. Despite that, the Legend 960 managed to best its rivals in multi-queue sequential read/write speeds. No mean feat.

Total up the transfer rates (sequential and random) and the Legend 960 still holds its own against other top drives.

The 1TB Legend 960 was even more facile in our real-world 48GB transfers. In fact, it turned in the best aggregate time we’ve seen to date.

Where the difference in capacity did rear its head was in our 450GB write, where the drive slowed down fairly soon into the test, then slowed yet again further in.

You can see the phenomenon in the screen capture below. No doubt the major dips are the drive slowing while it allots more NAND to secondary cache duties.

The Legend 960 in its 1TB form isn’t a drive you want for super-long data transfers, but that can be said of nearly any 1TB drive. The more capacity, the more headroom for those types of operations. But those operations are rarer than hen’s teeth for most users, and the drive’s performance is otherwise exemplary.

The performance numbers shown apply only to the drive of the capacity tested. SSD performance can vary by capacity due to more or fewer chips to shotgun reads/writes across and the amount of NAND available for secondary caching.

Also, our numbers are for the drive/components the vendor ships us. Said components may vary over time due to supply issues and other factors, so you should also consider the vendor’s claims, which the product should never dip under.

Should you buy the Adata Legend 960 1TB NVMe SSD?

There’s little to difference between the Legend 960 we tested and competing top drives in terms of performance. Where you will notice the difference is in your wallet. An excellent bargain!