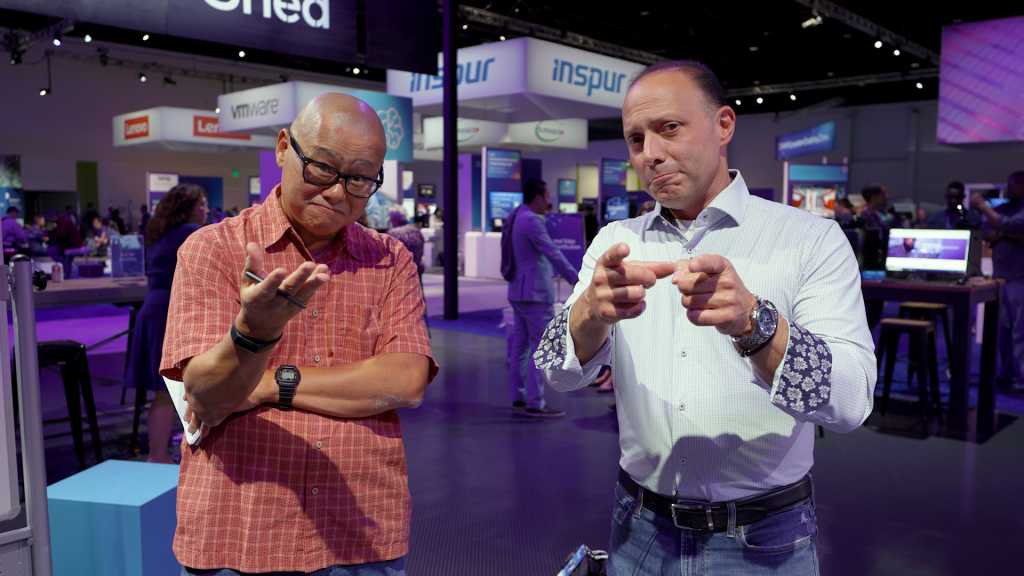 Anyone who’s been looking to build a PC in the near future knows that it’s gonna be pricey. Between advances to PCIe 5.0 and ATX 3.0 for motherboards and power supplies respectively, and expensive new AMD processors and Nvidia GPUs recently announced, the next gen is looking like a hard time for bargain hunters. Enter Intel, putting out new Core CPUs that have barely changed in price and brand new Arc GPUs that look incredibly competitive. Gordon Mah Ung and special guest Dave Altavilla from HotHardware examine this news in our latest YouTube video.

If you’re looking for cores, Intel has really stepped up its game. At the top end the Core i9-13900K has jumped from 16 to 24 total cores, handily beating the top-of-the-line Ryzen 9 7950X. Even at the midrange, the new Core i5-13600K packs 14 cores (6 performance, 8 efficiency) to the Ryzen 5 7600X’s 6 “big” cores. And despite stating previously that its chips will be more expensive, the only one that gets a price bump is the low-end i5 at just $30 more. It seems like after a few years of letting AMD win the value game, Intel is ready to step up.

Of course, all of those comparisons are before we get direct benchmarks for Intel Core versus AMD Ryzen this generation. In Dave’s words, “It’s gonna be a dogfight.”

Now, how about those graphics cards? After a long-delayed launch, Intel announced that the flagship Arc A770 desktop GPU will arrive on October 12th for $329. With Intel aiming for the more budget-focused gamer, even its most powerful card is only being pitted against the Nvidia RTX 3060 or AMD RX 6600 XT (around AMD and Nvidia’s lower-mid range). But that being said, the retail price is sliding under its rivals by a solid $50.

Intel has a lot to prove as the newcomer in a duopoly that’s been going strong for decades. As Dave says, “They’re competing with the juggernauts.” It makes sense for Intel to compete on price, especially as its game drivers might make it difficult to beat the established players on performance.

For more in-depth looks at the PC market and what it means for you, be sure to subscribe to PCWorld on YouTube. Oh, and check out HotHardware while you’re there!