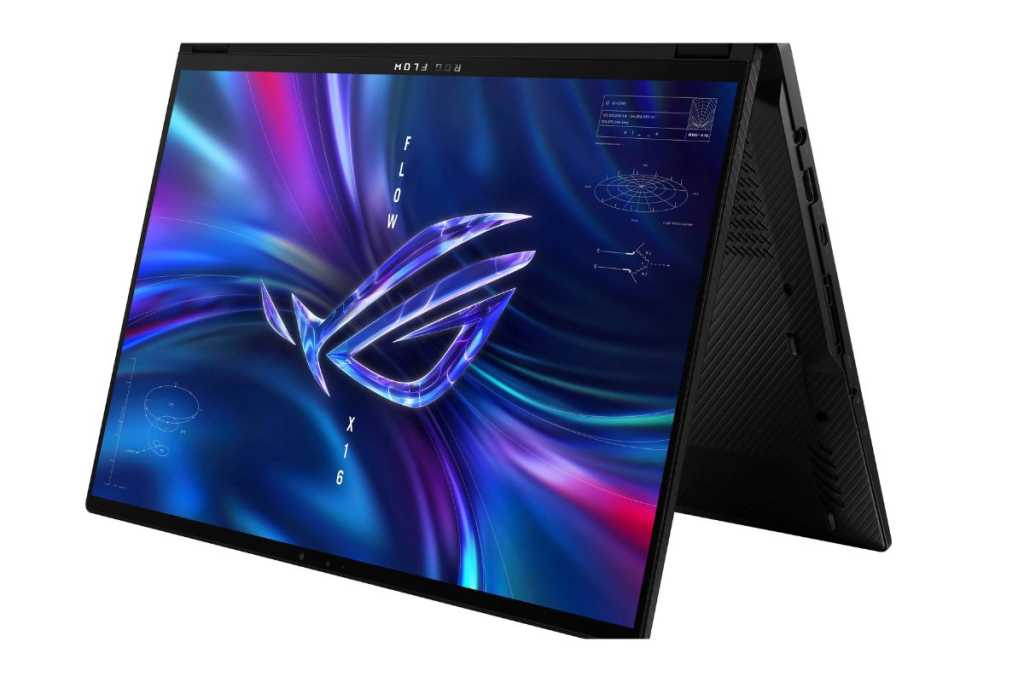 If you’re looking for a gaming laptop that’s versatile and can do it all, the 16-inch Asus ROG is worth considering. Best Buy’s currently selling it for $1,749.99, which is a savings of $250. Not only does it have a touchscreen, but it’s also a convertible. That means you can rotate the screen around 360-degrees and use the laptop like a tablet. That’s something of a rare feature among gaming laptops, as most people tend to use them as traditional clamshells at their desks. Let’s dive into the specs, yeah?

The Asus ROG is powerful and should be able to run most older games on high or ultra graphics. It’s rocking an AMD Ryzen 9 6900HS CPU, an Nvidia GeForce RTX 3060 GPU, 16GB of RAM and 1TB of SSD storage. The touchscreen display measures 16-inches and has a resolution of 2560×1600. The maximum refresh rate is 165Hz, which is nothing to sneeze at. You should expect a relatively sharp and vibrant picture as well as smooth video. Connectivity options aren’t too shabby, either. You’re getting one HDMI, two USB Type-A, and two USB Type-C.

This is an interesting find and a pretty good deal to boot. You better nab it now before it’s gone.

Get the Asus ROG touchscreen gaming laptop for $1,749.99 at Best Buy