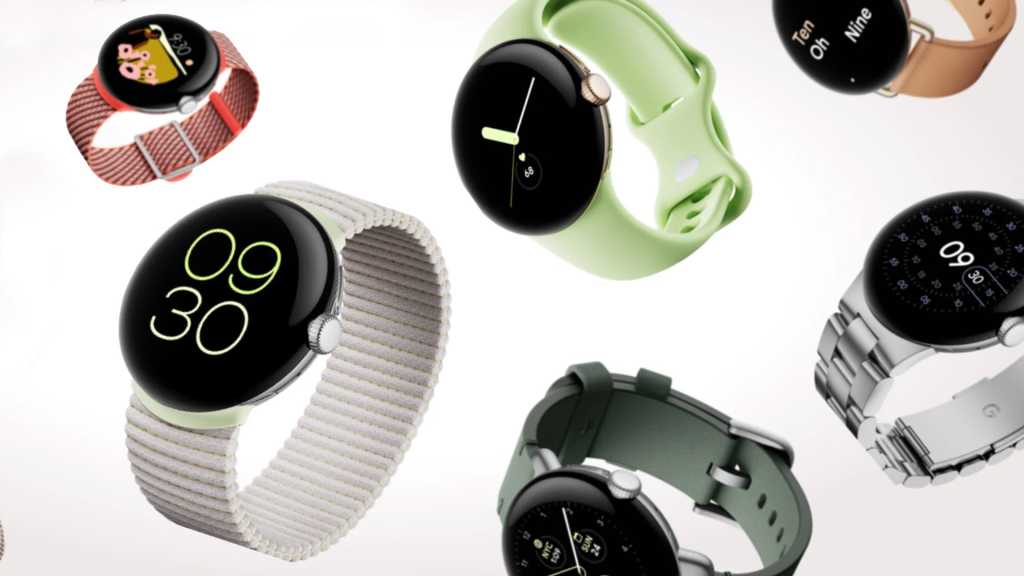 While showing off its latest Pixel phones at its yearly hardware debut, Google also announced the first fruit of its union with Fitbit: the new Pixel Watch. This device has been highly anticipated, because not only is it the first Fitbit device to fully benefit from Google’s software, it’s the first device powered by the Wear 3.0 OS to come from a manufacturer other than Samsung.

The Pixel Watch effectively has two identities. It’s both the flagship for Google’s latest refresh of its wearable brand, and the most expensive, high-end Fitbit smartwatch. Though it doesn’t have Fitbit’s branding in the name, the software’s health metrics are powered by the popular system, tying directly into the Fitbit app (not Google Fit) and its extensive collection of tools. The watch tracks heart rate every second with heart rate variability tracks resting heart rate and sleep patterns and includes the ECG features from Fitbit devices like the Sense.

On top of that, it includes on-device GPS, active minutes, 40 exercise modes (matching the new Versa 4 and Sense 2), and has water resistance up to 50 meters. Buyers get six months of Fitbit Premium to test out the service’s walled-off features.

The 41mm-wide size makes the Pixel Watch the biggest device to feature Fitbit tracking, and at “up to 24 hours” of battery life, also the shortest-lived. Google didn’t say how much that battery would be affected by activating GPS or the LTE radio.

But this is a Google watch, too. The Pixel Watch includes all of the standard Android-adjacent tools that Wear users will recognize, especially the ones that activate with an “Okay Google” command.

The watch also gets access to turn-by-turn directions from Google Maps and easy payments via Google Wallet. With a minimal design, a stylish crown, and proprietary flush bands, it’s stylish enough. But that big, circular build might be a bit chunky for users with small wrists.

On the hardware side, the Pixel Watch uses an Exynos 9110 chip from Qualcomm, 32GB of onboard storage for apps and music, and 2GB of RAM. The curved body is made of recycled stainless steel and 3D Gorilla Glass over an AMOLED display that can boost brightness up to 100 nits. The Pixel Watch is compatible with Android 8.0 or later phones—notably omitting iPhone compatibility, as seen on some older Android Wear devices.

The Pixel Watch seems like a step forward for Android-powered wearables in both functionality and style, but dedicated Fitbit users may be put off by its large size, high price, and short battery life. It’s up for preorder now in black, stainless steel, and “champagne gold” colors with various bands.