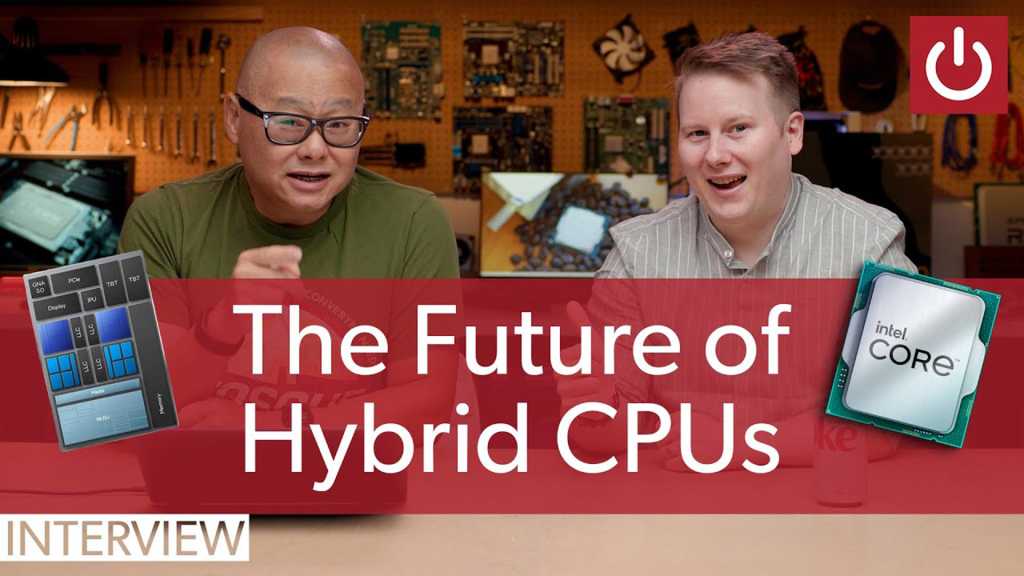 Today’s high-end CPUs are all about cores, cores, and more cores. For example, the brand new Core i9-13900K has twenty-four of them. On paper that sounds like it’s better than the top-end Ryzen 9 7950X and its sixteen cores. But remember that while all of AMD’s CPU cores are the same, Intel splits its cores between performance (P) and efficiency (E) cores, in what’s known as a hybrid setup. Confused? Then you should watch the latest PCWorld YouTube video, where TechTechPotato’s Dr. Ian Cutress breaks it down for us.

In a lot of ways, Intel’s performance/efficiency core setup mirrors the most popular mobile chip designs, specifically Arm’s big.LITTLE setup. And while “efficiency” cores are certainly less powerful than the primary cores in any given CPU, they’re no slouch — the E cores in the new Raptor Lake CPUs have the same power as Skylake primary cores from the Core 6000 series. Not bad for multitasking and background operations!

AMD doesn’t have hybrid CPU designs for consumers — it’s all-performance, all the time, with “Eco mode” used as an alternative to power-saving efficiency cores. But its new Zen 4c chips for servers and other industrial applications, do have “c” cores that are more power-efficient and assembled into processors with up to 128 cores. We might see some of that development trickle down into the consumer space at some point.

Check out the full video for a deep discussion on the current and future state of hybrid CPU designs for desktops and laptops. And once you’re done, be sure to subscribe to PCWorld on YouTube. And check out the TechTechPotato channel for some of the most intense chip analyses around!