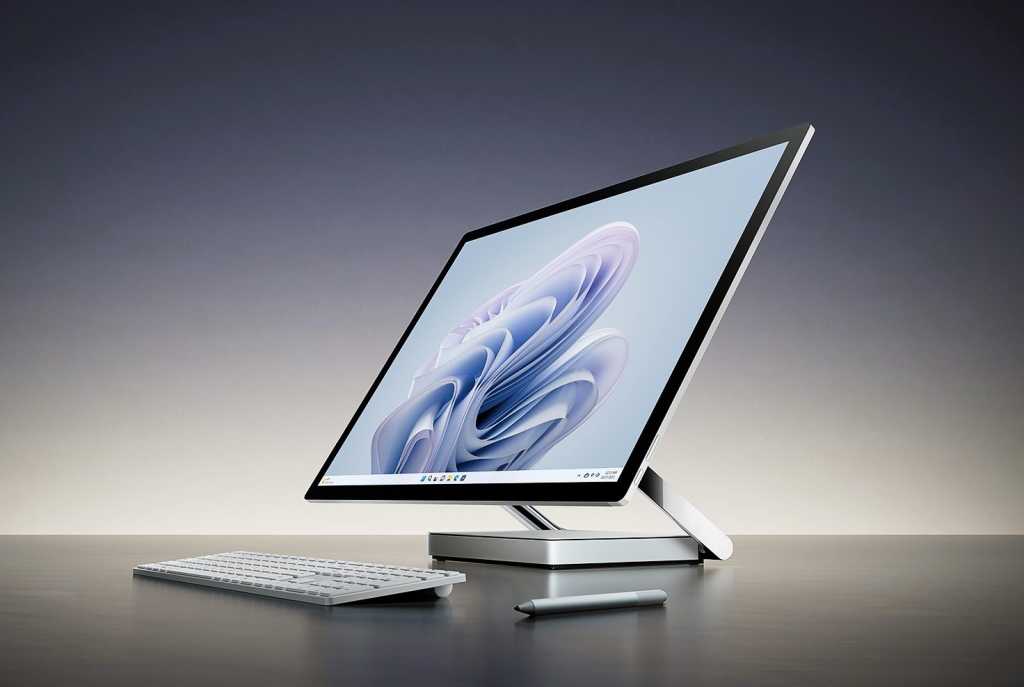 Otherwise, little has changed from its predecessor. The focal point of the Surface Studio 2+ remains its massive 28-inch (4500×3000) touch display, which absolutely commands attention as it rises majestically from its undersized base via a “zero gravity hinge.” Nevertheless, enthusiasts are likely to be disappointed by two key facts of this launch: No, there’s no standalone Studio monitor yet, and Microsoft has continued to use mobile components inside the Surface Studio 2+.

So what’s changed? Microsoft has made the leap to a semi-modern mobile Core processor, though the 11th-gen Core (as opposed to the modern, shipping 12th-gen “Alder Lake” chip) is a bit of a head-scratcher. Nvidia’s RTX 3060 GPU, however, makes more sense.

Microsoft will release the Surface Studio 2+ without the pen, keyboard, and mouse for $4,299.99 and with them for $4,499.99. A commercial version will be priced similarly.

Some of the upgrades to the Surface Studio 2+ are in line with Microsoft’s other Surface devices. For example, though there’s no hint of a standalone Surface Studio display, the inclusion of Thunderbolt 4 means that a Surface Studio 2+ buyer will have the option of adding an additional three displays—though at a “paltry” 4K (3840×2160) resolution, is it even worth it?

However, Microsoft’s Surface Studio 2+ does not ship with a 120Hz-capable display, perhaps an odd choice when Microsoft originally intended 120Hz to smooth and improve the digital inking experience, which is part and parcel of the Surface Studio lineup.

Microsoft is also making the Surface Studio 2+ far more manageable, in that virtually everything from the display to the PSU, thermals, motherboard, and hinge cover are now replaceable through a Surface Commercial Authorized Device Reseller. It’s doubtful that the Studio could be updated in this way, but we can dream.