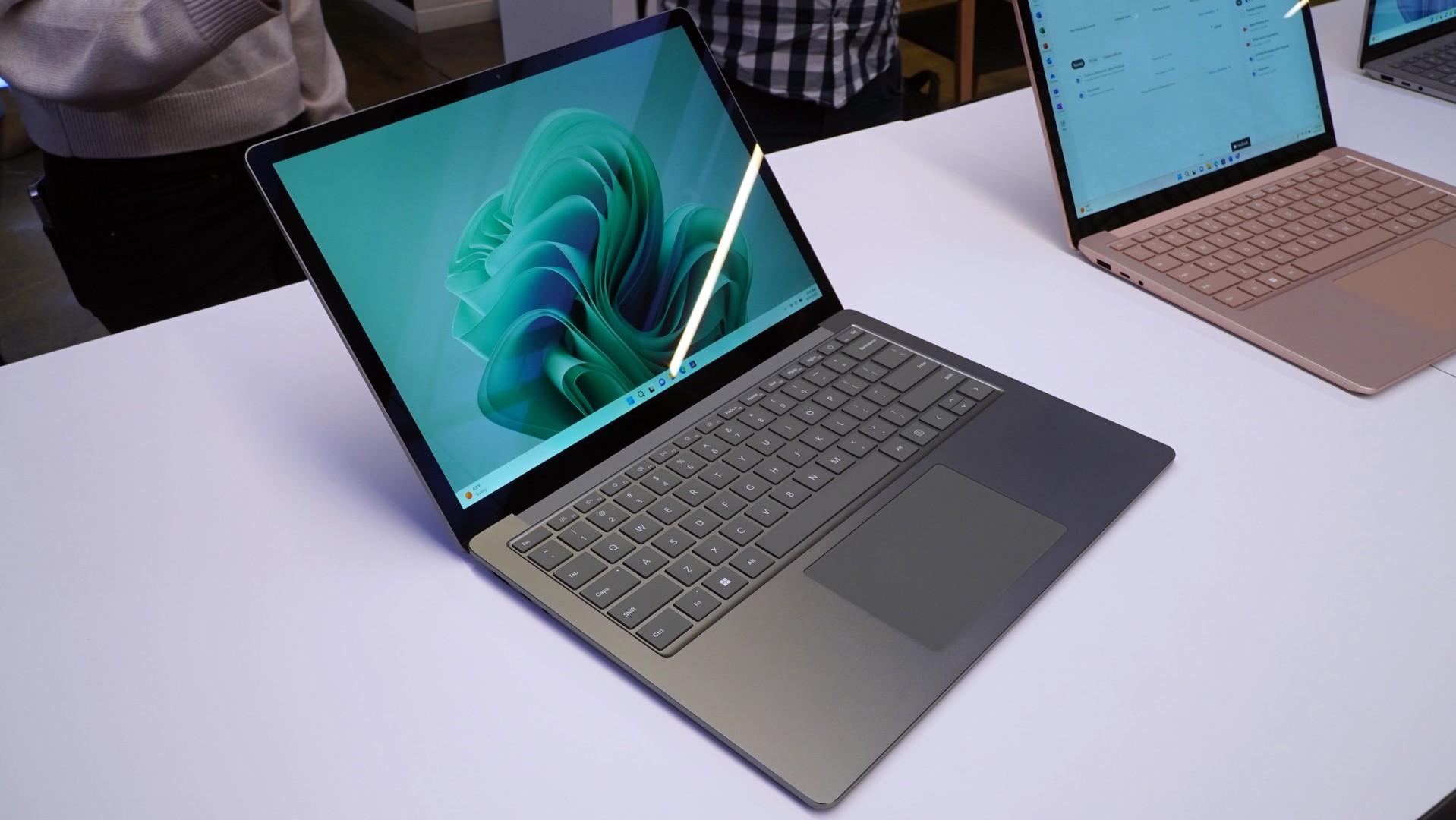 Pour one out for the AMD Ryzen-powered Surface Laptop. Despite impressive leaps forward for the Ryzen 6000 series, Microsoft’s self-branded machine is now an all-Intel affair.

Aside from the new 12th-gen Core chips inside the new Surface Laptop 5 and the addition of Thunderbolt 4, the only real change is a few admittedly gorgeous new colors. There are some key technical and design tweaks to know, though. Here’s what we discovered during hands-on time with the Surface Laptop 5 from Microsoft’s event.

I’ve heard this song before

That’s not necessarily a bad thing. 12th-gen Intel chips are the bees’ knees, unless you’re looking for the better integrated graphical power of AMD’s mobile chips. You’ll have to step up to the Laptop Studio if you want that extra oomph, because even the quite roomy 15-inch model has to settle for Intel’s Xe graphics. Maybe next year we’ll have an Arc version? Who can say.

Externally, the Surface Laptop 5 is as sleek as it ever was, whether you choose the 13.5-inch or 15-inch model. The screens are the same resolution as the previous models, but adds Dolby Vision HQ for HDR… which I can’t say made a huge difference. The excellent and quiet keyboard is unchanged, and comes with either an anodized aluminum deck or the eye-catching Alcantara soft-touch finish. Sadly that’s only on the smaller model, which also gets the gorgeous new Sage green color option. (Man, green gadgets really are in, aren’t they?)

On the left side of the keyboard deck you get one USB-C/Thunderbolt 4 port, a new addition that can handle up to two 4K monitors via a single cable. The handy USB-A port for older gadgets returns, as does a headphone jack, and on the right is the venerable and proprietary Surface Connect port. Dual speakers utilize gaps in the keyboard to redirect sound up to the user, and the 3:2 screen (slightly higher-res on the 15-inch model) is a divisive choice which nevertheless fits in with the rest of the Surface line.

Sleek as ever, now in Sage

As for the user experience, well, it’s a Surface Laptop. If you liked the previous models, you’ll like this one (unless you were attached to that AMD hardware). And if you didn’t, there’s nothing here that will change your mind. Microsoft’s style remains beautifully understated, and it includes features that show off the best of Windows’ capabilities, like Hello face unlock and compatibility with the Surface Pen. If you’re careful, you can replace the internal SSD, which is becoming a rare option for ultra-portable machines in this sleek design class.

Microsoft claims 18 hours of life for the 13.5-inch model, and oddly “only” 17 hours for the 15-inch version. Both are roughly in line with last year’s models — any differences you spot are likely to come down to how hard you push the hardware. But it’s worth pointing out once again that, at least on paper, the older AMD versions beat out the new Intel chips for longevity.