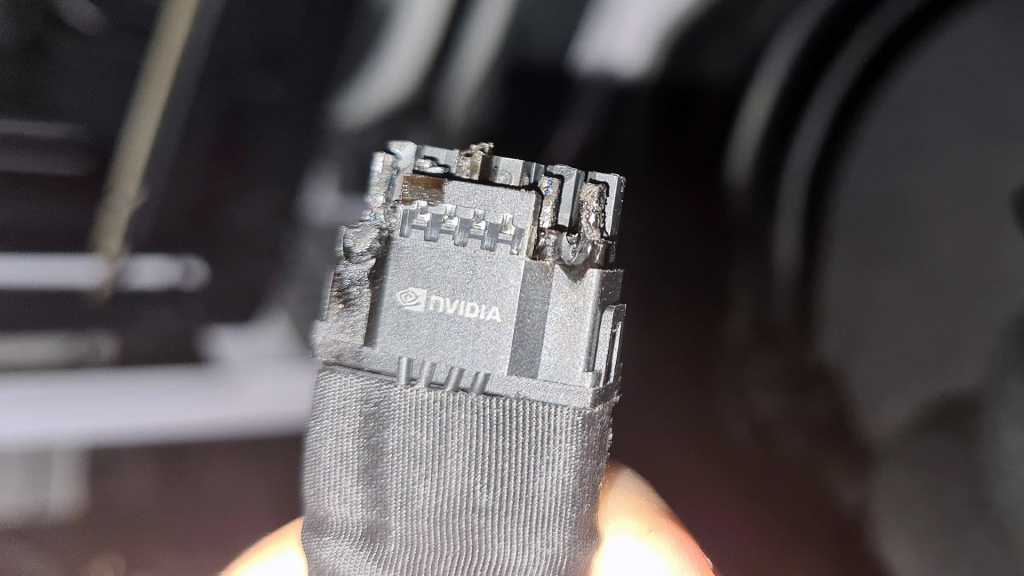 Nvidia’s latest graphics cards are absolute monsters, both in terms of size and power draw. In fact the ferocious GeForce RTX 4090 uses the brand new 12VHPWR 16-pin power rail design, featured on ATX 3.0 power supplies. Most people don’t have those new breed ATX 3.0 PSUs, however, so Nvidia included a 12VHPWR to 4x 8-pin adapter in the box for use with traditional power supplies. But on a small number of units, those fancy new high-wattage rails and connections seem to be causing problems with the power connection. Two separate Reddit users show the new ATX 3.0 rail failing, melting the plastic around the connector.

Speaking to The Verge, an Nvidia spokesperson said the company is investigating both incidents, contacting one user and reaching out to another. Exactly what’s happened isn’t immediately clear. Some are speculating that the new, tighter configuration of the power connection is causing the internal pins to be bent, or that tight quarters inside a desktop PC case necessitate bending the cables in an awkward direction.

Since its introduction, several sources have raised concerns about the new 12VHPWR connector design, which can handle up to 600 watts of power. (The RTX 4090 tops out at 450w.) CableMod explicitly warns buyers of the cable not to bend it vertically or horizontally closer than 35mm to the connection head, as doing so could loosen or misalign the power pins and create an uneven load.

YouTuber Actual Hardcore Overclocking has an excellent explanation of some of the weaker aspects of the new cable connection design, and where it might be failing under the wrong conditions.

It should be noted that at the time of writing, both Reddit posters were using the 4-head, 32-pin adapter designed to let the new cards work with older power supplies, so it could be an issue with the adapter and not the 12VHPWR as a whole. The RTX 4080, which will be released in mid-November, uses the same 12VHPWR connection and includes the same adapter cable.