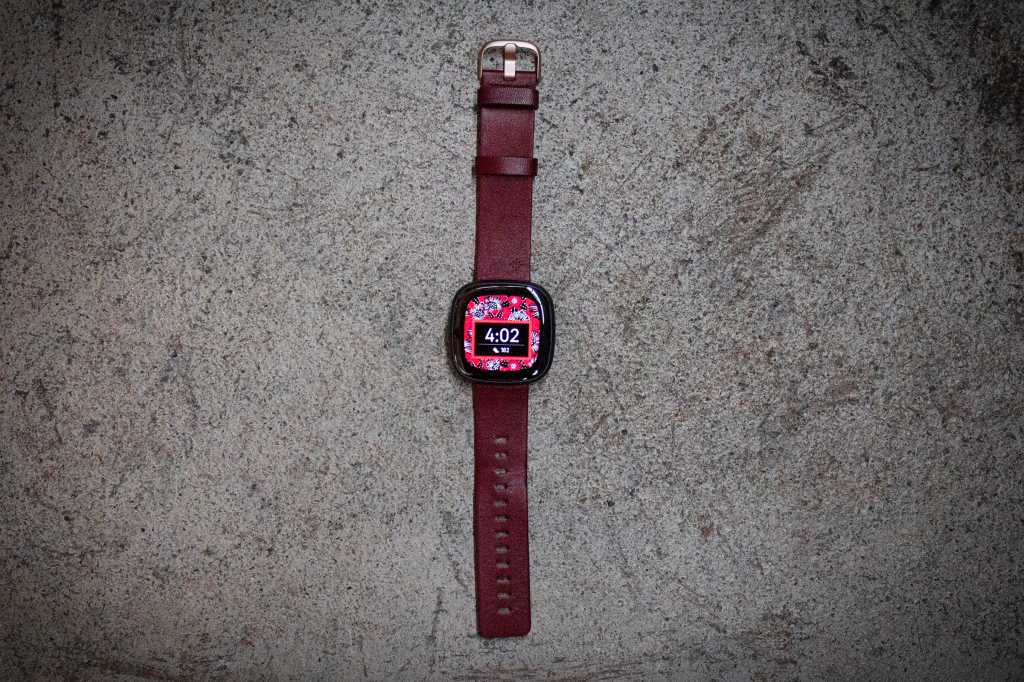 The Fitbit Sense 2 is a sleeker version of its predecessor with light hardware upgrades. And if it had the kind of smartwatch software features you’d expect from a wearable of this class and price, it’d be very easy to recommend. But due to puzzling design changes, it’s a nerfed version of the original Sense—which makes competitors like the Garmin Venu Sq Music Edition more appealing.

Hybrid smartwatches always live in two worlds. As part of the Fitbit family, the Sense 2 leans toward fitness tracking, with light smartwatch features. You can’t put one on and expect the experience of an Apple Watch.

But even given that design intent, the Sense 2 lacks the basics you’d expect of a $300 wearable. While the hardware offers nice improvements, its software goes unexpectedly backward, with features in the original Sense nowhere to be found. The result makes the Sense 2 feel stripped down—and tanks its appeal.

Note: This review is part of our ongoing roundup of the best Fitbits. Go there to learn about competing products, what to look for in a Fitbit, and buying recommendations.

Included with the Sense 2 is the tracker itself, small and large silicon-like bands, and a charging cable. You can choose between several body colors (black, silver, and gold); each comes with a different default band color. In a stroke of good news, the Sense 2 is compatible with the charger and wrist bands for original Sense and Versa 3, so if you’re upgrading, you can reuse your existing accessories—unlike with Fitbit’s less expensive trackers.

The Sense 2 also features a physical button, rather than the capacitive one on the first Sense. As exciting as that news was during the Sense 2’s announcement, the button has a somewhat mushy feel—clicks don’t bottom out cleanly. It’s the kind of tactile feedback that makes one wonder if the button will start jamming toward the end of its life.

Fitbit’s sequel to the Sense should be an easy recommendation. As a souped-up fitness and wellness tracker, there’s much to like. It captures a boatload of data automatically—you get stats on steps, heart rate, and sleep, plus info that can clue you into the potential onset of illness or general health issues (skin temperature trends and blood oxygen saturation), possible heart-related health issues (ECG readings), and rising stress levels (continuous skin conductance). And the accuracy is decent enough to keep most number nerds happy, though you may find some variation compared to the Charge 5 and previous Sense. My resting heart rate estimates ran 2 to 3 bpm higher on average, which concerned me at first until I figured out it was the tracker, not me.

Several basic exercises (including running and biking) are also recorded automatically. Additionally, the Sense 2 can manually track an expanded set of other activities, with over 20 options like CrossFit, kickboxing, dance, and cross-country skiing. This broader array of options is a major improvement. Fitbit’s auto-tracking is limited to just six categories—walking, running, biking, swimming, elliptical, sports, and aerobic workouts—and its trackers (including the Sense 2) will try to apply these categories to whatever activity you’re actually doing.

For example, my dance sessions were splintered into irregular fragments labeled as “Sport,” “Aerobic Workout,” and “Swim,” mere minutes apart. Even when you are doing something that matches an auto-tracked activity, like walking, it’s not always as accurate as starting a manual tracking session. But fitness trackers have never been precision instruments; having an expanded array of activities for manual tracking helps balance the scales. You can also input health details like menstrual cycles and blood sugar readings in the Fitbit app, which is accessible through your smartphone or the web interface.

The Sense 2 makes having all this data on your wrist far more comfortable, too. It shaves both weight and bulk from the original Sense—enough to be tangibly felt, even if the differences seem small on paper. If you have a small build, you’ll no longer deal with slipping or sliding as with the chunkier, heavier original Sense (or skin irritation because you’ve had to pull the band extremely tight in compensation). This smartwatch also rarely gets caught on sleeves when putting on a close fitting jacket. I actually sometimes forgot I was wearing the Sense 2 until it buzzed with a notification.

Speaking of, vibration strength on this watch is superb. On the Light setting, I could already clearly feel notifications come through, even while in motion or driving. With other trackers, including other Fitbit models, that sometimes isn’t the case.

Battery life remains the same as the original Sense, with a rating of six-plus days. While not an improvement, it still provides plenty of time compared to full smartwatches that get a day or so at most. With the screen brightness set to normal, I got about seven days on average with moderate exercise (light daily walking, plus two sessions of strength training and two to three sessions of dance) and light notifications (average of two to six per hour, depending on time of day). You’ll burn through the battery much faster with heavier use, particularly if you use GPS to track your route.

Your first interactions with the Sense 2 will be utterly smooth. Setup is much faster than with the original Sense—no more having to manually configure Wi-Fi for the initial round of software updates. It just happens seamlessly.

The operating system has been revamped and streamlined, too. While the look isn’t dramatically different, jumping into modes or settings is far simpler. You will, however, to have to reorient if you’re accustomed to the original Sense, as where you swipe to access notifications and apps have flipped all about.

It makes for a good first impression, and these positives can seem dominant if you only monitor workouts and health. The crashing disappointment comes when you try to lean on the smartwatch functions of the device—because there are barely any.

Third-party app support is gone, for starters. You’re limited to just Fitbit Pay, Google Wallet, and Google Maps, and the latter two still have yet to launch.

Music support has also swirled down the drain. No more on-board storage or controls for Spotify and Pandora controls. It’s a huge downgrade.

Most dumbfounding is the removal of Google Assistant support. On the original Sense, you could use either Google Assistant or Amazon Alexa; now only Alexa support remains. How Google-owned Fitbit came to this decision is mystifying.

The changes to notifications are far less baffling, but still frustrating if you hate delayed information. Instead of rolling in one by one (as they did on the first Sense), a splash screen first identifies the app and, if multiple notifications are available, how many have been received. A short pause follows, then the most recent message or email is displayed.

This system is similar to that of Google’s brand-new Pixel Watch, but feels much slower. The Sense 2’s screen also fades in as it wakes, so it can feel like an eternity passes after flipping your wrist to see who or what messaged you. (The first Sense and the Pixel Watch do not have this transition to full screen brightness.) You can’t change any of this behavior in settings, either—your only choices are to like it, endure it, or pass on the Sense 2 all together. And when asked, a representative for Fitbit said that there are no plans to later enable third-party apps or Google Assistant support.

Without any official comment, knowing the reason for the Sense 2’s kneecapping is impossible. But given the timing of the Pixel Watch—just two weeks after the Sense 2—this outcome feels like Google attempting to guarantee the Pixel Watch’s success.

Regardless, the Sense 2 is an unfortunate victim of confusing design decisions. Despite its excellent hardware, it’s weak against the competition. For the same $300 price tag, you could buy the Garmin Venu Sq Music Edition, which has third-party app and music support, plus a longer-rated battery life (up to 11 days).

Alternatively, you could pay $50 more for a Pixel Watch (Wi-Fi model), which has more robust third-party app support and a user interface that feels faster. And though its battery life is dramatically shorter, you get cool features in compensation, like being able to take calls directly from the watch.

You can also just save money by leaning hard into the exercise tracking and opting for the $230 Fitbit Versa 4, which launched at the same time as the Sense 2. You’ll lose the skin conductance, ECG, and skin temperature sensors, but if the wellness tracking isn’t important, you can save $70.

Of course, you can just stick with the original Sense. If you don’t already have one, you should be able to pick one up at a solid discount as retailers clear their stock. The Sense 2 is more of an incremental update, and unless you deeply yearn for that new cEDA sensor, you’re not missing much. In fact, you’d be gaining features.