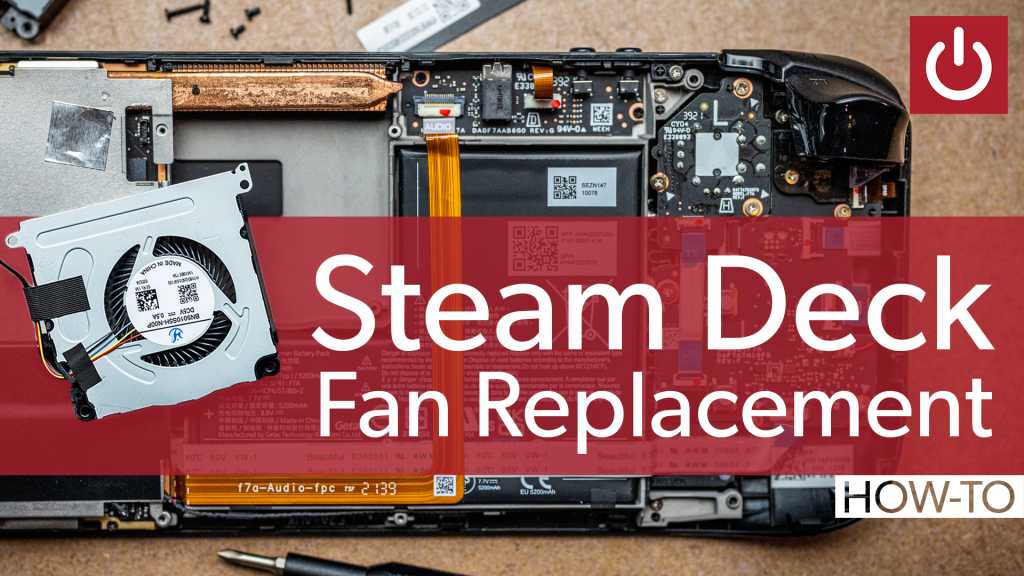 The Steam Deck is rapidly becoming ubiquitous, sort of the original Game Boy for the modern gaming generation. But one of the many differences between now and then is that Valve has been so open about inviting owners to mod and upgrade its hardware. One of the easiest changes you can make is to swap out the noisy, high-RPM cooling fan that comes with the Steam Deck for a quieter version. Adam Patrick Murray guides you through the upgrade process in the latest PCWorld YouTube video.

Before you start, you’ll need a few parts. First and most obviously is the replacement cooling fan kit, sold by iFixit. The kit packs a fan from manufacturer Huaying, which is already installed on some Steam Decks, while others get a near-identical part from Delta that is much noisier and grating. The iFixit kit is $30, which might seem like a lot for an electronic fan about the size of a poker chip. But it comes with one of iFixit’s excellent bit drivers, two Philips bits, full metal angled tweezers, and a set of “guitar pick” opening tools — everything you need for this process. You might want to grab a few cups or bowls, too, just to keep the different-sized screws from rolling around.

Once you have your tools and parts together, make sure the Steam Deck is completely powered down and lay it on the front. Take out your MicroSD card if you have one installed, then remove the eight screws holding the rear cover on (note that the four outer screws are longer than the inner screws). Then, starting at the shoulder buttons, use your opening tool to gently pry the rear of the plastic body up, following the central seam around the device’s edge.

The Steam Deck’s cooling fan is front and center on the rear. Gently remove the piece of foil tape covering the hidden screw in the board shield (the big blank piece of metal on the left), then remove the three screws holding it in place and take the shield off. With that finished, you can unplug the Steam Deck’s battery from its mainboard. (Adam skips this precautionary step in the video, because he is a naughty boy.)

With the sticker gone and the fan unplugged, all you need to do to get it out is remove the two screws holding it to the body, sitting right above the “panhandle” of the battery. (There are spots for two more screws, but you already removed them when you took off the Steam Deck’s rear cover.) With the two screws removed, you can pull the fan right out of the body. To install the new fan, simply put it into the resulting hole in the Steam Deck’s guts and perform these steps in reverse.

Replace the two screws to affix the fan in place, plug its 4-pin power connector to the mainboard, replace the heatsink sticker, plug the battery back into the mainboard, replace the board shield, screw it down with its three screws, then place the bit of foil back over the central screw. Place the rear plastic body cover back on the Steam Deck and snap it tight to make sure all the seams are in place, then replace all eight of the body screws. You’re done!

If you’re going from the Delta to the Huaying fan, you should notice a definite drop in noise, especially when the Steam Deck is running a high-end game and really hitting its CPU and GPU hard. For more fun nerdy PC videos, be sure to subscribe to PCWorld on YouTube!