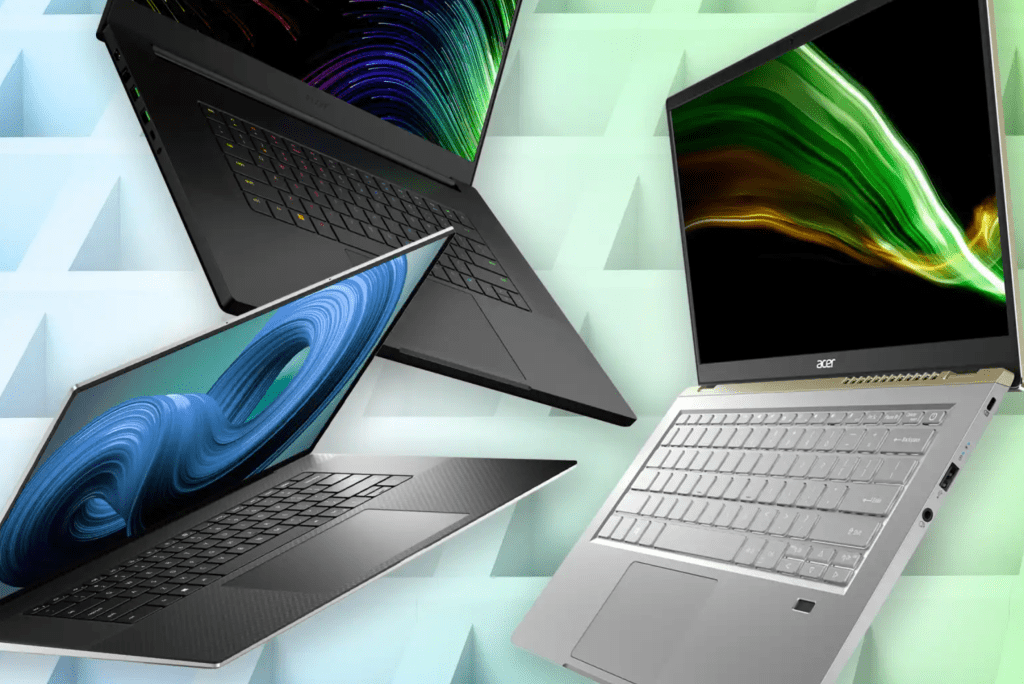 Black Friday is a great time to look for discounted laptops. Whether you’re on the prowl for a gaming rig or a low-powered Chromebook, there’s no better time to take the plunge. But why wait until the main event to get your shopping done? The early deals are already here.

The team at PCWorld has put together a list of laptop deals from all over the web. We’ve included deals from laptop manufacturers like Dell and Acer, as well as deals from other online retailers like Costco and eBay.

After you’ve had a good look at the laptops we’ve highlighted today, head down to the bottom of the article to learn more about what to expect from Black Friday and Cyber Monday.

Sometimes all you need is a barebones machine. Personally, I use a low-powered laptop for writing and watching Netflix. I like the simplicity.

The HP Pavilion Aero is zippy enough for day-to-day tasks and the minimalist aesthetic is chic and sophisticated. It also weighs a little over two pounds, making it a capable traveling companion.

If you need a little more oomph, you should consider a content-creation laptop. These machines typically have high-resolution displays and powerful components. Essentially, they’re designed to handle more resource-heavy tasks like video editing.

The Dell XPS 17 has a gorgeous 17.3-inch 2400p display with a 16:10 aspect ratio. The taller aspect ratio makes a world of difference when scrolling through multiple documents.

Calling all gamers! There’s no better time to scoop up a blisteringly fast gaming machine. The laptops below are both powerful and reasonably priced. These machines should be able to run most games on high graphics settings. However, you may want to dial things back on more demanding titles.

The Gigabyte Aorus is a great value. The combination of an Intel Core i9 CPU and an RTX 3080 Ti GPU is fantastic for the price.

Convertible laptops are a fantastic option for the frequent traveler. You can prop them up like a tent for video conferencing or fold the screen all the way back and, voila, you’ve got a tablet! The picks below are powerful, versatile, and lightweight. Hope you find something that catches your eye.

The Microsoft Surface Pro 8 has a detachable keyboard, which can be removed from the tablet portion of the laptop. This versatility is nice, especially if you travel often and have limited space in an airplane seat.

Black Friday 2022 is on Friday, November 25, the day after Thanksgiving. If you’re an eager deals hunter, you’ll definitely want to mark this date on your calendar. While you’ll see some good deals throughout the day and over the weekend, we recommend logging on as early as possible, as availability changes at a breakneck pace during this time.

When is Cyber Monday?

Cyber Monday 2022 is on Monday, November 28. To take advantage of the best deals, we suggest logging on at midnight. This gives you the best chance to snag a deal on something you want before stock runs out.

Which retailers have the best Black Friday laptop deals?

You should definitely scope out Lenovo, HP, Dell, and other laptop manufacturers’ websites. Online retailers like Amazon, Newegg, and Best Buy will also have solid deals, no doubt, but probably not as wide a variety as you’ll find from the manufacturers themselves.

Which laptops does PCWorld recommend, the deals notwithstanding?