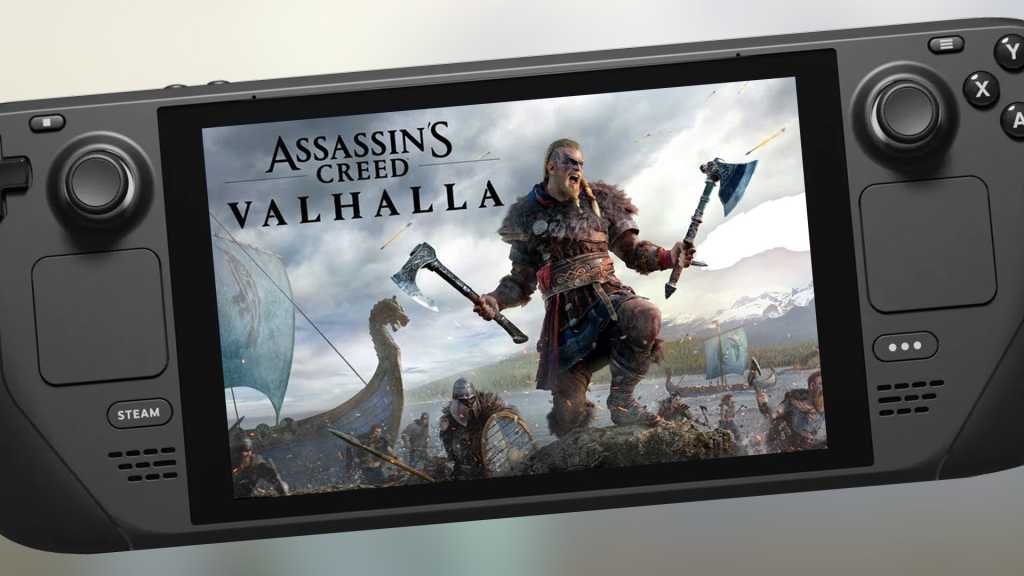 Ubisoft is one of the biggest entertainment companies on the planet, and a remarkably platform-agnostic one at that. The company has major releases on every platform and console, including mobile and cloud — heck, it was even a quick and steady partner for game streaming services like Google Stadia and Amazon Luna. It’s strange, then, that every time the company releases a new AAA PC title, you have to look outside of the de facto PC gaming marketplace, Steam, to buy it. The company’s newest games are only available on Ubisoft’s self-branded store or Epic.

But according to a Github project that crawls Ubisoft’s launcher code for tidbits of information, that may not be the case much longer. “Steam” versions of both Assassin’s Creed Valhalla and Roller Champions were found in the program’s code, and Ubisoft Connect information was recently spotted by SteamDB (and reported by PCGamer) as well. This indicates that Ubisoft is certainly considering a return to the Steam marketplace, if not actively working towards that goal.

Ubisoft made a hard break from Steam and its erstwhile competitor Valve in 2019, moving all of its newly-published titles to Ubisoft Connect (nee Uplay). It’s hardly the first huge publisher to do so: EA has Origin, Activision-Blizzard has Battle.net. But EA is now offering PC games for sale on Steam again, and so is Activision. Despite ostensibly wanting their own walled gardens to keep users engaged with brands as well as individual games, the allure of hundreds of millions of active users is hard to resist.

Let’s assume for a moment that Ubisoft does intend to return to the Steam marketplace. What’s changed, aside from the simple desire to reach more paying customers? I’d venture there are a couple of factors in play. One, Epic’s Games Store is getting more crowded, just like Steam was a decade ago. With more AAA publishers on the store, Ubisoft’s games aren’t as unique and appealing anymore. It’s no longer the biggest fish in a little pond.

But perhaps the bigger draw is the Steam Deck. Valve’s portable gaming PC is a literal game changer, and if you’re not on Steam, you’re not invited to the company’s Linux-based SteamOS, either. While it’s possible to run Windows on the Steam Deck, the vast majority of users stick with its built-in software and launcher, running Windows-only Steam games through the default Proton compatibility layer. It’s still possible to run Ubisoft games on the Steam Deck, but you need to do so in Desktop Mode, and there are compatibility and performance issues. It’s far from an ideal experience.

The mind of a gaming executive is an unknowable miasma of quarterly reports, microtransactions, and licensing fees. But if I had to guess, I’d say that selling directly to Steam Deck owners is a bigger carrot than trying to force PC gamers into Ubisoft Connect. And besides, it’s not as if Steam doesn’t play nice with third-party game launchers already, to the grumbling of gamers everywhere. We’ll have to wait and see when, and if, Ubisoft makes its less-than-triumphant return to the bigger pond.