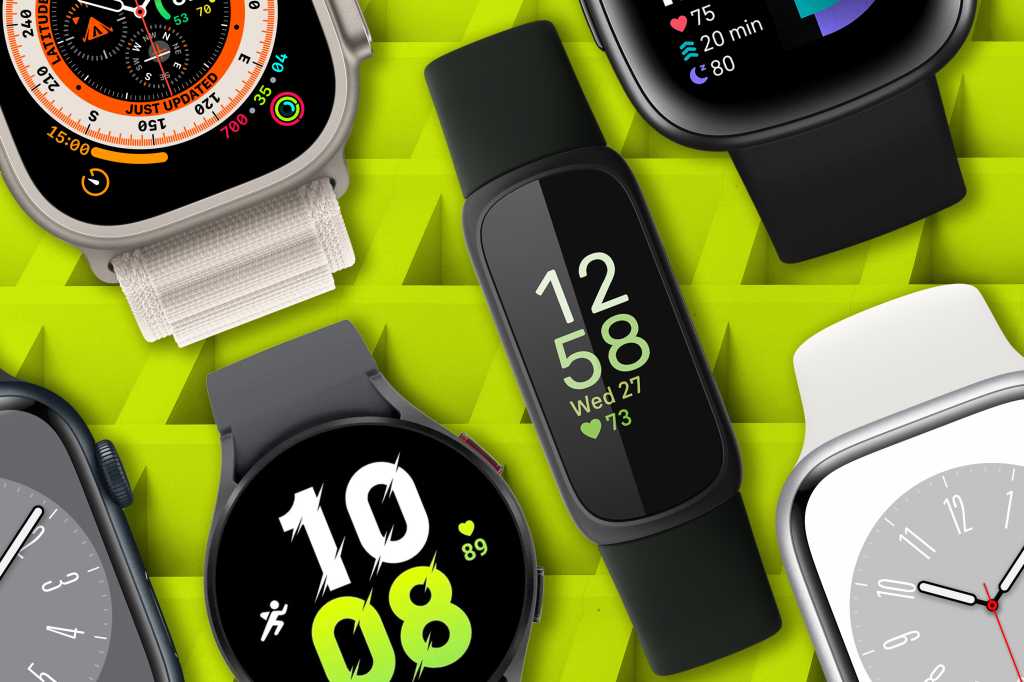 Black Friday smartwatch deals have already begun, with retailers offering deals on watches from Apple, Fitbit, Garmin, and Samsung. While we’d normally advise you to hold out until Black Friday itself, many retailers are offering price protection, so you can purchase a watch now with confidence of scoring the best price.

We’re already seeing some great discounts on fitness-focused watches from the likes of Fitbit and Garmin. We’re also seeing some rare deals on premium smart watches from Apple, Google, and Samsung. We’ll continue to track down the best smartwatch deals leading up to and during Black Friday and highlight them below.

There are already steep discounts on smartwatches from Amazon, BestBuy, and Walmart. But it’s still early, so if none of these models appeal to you, keep your eye out here for more great deals over the next few weeks.

The Fitbit Versa 3 is a rock-solid fitness tracker and at 32% off on Amazon right now, it represents a great value. Additionally, if you’re looking for a rugged smartwatch with built-in GPS for your outdoor adventures, then you might consider picking up the Garmin Forerunner 45 on BestBuy. It’s currently on sale for the lowest price we’ve ever seen it.

For Apple fans, the Apple Watch SE is on sale for a staggering 36% off on Walmart. It’s a generation behind the current model, but it’s still a great smartwatch with most of the features you would want. Also, Amazon is currently running a deal on the rarely discounted new Apple Watch Series 8 for 12% off. If you’re more connected with the Google ecosystem then the brand new Google Pixel Watch is also on sale for the first time at 14% off on the Google store.

Black Friday 2022 will fall on Friday, Nov 25th. However, many retailers have already started to offer great discounts on smartwatches.

What should I look for in a Black Friday smartwatch deal?

When looking to buy a smartwatch there are a few things you should consider. First and foremost, you’ll want to make sure that the smartwatch is compatible with your smartphone’s OS. Buying an Apple Watch only to figure out that it won’t work with your Android phone is a bummer to say the least.

Next you should decide what features you want in your smartwatch. Are you a fitness buff? Then choosing a smartwatch with fitness tracking features such as workout tracking, heart rate monitoring, and GPS are great things to have. FitBit and Garmin are the leaders here.

Or are you looking for a smartwatch with a vast library of apps to use? If so, your best bet is to go with an Apple Watch or Samsung Galaxy model, as they currently have the largest app rosters available. One other feature you’ll want to take into consideration is personalization options. Things such as swappable watch bands and color options can be important if you want different styles for your smartwatch.

Which smartwatches does PCWorld rate the highest?

What are the best early Black Friday smartwatch deals?

We’re currently seeing good deals from BestBuy, Amazon, and Walmart. All of the most popular brands are on sale with the highlights being Fitbit and Garmin. The amount of smartwatches on sale will likely continue to increase as we get closer to Black Friday and retailers discount more of their inventories.