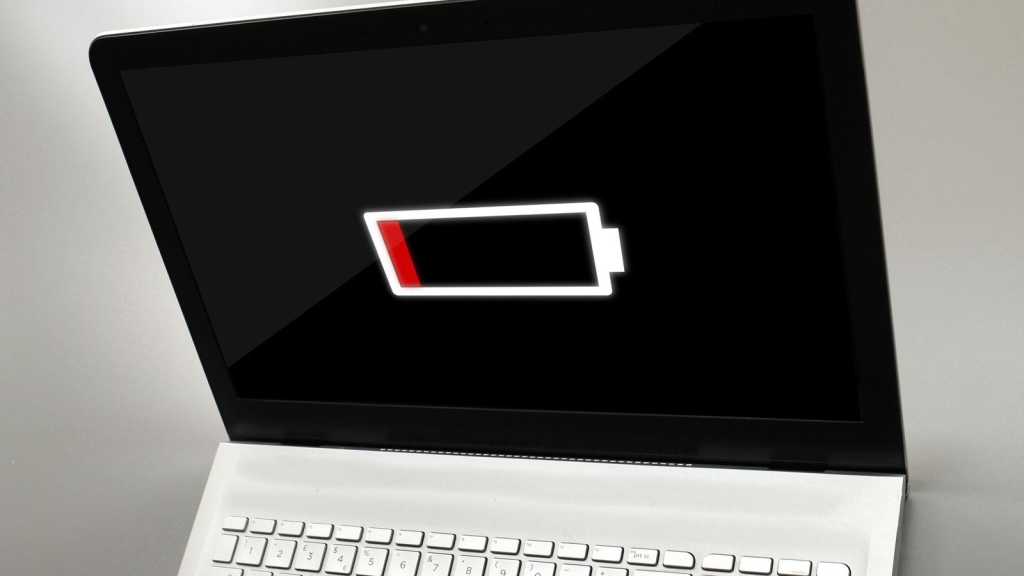 Most laptop and CPU makers encourage you to upgrade your PC because its performance can’t keep up with the latest hardware. But there’s another, more compelling reason that’s largely ignored: Your laptop’s battery life will become significantly worse as time goes by.

How much your laptop’s battery life will diminish depends on a number of factors. But here’s my anecdotal report, based on my day-to-day use: In just a year’s time, my laptop’s battery capacity has dropped by a whopping 16 percent.

That’s a real-life number, based on real-world use. Though I swap back and forth between a number of test laptops for various uses, I typically leave a Surface Laptop Studio plugged in during the day; it’s also the test bed for powering my evaluations of the best Thunderbolt docks. As our Surface Laptop Studio review indicates, it’s an excellent (though pricey) laptop, and perhaps Microsoft’s best.

At the end of a typical workday, I flip off the power strip to save power, and the Surface Laptop Studio discharges. It’s not quite the same as dropping it in my backpack to take to work, but the charge-discharge cycle is about the same.

By now, you should hopefully be aware that charging and discharging your laptop’s battery reduces its lifespan—but, realistically, preventing that is not always possible. Ideally, managing your laptop battery means never quite letting it discharge fully, and never letting it totally charge to 100 percent, either.

More manufacturers are including applications to at least prevent you from charging your PC to 100 percent, and the Surface Laptop Studio should do that, too, via the Surface app. If you don’t own a Surface, check the system utilities that ship with your laptop—chances are you’ll find a relevant control. It’s a good idea, especially if you’re always close to a desk, to make sure you have that functionality turned on.

In my case, I discovered that I had either flipped that setting off and forgot about it, or, more likely, the feature stopped working. At some point the Windows 11 Taskbar began showing a small exclamation point next to the battery, which also appeared in the battery submenu in the Windows 11 Settings. I couldn’t find anything wrong with the battery, but after checking the Surface app I was unable to turn on smart charging. Clicking the button simply wouldn’t work.

So that’s not that big a deal, right? Well, no. We use the excellent, though hidden, Windows battery report tool to learn more about how much battery power is available to a PC, and it’s a quick and effective reference. (See the linked story for details and how to use it.)

On October 13, 2021, the design capacity was 56.3 watt-hours, while the actual capacity was larger: 58.4Wh. But over a year’s time (135 complete cycles of charging and discharging, according to Windows), my fully charged battery capacity dropped to 48.6 watt-hours, a 16 percent drop.

Windows helpfully also estimates actual battery life times. This isn’t as accurate as you might think, because how you use the laptop may evolve over time. But, as a whole, it’s still generally meaningful, and what Windows told me wasn’t encouraging: From an active battery life of 9 hours 56 minutes in October 2021, Windows’ current estimate was just 7 hours 31 minutes for the Surface Laptop Studio’s battery life. Put another way, the laptop’s battery had fallen by nearly 2 hours and 30 minutes in a year’s time, an estimated 24 percent decrease in actual battery life.

Is this entirely accurate? It’s hard to check, but the basic point holds true: With Windows applying consistent metrics to arrive at its result, it’s a good indicator that the laptop’s real-world battery life indeed decreased by that amount.

What can we learn from this?

First, learn how to use the Windows battery report tool. The Windows 11 Settings control (System > Power & battery) will only show the battery state of your laptop for, at most, the last seven days, and without the details that we’re talking about here. Using the battery report tool requires opening the Command Line, typing in a line of code, then opening the resulting HTML file in a browser—a bit of a pain, but nothing too scary for an ordinary user.

Second, discover how to turn on smart charging on your PC to prevent it from fully charging, and thus wearing out your battery. Unfortunately, this isn’t something I can show, as it varies by manufacturer. (Microsoft’s support page recommends that you contact your laptop maker for more details.) HP’s Adaptive Battery is on by default on the laptops it supports, for example.

Remember that smart charging is different than what’s known as the “battery saver”—the latter is designed to preserve your laptop’s battery life and prevent it from running out of power while on the go, primarily by reducing its power consumption. Smart charging is an entirely different animal.

Third, it might be time to buy a new laptop this holiday season. If you have, say, an older 8th-generation Core chip inside your laptop, it might not be as fast as a new 12th-gen “Alder Lake” laptop. But your PC isn’t actually slowing down; it’s just become slower relative to the latest PCs. Its actual performance may still be good enough!

The lesson here is that your battery is actively degrading, and doing so perhaps faster than you think. We’re already on the lookout for both early Black Friday laptop deals as well as the best daily sales on laptops. If you agree with us that it’s time to start looking for a new PC, we’ve got you covered.