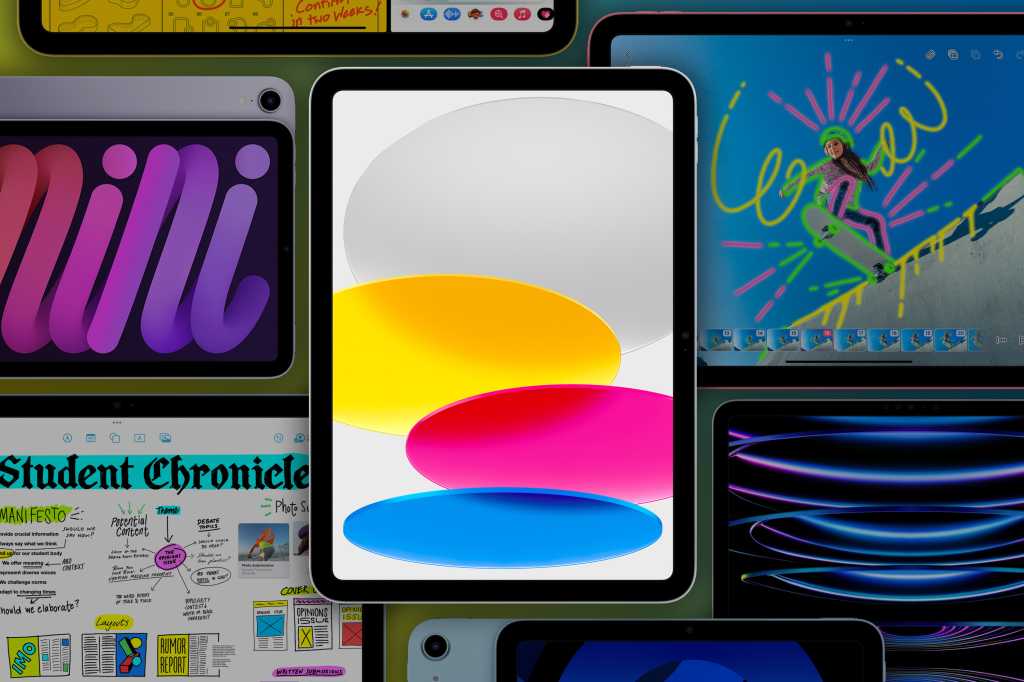 iPads are always in high demand, which means they’re usually difficult to find on sale. But if there’s a good time to find a deal on an Apple tablet, it’s on Black Friday or Cyber Monday. This is especially true if you want one of the most expensive iPad Pros, or if you’re okay with settling for an older model that’s still on the shelf. We’ve scoured the web for the very best iPad deals and discounts to be found.

If you want even more tech deals, be sure to check out our complete Black Friday/Cyber Monday coverage.

The last-gen standard iPad, with its square screen and physical home button, is also being sold—and it’s still the cheapest Apple iPad on the market. All of these designs are offered in at least two colors, multiple storage capacities, and in Wi-Fi or Wi-Fi/cellular models. Not sure which is for you? Then check out this exhaustive guide.

Are Cyber Monday iPad deals really worth it?

Because the iPad sells well pretty much all year round, it’s difficult to find dramatic discounts even on Black Friday or Cyber Monday. Meanwhile, Amazon Fire and Samsung Galaxy Tab series tablets do plummet in price during Black Friday/Cyber Monday. That said, if you’re in the market for an iPad, the deals we’ve highlighted above are definitely worth it. The models that get the deepest discounts are the ones that are a year older or more (and there are still plenty of new ones in retailers’ inventory) as well as the most expensive iPads, with high storage capacities and 5G radios. As the version with the newest redesign, the colorful 10th-gen iPad with its new USB-C port will be the hardest to find on sale.

What size iPad should I buy?

The iPad Mini is a wonderfully portable little tablet, but at 8.2 inches, it’s not much bigger than the biggest smartphones. The largest iPad Pro is huge—big enough to replace a laptop if you add a keyboard, but that also makes it a lot less portable. The 10- to-11-inch range seems to be the sweet spot for most users. If you’re unsure of the size to purchase, head to your nearest electronics store. It almost certainly has most of the models on display.

Should I upgrade my iPad?

Is your iPad broken, or does it feel slow and sluggish? Then yeah, it’s probably time to buy a new one. If not, feel free to wait a year or two—or longer. Apple’s software support for its tablets is second to none, and you’re probably not going to miss out on anything huge with an older model so long as it’s still working fine.

Do I need an iPad Pro?

For most people, the answer is “No.” The iPad Pro is a lot more expensive than the Air or the standard iPad because it uses a much more powerful processor, and includes extra features like Face ID and Thunderbolt connections. It also has access to more powerful multitasking. But all of this isn’t really helpful if you mostly use an iPad as a reading or video consumption device. Unless you’re trying to replace a full laptop with an iPad, keep that extra money for a nice case or bag.

How much storage does my iPad need?

That really depends on what you do with it. If you’re mostly surfing the web, answering emails, and watching streaming video, then the basic 64GB to 128GB of storage should be more than enough for you. But if you’re constantly downloading high-end games or saving HD video to your tablet, you’ll want some more.

Does my iPad need a cellular connection?

Do you want to take your tablet on trips and leave your phone at home? Then, yes, you could probably use the cellular upgrade (LTE on the 9th-gen iPad, 5G on everything else). If not, then no, you don’t need it. Instead, you can use tethering on your smartphone or local Wi-Fi pretty much all of the time. Also, be aware that cellular iPads need a separate data plan (and a monthly charge) in order to work off of Wi-Fi.

Should I get an Apple Pencil or keyboard?

The Apple Pencil is a worthy upgrade for anyone who wants to do some drawing or other artwork on an iPad. There are cheaper alternatives, but they’re not nearly as good. And even if you’re not an artist, there’s a certain pleasure in using the iPad like a pencil and paper. (Especially if you’re signing digital paperwork frequently.) Keyboards are more situational, and really only useful in the same situation as a full laptop. If you think you need one, you absolutely don’t need Apple’s expensive accessories — save some money on a wireless board from Keychron or Anker instead.

When is Black Friday this year?

Black Friday 2022 begins on Nov 25. But the iPad deals have already begun, and will likely continue through Cyber Monday.