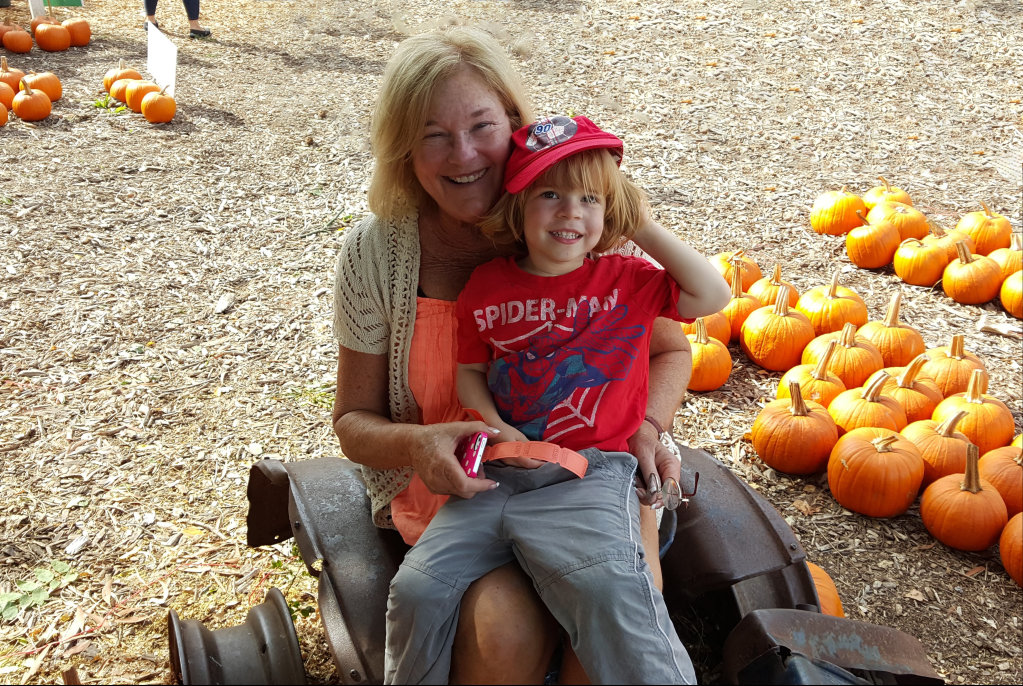 This isn’t a tech story. This is a life story.

My mother, Kathleen Hachman, passed away at the end of October. Cancer. She fought it for about eight years, trying various treatments, but they eventually couldn’t keep up with the disease that overcame her.

She bought a wig, and fooled my two boys, her only grandchildren, into thinking that was her natural hair. She visited every weekend, including during the pandemic. We would play Uno with separate decks, across the yard, because we were all worried that she would catch covid.

She chose to spend her last months at home, while my father, her husband of over 50 years, took care of her. This was the man who broke his shoulder and didn’t want to go to the hospital because my mother was in chemotherapy at the time. Who had driven my little brother to chemo time and again, several years prior, before he succumbed to cancer, too. And who has cancer, himself.

Maybe this isn’t a life story. This is a memory story.

I was born before the internet, before smartphones, before the ubiquity of cameras and social apps and oversharing. My mother was born in an even earlier age, where photos were memories. She never volunteered to be in photos. I don’t think she took a selfie in her entire life.

I always intended to interview my mother and grandmother, asking them about their early lives, what it was like growing up, raising a (my) family, and so on. I feel like an absolute failure for never doing so. Instead, at least, I have photos and video of my mother and father with my kids—at birthday parties, soccer games, family stuff. Practically every vacation we took they came along, just to be there. My mother set a goal of living until my eldest son could enter high school, and she achieved that. Not by much, but she hit her deadline.

What I’m trying to tell you is this: Use that phone.

If we’re friends on Facebook, you know: I rarely post. I don’t really care about sharing my social life or victories or whatever bull people share to be seen as successful and validated. I record memories, privately. Some visual trigger that will prompt me to recall a day, a time, and a feeling. But more and more, I find that photos aren’t enough. Video matters far more.

Record how your child laughs, or how your mother smiles and tells a joke. That’s what will keep those memories alive. Tag that video—or use the facial recognition services that a service like Google Photos offers and archive it. Reach out to family and friends and ask what video recordings they have. Bring them together inside a shared online folder. Store them, for the days that you’ll need them.

Your smartphone camera is now the primary way you will hold on to the memories of your family, friends, and loved ones. Video, which is also right at your fingertips, can be stored just as easily as more and more online storage becomes available. Back it up, either in the cloud or on an external hard drive.

While your friends and family are still around, video them. Yes, it seems intrusive to me, too. But at a certain point you’re going to have to tell the loved ones in your life that this is for you, not for them, and that it’s going to be these memories that you turn to when they’re gone. That this is the moment to have their voices echo through the days and weeks, and eventually years and even generations.

I played baseball competitively, through college, and my mother would play catch. She would warm me up. For years (and why she did this, I don’t know) she would put on a pair of gardening gloves instead of a baseball mitt, take me to the park across the street, squat down, and I would throw fastballs and breaking pitches to her. This was a woman who refused anesthetic at the dentist. She would power through it via force of will and her perpetual, unfailing optimism that she, and her family, could weather anything life threw at us.

I have no record of this, just my own, internal memory that will disappear once I’ve gone.

I know some of you don’t have the kind of relationship that I had with my mother—well, all of my family, to be honest. I’m sorry for that. But if you do, remember that the holidays are coming up. Throw me under the bus; I don’t care. Just tell them that you saw some dumb article on the internet, and you thought, well, it’s the holidays—can you just record a message that I can listen to during the rest of the year? They don’t even have to know the real reason you’re asking.

We believed that my mother had weeks or even months left. I worked from the early morning until after midnight on both the Surface Pro 9 review as well as the Surface Laptop 5 review, straight through the weekend, just so I could finish up and then spend as much time with her as I could. She died shortly after, unexpectedly, and I had just one last day while she was aware of my presence.

I’ve been told that no death is easy, that everyone dies with some sort of regrets. There are no tutorials for how to let a loved one finally pass on. But there are lessons to be learned, and to be passed along to those who have the time to learn them.