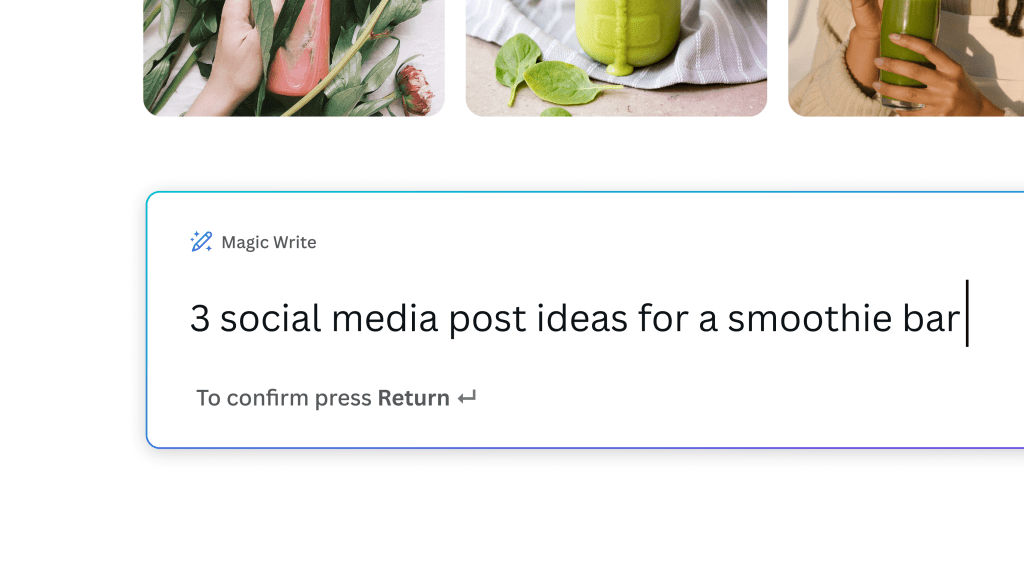 Today, Canva announces Magic Write, a text-generation tool that can generate everything from ideas for blog posts to a cover letter. But AI text is quietly — and probably inevitably — moving into more products you’ll use on a regular basis.

AI art is already there. Microsoft Designer, a visual design tool that seamlessly integrates text-to-image AI art is in preview and should eventually be part of Microsoft 365. But rival Canva, which staked out its own text-to-image AI art space before Designer launched, is moving further into Microsoft’s territory with the new Magic Write feature for Canva Docs.

Somewhat surprisingly, AI text generation has become an advertising tool as much as anything. AI has quietly pervaded the copywriting field, with both paid as well as free services suggesting ideas, writing actual content, paraphrasing, and proofreading. It feels rather natural that Canva, a Web-based visual design company, has added Magic Write as a tool to help creatives target their audiences. There’s still room for dedicated copywriters, just like dedicated artists. But for “quick and dirty” text, AI is stepping in.

Magic Write feature uses the open-source GPT-3 algorithm to dynamically generate text on the fly, both for documents as well as projects. Generative Pre-trained Transformer 3 (GPT-3) is an AI model designed by OpenAI, and the foundation for dozens of other apps and services. It originally began life as a text model, understanding the relationship between billions of words, so Magic Write is essentially a return to its roots.

Canva is positioning Magic Write as a tool for avoiding writer’s block, generating ideas via AI rather than writing large blocks of copy. You’ll find Canva Docs on the main page of the Canva service, next to the “whiteboards” icon. Once you launch an actual document, you can click the “+” icon within the document itself and select the “Magic Write” option.

Canva executives demonstrated Magic Write in a briefing before the actual launch today, and the technology was fairly impressive. If you input “List 5 blog topics about the soccer World Cup,” for example, Magic Write suggested topics like “How hosting the World Cup can benefit a country,” and “How to follow the World Cup if you’re not a soccer fan.” The tool returned a short summary of San Francisco’s history when prompted by “Draft a 5-point outline of an essay on San Francisco’s history.” Magic Write generated a three-sentence introduction when asked to “write the affirmative case for using AI technology to write your first draft.”

Unfortunately for Canva, a competitor has already zoomed by.

Magic Write pales in comparison to ChatGPT, which emerged from OpenAI late last week. OpenAI designed the GPT-3 algorithm at the heart of Magic Write, but ChatGPT uses a more sophisticated GPT 3.5 algorithm instead. There’s a stark contrast between the two; at least in what Canva demonstrated, Magic Write was both simpler and shorter in its answers. ChatGPT could go on at length.

Canva calls Magic Write a beta. Cameron Adams, co-founder and chief product officer, said that Canva is trying to build the feature with its community, “to try and see what they use it for,” he said in an interview. “What they find useful, like which workflows they use it in and what they end up doing with it.”

Canva also hinted at a forthcoming paraphrase function, which would take third-party copy and rewrite it. On today’s Internet, some unsavory sites use paraphrase tools to rewrite original content. In response, Adams said that Canva had “put in a bunch of checks for copyright claims and trademarks,” and “fed them into the input.” “And those protections are put in there to protect the intellectual property of organizations and individuals,” Adams said.

Jen Thompson, a product manager for Canva, also said that Canva’s Magic Write wouldn’t — yet — go the extra mile and suggest followup topics or additional content. “We’re making sure that we do it step by step, to make sure that we don’t do anything that is going to harm the wider writing community,” she said.

When will we see AI in Microsoft Word?

Still, you can’t help but feel that these sort of innovations will emerge in more mainstream tools. Today, both Google Workspace’s Docs and Microsoft Word will correct grammar and spelling, and suggest phrases to speed up typing and composition. Outlook will also suggest phrases, coworkers and documents to address. However, neither Google nor Microsoft use AI in the way that either Canva or ChatGPT do.

Microsoft holds a license to GPT-3, and reportedly is the only other external licensee to do so. Though Microsoft hasn’t introduced ChatGPT-like text generation, it did launch GitHub Copilot earlier this year., which uses AI to actually generate code from text prompts.

Kevin Scott, the chief technology officer at Microsoft, said Tuesday that he expects the pace of AI to continue. “I think with some confidence I can say that 2023 is going to be the most exciting year that the AI community has ever had,” Scott said in an interview Microsoft published. “And I say that after really, genuinely believing that 2022 was the most exciting year that we’d ever had. The pace of innovation just keeps rolling in at a fast clip.

Interestingly, Scott was asked about adding AI to Word — and he avoided the question. But Scott said that he himself has a built a personal GPT-3 AI text tool for his own use. “With this experimental tool, I have been able to get the logjam broken” Scott said. “When I wrote a book the old-fashioned way, if I got 2,000 words out of a day, I’d feel really good about myself. With this tool, I’ve had days where I can write 6,000 words in a day, which for me feels like a lot. It feels like a qualitatively more energizing process than what I was doing before.”

When asked to comment on AI appearing in Word, a Microsoft representative said that the company had “nothing to share at this time.”

It seems clearer, then, that Microsoft could implement a version of ChatGPT within Word. Microsoft already powers Designer via its Azure cloud. Google has its own computing infrastructure. How and when Microsoft will implement AI-powered text generation seems like the questions, not if.

Updated at 8:37 AM PT on Dec. 7 with a comment from a Microsoft representative.