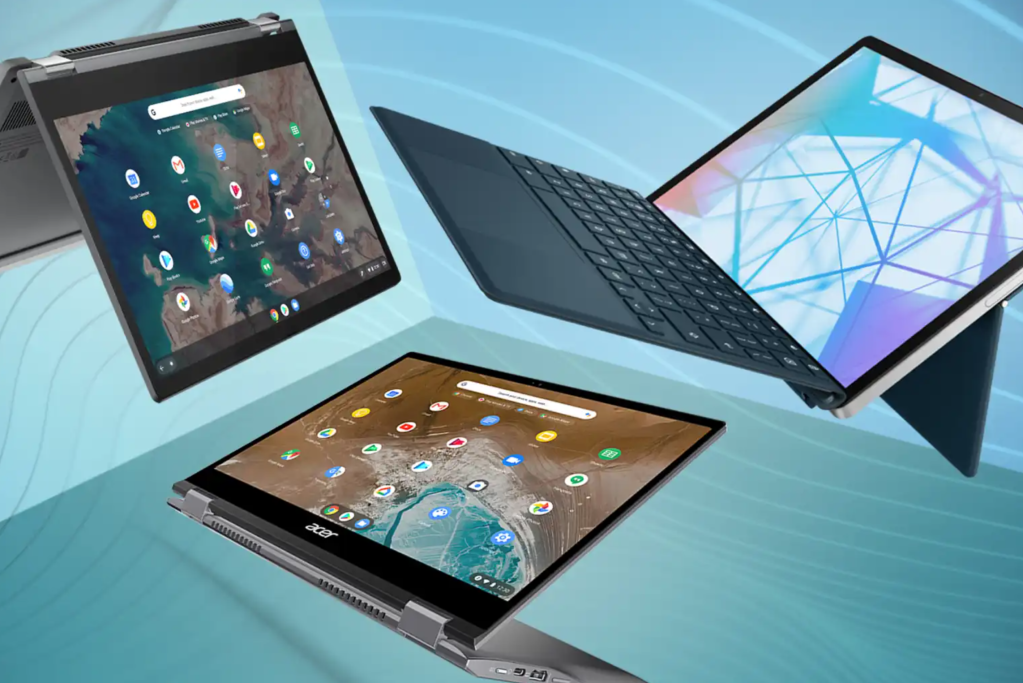 Whether you need a new computer for school or as an inexpensive device for the family to use, Chromebooks are a great option for those looking to save money on a productivity machine. Chromebooks are capable of handling most every productivity task a Windows of MacOS laptop can do, but they are often more affordable and boast really long battery life.

For more information on Chromebooks, check out our list of the best Chromebooks to help you make the right decision, or our laptops versus Chromebooks explainer to help you understand the finer points between the machines. Additionally, if you’re considering a laptop instead, be sure to check out our best laptop deals, updated daily.

In the budget category, the $119 Asus 14-inch Chromebook is a great value with a 1080p screen, 4GB of RAM, and a decently fast processor. Don’t worry too much about SSD storage space as Chromebooks are so cloud-focused that it shouldn’t be a deciding factor.

In the midrange category, the Flex 5i will offer more performance than the Flip C433, but it won’t be too much and the $80 back in your pocket is hard to pass up. We generally consider a Core i3 to be more powerful than a Celeron N4020, which is more powerful than the MediaTek MT8183, though not by that much. A laptop-class processor like at Core i3 or a Ryzen 3 will top all of those, easily.

If you have a bit more money to spend than the HP Chromebook x2 with its 1440p display comes with the best screen on offer right now, but it’s also the smallest so you will need to decide if quality or size are more important.

What should I look for in a Chromebook?

For a respectable Chromebook, look for the following specs: an Intel Celeron N4000 chip or higher, 8GB of RAM, and a 1080p screen. A Pentium Silver N6000 processor is a step up from that. A Core m3-8100Y should be satisfactory, although the midrange or premium Chromebooks include laptop-class chips like a Core i3 or an AMD Ryzen processor.

More memory, such as 8GB rather than 4GB, will allow for more open browser tabs and a smoother browsing experience. A 1080p screen will offer a more comfortable viewing experience. Hard drive storage really doesn’t matter too much, though you should at least aim for 32GB in order to store apps, screenshots, and the like.

If you’re familiar with our laptops versus Chromebooks explainer, you know that one of the potential gotchas is buying a Chromebook whose support window expires soon. We try to factor that into our picks above, so you won’t get stuck with a Chromebook that will lose support in the near future. But be sure to double check these things before purchase so you don’t end up without support should your Chromebook encounter issues.

There are a lot of retailers that offer Chromebook deals, and scouring through all of them would take you a lot of time—that’s why we do it for you here and highlight the best deals we find. However, to save you some time and any potential headaches, you need to be smart about where you look at any given time of the year.

If you’re looking for a new Chromebook during the holidays or around popular sales events such as Black Friday or back-to-school, there are often great deals directly through the retail storefronts of popular computer manufacturers such as HP, Dell, Samsung, and Lenovo.

However, if you are looking in between sales events, it can be a good idea to check out large third-party retailers such as Amazon, Adorama, Walmart, BestBuy, and Target. Oftentimes these websites will offer time-limited Deals of the Day sales in order to get rid of excess stock. On the plus side, you can score still-decent Chromebooks at a steep discount this way.

What is the difference between a regular laptop and a Chromebook?

When people talk about regular laptops they usually mean a PC or Mac. A Chromebook is still a laptop, but it differentiates itself from either of those two by using a unique operating system called Chrome OS, which was created by Google. Think of it like this: All Chromebooks are laptops, but not all laptops are Chromebooks.

Unlike other operating systems such as Windows or macOS, Chrome OS is optimized to run Google apps such as Google Drive, Google Docs, YouTube, and other Google services. Because most Google apps are online, Chromebooks generally require an internet connection to use most of their important features.

Finally, Chromebooks have historically been designed with portability, ease of use, and affordability in mind rather than top performance. They typically forego the faster, high-end hardware that PCs or Macs can use for a more minimalist, lightweight approach to computing.