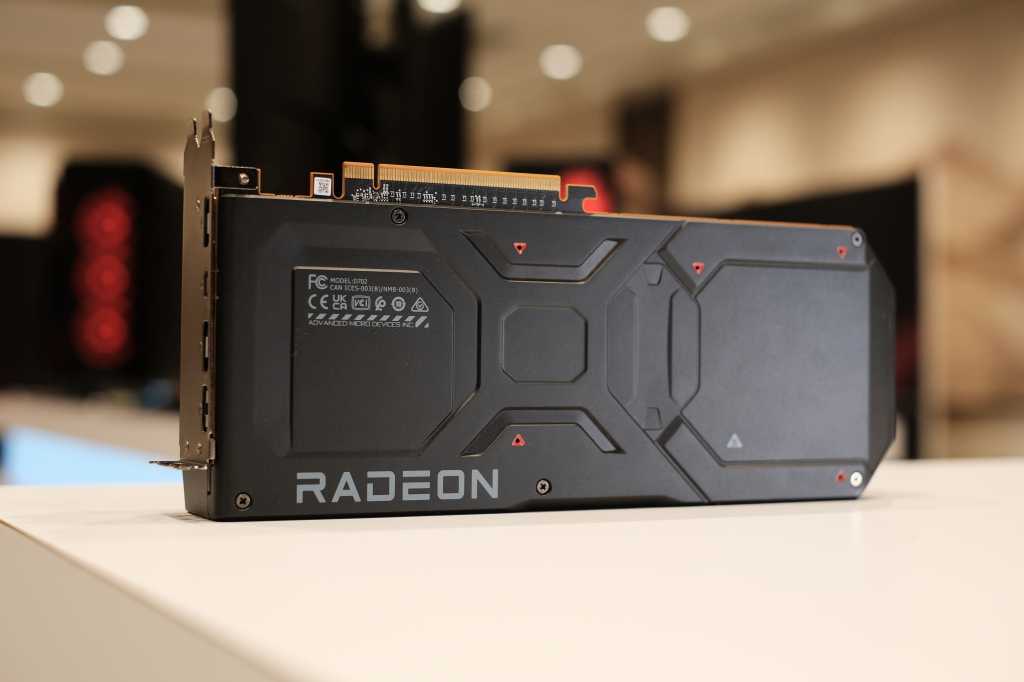 It’s a hard truth, but AMD’s Radeon graphics cards have never been particularly amazing in content creation or live streaming workflows. CUDA runs the world for video editing, and the AMF/VCE video encoder on AMD cards historically doesn’t hold up to the competition. But RDNA 3 and the Radeon RX 7900 series might change all that.

I only had limited (remote) access to one of AMD’s next-gen GPUs for testing, but I couldn’t resist testing the encoder capabilities on this new generation and seeing how the updates fare. Spoiler alert: There’s a lot to like now.

Welcome to the AV1 era

Resulting from AMD’s acquisition of Xilinix, RDNA 3 GPUs now have Xilinix hardware onboard for the “New dual media engine.” AMD’s press conference did not provide much information to go with on this. The wording implies the “dual” nature is just the “simultaneous encode and decode” capacity, which virtually every modern GPU can do—it’s just worded to sound like it is a similar improvement to the dual AV1 encoders in Nvidia’s content creator-friendly RTX 40-series graphics cards.

The hardware change brings us AV1 encoding capability on AMD’s new Radeon cards, too! Currently only supported in the OBS 29 beta, the updated encoder implementation still needs a work, but it’s very promising.

Quality-wise, it’s honestly hard to see any major differences between low-bitrate AV1 encoded on AMD, Nvidia, or Intel hardware—which is great news! For recording and archival usage, AMD’s new AV1 encoder definitely keeps up with the competition and brings that (expected but uncertain) feature parity to next-gen AMD users.

When pixel-peeping to really see who’s AV1 encoder performs best for the upcoming AV1 streaming future at low bitrates (3.5mbps and 6mbps tested here), AMD’s AV1 quality seems to fall squarely between Intel and Nvidia, where it frequently looks noticeably more blocky or blurry than Nvidia’s encoding, but doesn’t get as blurry as Intel sometimes does.

Intel and Nvidia still trade blows for who has the best quality in these scenarios, but AMD still can’t keep up.

It’s nice to see that there’s some quality improvement here , especially since Nvidia is done updating H264 quality and I would be surprised if future Intel generations saw improvement on the legacy codec, either—but I was, admittedly, hoping for more.

It’s unclear if this quality bump is due to better hardware taking advantage of more intense software config here (such as AMD’s claimed “AI” or machine learning means of improving video quality), or if these encoders are running on new hardware. I’m inclined to believe H264 and HEVC are still encoding on older AMD hardware, as in Task Manager the older codecs are shown to be encoding on different hardware than AV1.

For recording, archival, and an AV1-streaming future, AMD’s new graphics cards will do what creators want. AMD fails to be competitive for a H264-streaming here and now, however, which is disappointing to still see. 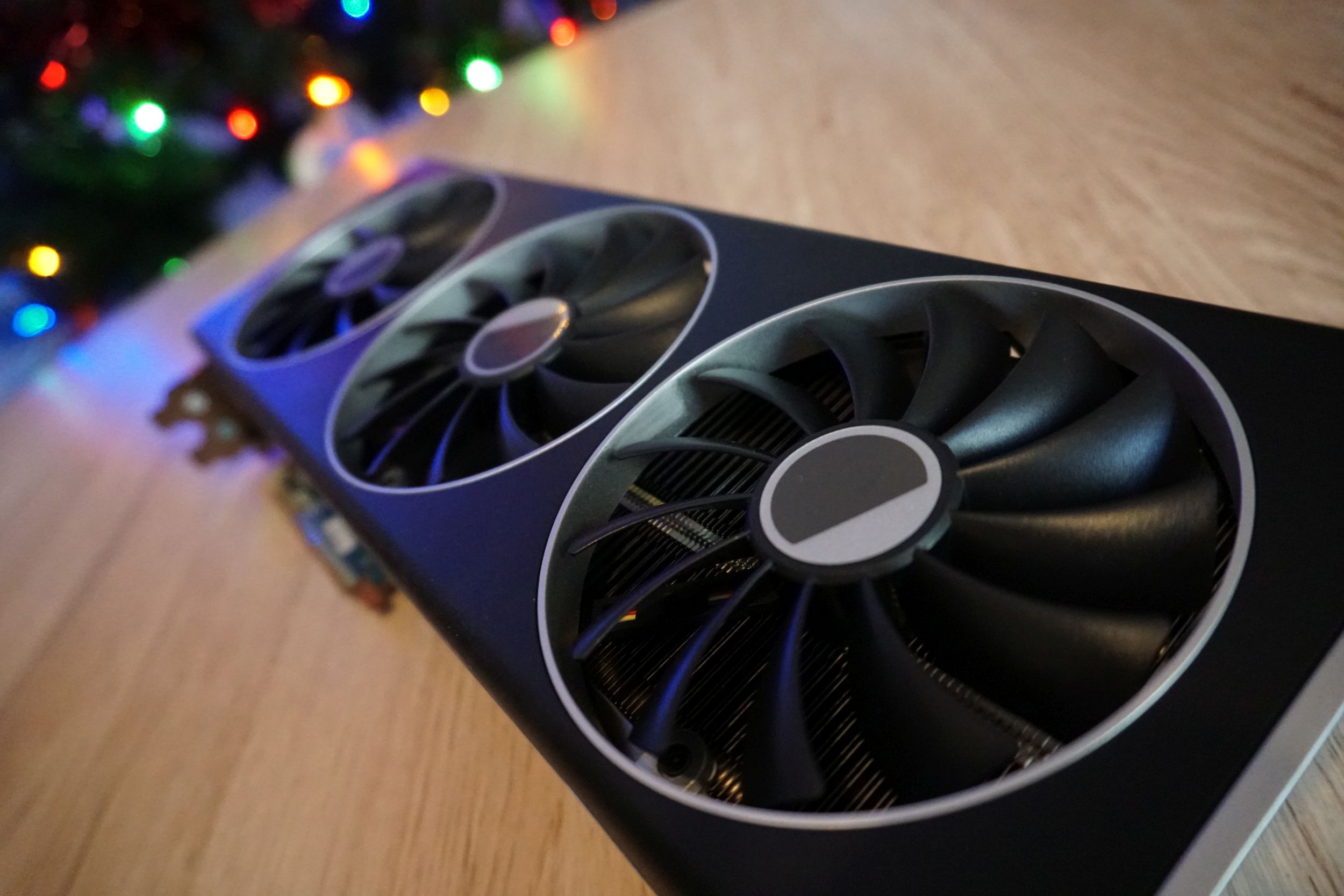 The awesome news is that this generation seems to have no driver lock on encode sessions. That means you can encode as many concurrent streams or videos as you want until the hardware starts to lag. I queued up to 6 encodes at once before the Ryzen 9 7950X CPU in the machine got too bogged down decoding the source footage over and over. That’s great. Nvidia currently has a driver limitation of 3 encode sessions at a time, despite the hardware being capable of far more.

Encoding more than two sessions at a time is tricky, however, as the new “High Quality” preset for AV1 pegs the video encoder hardware at 100 percent usage with just one 4K 60FPS encode, and I found it incredibly easy to trip into encoder lag territory with both OBS Studio and AMD ReLive. This means you will end up with a stuttery or slideshow-like video if you’re not careful. Above 1440p, I found it most reliable to use the “Speed” preset (not available in ReLive) which means you’ll need to use higher bitrates to maintain the same level of quality.

On the bright side, this card would be a wonderful choice for Plex server users wanting a lot of simultaneous encodes—once Plex adds support for this hardware, at least.

I’ll have to investigate full creator workflow testing in the future once I actually get hands-on with AMD’s new cards, but I did run a quick DaVinci Resolve benchmark using Puget System’s PugetBench, running on the Radeon RX 7900 XT rather than the flagship XTX. It is important to note that my test bench for this run used an AMD Ryzen 7950X CPU instead of my usual 12900k test bench (since I only had remote access) but the results are promising.

The Radeon 7900 XT seems to beat out last-gen’s RTX 3080 and 3090, which is impressive. It still has a long way to go to match the new RTX 4080 and 4090—but hopefully the beefier Radeon RX 7900 XTX can make up that difference. The 24GB memory capacity on the card is certainly welcome for video editing.

Based on their communication choices, I still can’t help but feel that media and streaming is an afterthought for AMD’s limited resources (compared to Nvidia) but they are finally starting to claw back performance in these categories. For people doing AI upscaling, video editing, or AV1 encoding, I finally feel confident recommending AMD cards to creators, especially given how cheap they are compared to Nvidia’s expensive GeForce options this generation. 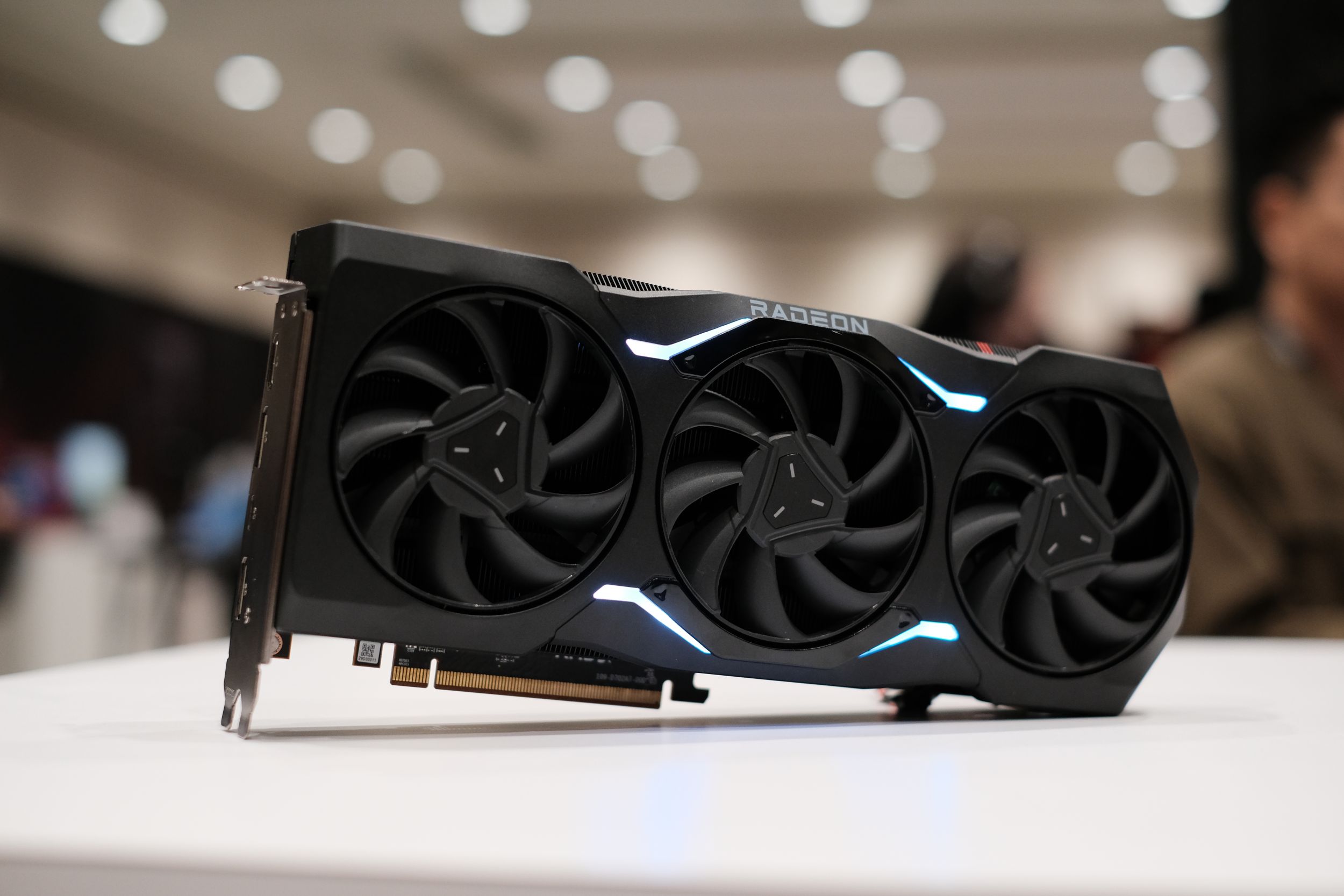 As the internet's Stream Professor, Adam primarily focuses on tech education with capture and encoding wizardry on his YouTube channel EposVox. When he's not testing the latest hardware and streaming tools, you can usually find him hiding in the glow of neon and CRT monitors playing with analog video and retro hardware.