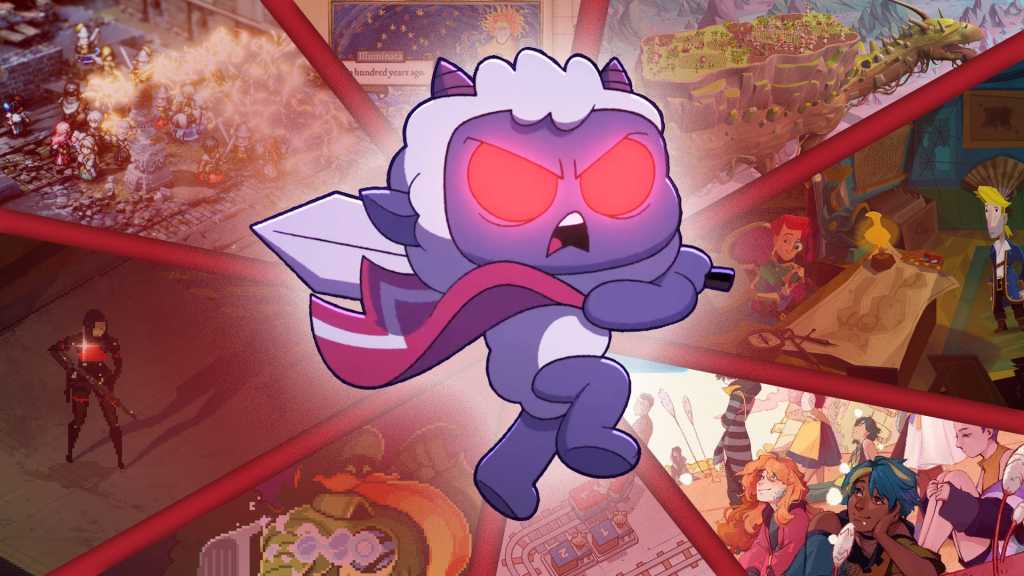 2022 was a fantastic year for PC gaming, especially since graphics cards are finally affordable again (sort of). But games like Elden Ring and God of War aren’t exactly available if you aren’t rocking some serious GPU wattage. That’s okay: the PC game marketplace is wide enough that there are still tons of fantastic new titles that will run on even on the rustiest, dustiest, and crustiest Windows computer.

If you use a low-power laptop or desktop, you can still play a huge assortment of games from Steam, the Epic Games Store, and others. As I’ve done for the last five years running, I’ve picked out the best and brightest games that will run even on low-power machines. (Oh, and it’s a nice bonus that most of these games come in well under the “new normal” $70 price tag—especially with the legendary Steam Winter Sale running right as we publish this.)

Here are my picks, in no particular order. Not enough? Check out the 2021 roundup too!

Railbound is a train-themed puzzle game that stars two heckin’ good puppers. (That’s dogs, for those who aren’t terminally online.) It’s your job to lay tracks, throw switches, and get cars attached to the engine in the right order. You’ll have to strategically lay the tracks and switches around environmental obstacles to make everything run on time.

Initially released on mobile, Raolbound’s adorable cartoon graphics hide a devilishly clever puzzle system. And with over 150 stages in the PC version of the game, you’ll have plenty of head-scratching challenges to get through. And yes, you can pet the dogs (thanks to a recent game patch).

Cult of the Lamb

Somewhere between Animal Crossing and Jonestown sits Cult of the Lamb, a combination town manager-dugeon crawler. Build up your cult of cuddly critters and your compound to get better at fighting, then go out and fight to gather resources and defeat rival religions. The juxtaposition of sweetie-pie art style and dark subject matter harkens back to games like Hollow Knight, but the combination of roguelite combat and town management is a unique one even without the creepy spiritualism.

Reviewers say that managing your resurrected lamb’s cult takes up the lion’s share of the game, so if you don’t like interacting with every member of your little insane village every day, this isn’t the game for you. Of course, you could just sacrifice them to your dark god to more efficiently murder your cult competition — hooray for player choices!

Cult of the Lamb is $25 on Steam. It’s also available on GoG.com.

For over 30 years, the Monkey Island series has been the gold standard in point-and-click adventure games. So when the original designer and writer team said they were making a new one for the first time since Monkey Island 2 waaaaaay back in 1991, it was kind of a big deal. Almost as big a deal as the controversial new art style, which is a bit more avante garde than when pixels were almost as big as the floppy disks the games came on.

Fans of the original won’t mind, especially if they haven’t been impressed with LucasArts’ attempts to maintain the series beyond the scope of the first two games. Make no mistake, Return to Monkey Island is, in every sense, a return to the classic point-and-click pirate comedy. If you’re expecting a few decades of game design to have changed things, think again. That makes the game a treat for purists, and possibly a bit of a chore if you’re more used to Telltale-style adventure games.

Return to Monkey Island is $25 on Steam. It’s also available on GoG.com.

Imagine the simple graphics and monster-slaying gameplay of an early Castlevania, combined with the huge battlefields and thousand-unit armies of Dynasty Warriors. That’s Vampire Survivors, an addictive little bullet hell shooter that lets you slay an absolutely ludicrous number of pestilent pixelated poltergeists. The game is so small it actually started online at Itch.io, where you can still play the free version.

Gameplay is astonishingly simple — you don’t even fire, your little monster slayer will do that all on their own. But the roguelike setup and incremental upgrades after your inevitable death give the game that just one more run before bed feeling. Finding the right combos of weapons and powerups is the key to surviving long enough to make progress.

Throughout human history there have been many tribes and peoples who believed the world rested on the back of some giant turtle or snake. The teeny-tiny people of The Wandering Village don’t have to believe it: they know they live on a giant dinosaur thing’s back, and they like it that way. Another twist on the standard city builder-manager, this game tasks you to deal with your village literally walking around in different environments and weather.

But the village isn’t the only thing you need to manage. The leviathan you’re riding on is just as important as the people and the buildings, and you’ll have to keep it happy and healthy to make sure everyone in this symbiotic relationship thrives. A surreal blend of 2D and 3D art combined with chill tunes makes The Wandering Village a perfect game for winding down.

The Wandering Village is $25 on Steam.

For a football fan like me, watching an eternity of Golf Network is a punishment far more terrifying than anything Sisyphus or Tantalus had to endure. The protagonist of Cursed to Golf might agree, at least after he’s had to go through eighteen hellish holes to escape a golf-themed purgatory. The game is a series of physics puzzles, wherein you must put your way to freedom.

But this is “golf” in the Mario sense, even though it’s in pixelated (and charming) 2D. You can use all sorts of wacky power-ups to get past the underworld’s most fiendish traps and tricky bosses. Once you’re done with the main game you can use your Ace Cards in more than 80 special stages and climb your way up the leaderboards.

Cursed to Golf is $20 on Steam. It’s also available on GoG.com and the Epic Games Store.

Fans of the original, fixed-camera survival horror classics like Alone in the Dark and Resident Evil owe it to themselves to check out Signalis. The game’s sci-fi setting and low-poly anime graphics offer such a distinct style that it’s a joy to watch in motion, even if what you’re watching is meant to terrify.

You play as an android, stranded on a crashed ship and a lifeless world, hunting for her partner and her memories. But as you can probably guess, not everything is as it seems. Solve puzzles, preserve ammo and resources, and try to stay alive (if you ever were to begin with) as you solve a dystopian mystery that reaches beyond the solar system.

I Was a Teenage Exocolonist

Growing up is hard enough without having to deal with the headaches of oxygen management and the occasional bug-eyed alien. But such is the case in I Was a Teenage Exocolonist, a game that combines classic JRPG elements with modern combat and absolutely stunning 2D art. In addition to keeping yourself and your fellow colonists alive, you’re looking for love in all the extrasolar places.

The game is a mix of role-playing and visual novel — you might be tempted to call it a dating sim, but there’s a lot more going on under the surface than just flirting. (Incidentally, this one is very much not for kids). You’ve got ten years to save the colony and set yourself up for adulthood via card-based combat and conflict resolution. If you can’t, start again and aim for another of the story’s 29 different endings.

I Was a Teenage Exocolonist is $25 on Steam.

A pentiment is a hidden image underneath the top layer of a painting. It’s appropriate, since Obsidian, the AAA developer behind Fallout: New Vegas, Grounded, and The Outer Worlds, is hiding among all these indie developers. But this murder mystery set in a 16th-century German village, and illustrated like one of the manuscripts you might find in an ancient monastery, is about as far away as you can get from the mainstream.

While Pentiment is essentially a point-and-click adventure game, it boasts a story that spans 25 years, with decisions and consequences just as elongated. If Monkey Island is too much of a throwback for your adventure gaming tastes, this is sure to deliver something a little more fresh.

The classic tactical RPG is seeing something of a renaissance this year, with games like Marvel’s Midnight Suns and Tactics Ogre Reborn. But if you want something both old-fashioned and original, give Triangle Strategy a try. Coming from the same Square Enix team as well-received retro RPGs like Octopath Traveler, it’s a love letter to grid-based medieval party combat.

The three-way struggle of the world’s main countries is mirrored in the morality system, which tugs equally at the player’s utility, morality, and liberty. A battle setup heavily leaning on terrain advantage and special abilities should scratch your strategy itch.

Triangle Strategy is $60 on Steam.

Technically, the first version of Dwarf Fortress came out 16 years ago. A small but thriving community has been obsessed with this world-building game ever since, even though its text-based graphics look more like some kind of ASCII nightmare than a modern video game. Understanding its incredibly deep and evolving systems is a study in itself, and one that most gamers simply can’t be bothered with.

But you really should try, if only to say you did. And with a new pixel-based graphics makeover, Dwarf Fortress now looks like it’s only 35 years old, instead of something out of the dawn of computing. To start a game of Dwarf Fortress is to create a tiny, living, breathing world, and to survive in it is an accomplishment that few can claim…and none can keep.

The new, pixel art version of Dwarf Fortress is $30 on Steam. The original is free.