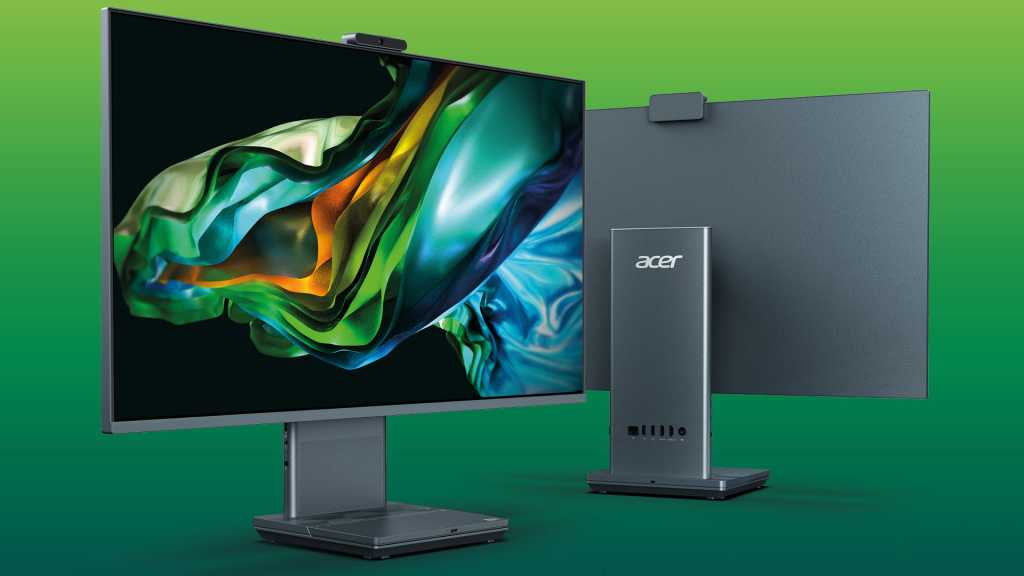 Say what you will about Macs, but you can’t deny the universal appeal of Apple’s design language. Recently, PC manufacturers have been hitting back with design highlights of their own. Case in point: the new Acer Aspire S series, a pair of all-in-one desktop designs that are clearly trying to take a bite out of the iMac’s market share. They’ll be showing up on store shelves later this year.

The Aspire S will come in 27-inch and 32-inch flavors, with a muted aluminum blue finish available in both sizes and the smaller machine also coming in a sort of goldish-bronze. The internal components are all shoved into the column-like stand, with I/O ports on the back and sides and a singular speaker sitting right above the base. The display panels are 1440p LCDs with super-slim bezels.

Despite the sleek lines of the hardware, the internals are nothing to sneeze at. The 27-inch version gets 12th-gen Intel Core i5 and i7 processors with Xe graphics, while the 32-inch version has room for a Core i7-13700 and Intel’s new Arc discrete graphics. (Exactly which GPU it will use wasn’t disclosed — presumably a laptop-style A-series.) Both machines come with Wi-Fi 6E as well as USB-C, dedicated Ethernet, and HDMI-in ports, so the desktops can also double as a conventional monitor for other PCs or game consoles.

The webcam is usually a sore spot for AIO designs, forcing users to plug in a more powerful camera for decent web conferencing. Acer’s addressed this with a modular webcam that can attach and detach via POGO pins. 1440p resolution on the camera sensor, Windows Hello IR compatibility, and an add-on ring light should make it easy to look your best. If you’d rather use your own equipment, just snap the camera off.