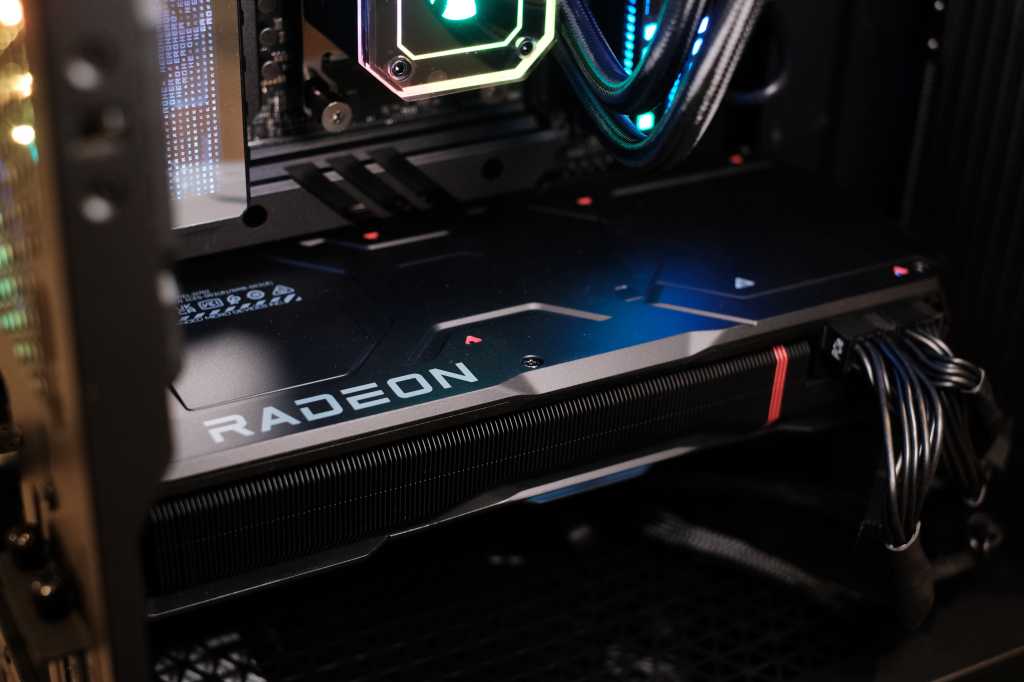 AMD’s Radeon RX 7900 XTX launched in mid-December offering a huge performance upgrade over its predecessor and more performance than Nvidia’s pricier RTX 4080. But it’s not all roses. Over the holiday break, a worrying number of users reported excessively high hot spot temperatures, hitting a whopping 110 degrees Celsius and slowing their GPU’s performance.

After first stating that those are normal operating temperatures, AMD is now doing an about-face, admitting that at least some 7900 XTX reference cards suffered from a manufacturing defect that affects performance. Here’s what the company told Hardware Luxx’s Andreas Schilling, who has been investigating the issue:

“We are working to determine the cause of the unexpected performance limitation of AMD Radeon RX 7900 XTX graphics cards. Based on our observations to date we believe the issue is related to the thermal solution used in AMD’s reference design and is occurring in a limited number of cards sold. We are working to resolve this issue for the affected cards. Customers experiencing this unexpected limitation should contact AMD support.”

Here’s what you need to know about overheating Radeon RX 7900 XTX GPUs.

We haven’t covered this ordeal yet due to the holiday, but in a nutshell: Some Radeon RX 7900 XTX graphics cards are hitting excessively high temperatures. The tech press—especially German tech press—have been digging into the issue with noted overclocker Der8auer performing extensive tests on a reader-supplied 7900 XTX known to be affected. He concluded that the issues likely stemmed from an issue with the vapor chamber coolers in the reference models, a conclusion that AMD’s “issue is related to the thermal solution” seems to confirm.

You can see his efforts in the video below.

It’s unknown how widespread the problem is. On social media, more Radeon RX 7900 XTX owners than not seem to be having no thermal issues whatsoever, but Igor Wallossek’s well-connected sources claim it could affect several production batches. Wallossek says thousands of cards may need to be returned, both from DIYers and system builders.

Oof, if true. Those AMD jabs against Nvidia’s melting power connectors sure feel awkward now. Fortunately, with AMD now acknowledging the issue, buyers of affected Radeon RX 7900 XTX cards should hopefully be able to have their GPUs replaced or refunded. Fingers crossed.

Which Radeon RX 7900 XTX GPUs are affected by thermal issues?

How do I know if my Radeon RX 7900 XTX is overheating?

If your card is stuttering or delivering less performance than intended, it’s worth checking to see if your Radeon RX 7900 XTX reference card suffers from thermal defect issues. AMD’s Radeon Overlay can help. Enable the “GPU junction temperature” monitoring option using this guide, then pull up the overlay and play some games for a bit. If you see it creeping up towards 110 degrees, you’ll want to contact AMD using the link at the top of this article. (For reference, our Radeon RX 7900 XTX junction temps maxed out at 84 degrees.)