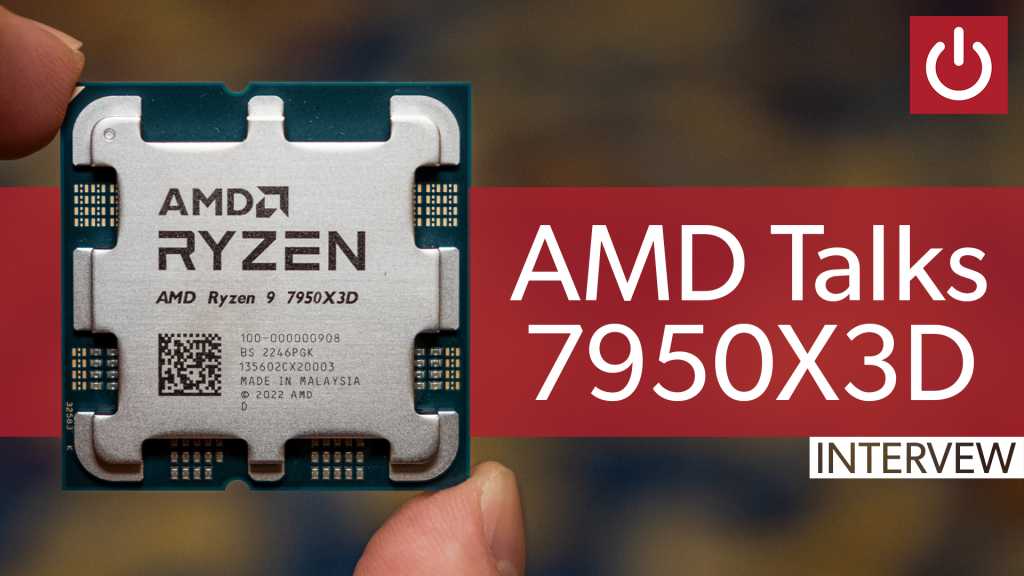 One of the most appealing CPUs of last year for gamers was AMD’s Ryzen 7 5800X3D thanks to its novel 3D V-cache technology. At CES 2023, AMD’s back with an even more bodacious Zen 4-based follow-up: the Ryzen 9 7950X3D. Gordon got the chance to chat with AMD’s director of Product Management Scott Stankard to get the details about this new pixel-pushing flagship chip.

In fact, the 7950X3D is just one of three new chips announced with 3D V-cache and the most powerful with 16 cores. AMD also announced 12 and eight core versions for more budget builds: the Ryzen 9 7900X3D and Ryzen 7 7800X3D, respectively.

Even the least powerful of these chips is showing a 20-30% improvement over the 5800X3D in terms of raw framerates, which is pretty freakin’ great for a single-gen bump. The top-of-the-line 7950X3D is showing a considerable margin of improved performance versus Intel’s current i9 flagship, in both games and specific productivity tasks, at least according to AMD’s press info.

12 and 16 core chips aren’t going to give absolutely incredible boosts in gaming specifically, but they’re there for those users who want an everything machine that can handle top-tier multitasking at the same time. The extra L3 cache that makes these chips “3D” is placed on one of the two core chiplet dies, allowing half the cores to focus on gaming performance while the other half of the processor handles background tasks and “bursts” of high-clock applications.

Check out the video for the full technical breakdown, and subscribe to PCWorld on YouTube for more awesome interviews.