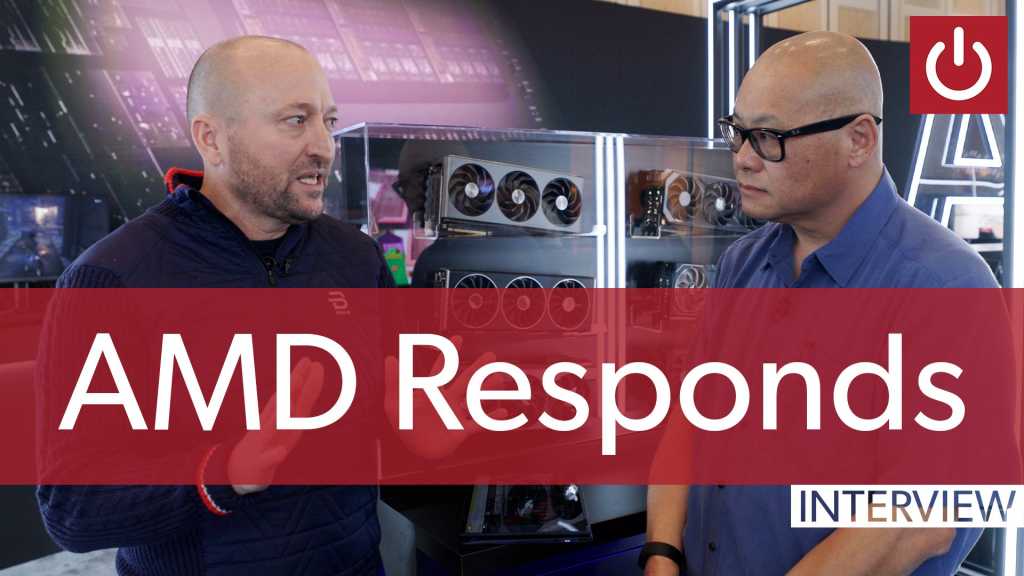 Earlier this week, AMD confirmed that some Radeon RX 7900 XTX graphics cards suffered from thermal throttling issues due to a defect. The brief statement said that and basically nothing else. So, while Gordon Mah Ung was at AMD’s CES 2023 booth, he spoke with Radeon chief Scott Herkelman to get more information. You can see the full conversation below.

First, the good news: Herkelman says there’s no safety concern whatsoever with this issue, unlike those melting RTX 4090 12VHPWR cables. So, what’s going on?

“It all comes down to a small batch of our vapor chambers actually have an issue: not enough water,” Herkelman says. “It’s a very small percentage. That’s the root cause.”

AMD seems committed to doing right by affected customers, however.

“You’ve spent a lot of money if you’ve bought this XTX made by AMD,” Herkelman continued. “We want to fix it for you. We have the fix. We’re ready to send it to you. Just call our tech support line if you bought it from AMD.com, or if you bought it from one of our AIB partners call them…We’ll ship it to you right away.”

“It’s only on the XTX [boards] made by AMD,” he said. “It’s only the vapor chamber. It’s none of our partner models. We want you to know that very few people will actually experience this, but those people who do, call us. We want to get you the right product.”

So, there’s your answer, Internet. For more information about the card, check out our Radeon RX 7900 XTX review. (Spoiler alert: It won an Editors’ Choice award.) And if you want more insightful videos about the latest PC happenings, be sure to subscribe to PCWorld’s YouTube channel!