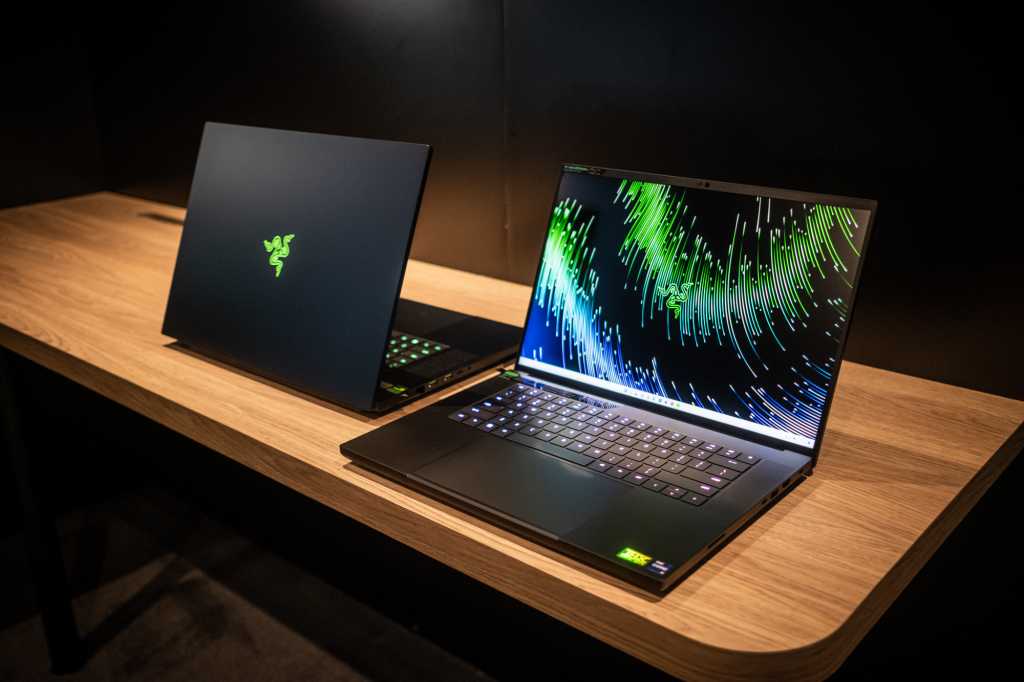 The PCWorld team was on the ground this year at CES and, boy, did we come across some cool things. When executive editor Gordon Mah Ung checked out the Nvidia booth, he was blown away by the new GeForce RTX 40-series laptops that were on display. To show the difference in performance, the GPU manufacturer placed two Razer laptops with similar hardware next to each other. As far as performance goes, the new Razer Blade x16, which is packing an RTX 4080 and running Cyberpunk 2077, utterly demolishes the 3080 Ti notebook sitting beside it despite limited to a third as much power as the older GPU. Wow.

The RTX 4080 manages about 77 frames-per-second while capped at 50 watts and with DLSS and ray tracing on. That’s a deeply impressive result. It really shows off what Nvidia’s new Ada Lovelace architecture is capable of. The other laptop, the Razer Blade 17, which is equipped with a 3080 Ti GPU, churns out 64 fps at an uncapped 143 watts. Regarding fan noise, a common issue many gaming laptops have, Ung notes that the Razer Blade 17 is much louder than the Razer Blade 16.

Some of these new RTX 40-series laptops are shockingly thin, too. Many gaming laptops are bulky and often tip the scales at around five or six pounds. However, that’s not the case with the Alienware x16. Ung couldn’t believe there was an RTX 4090 inside of it, nor that Gigabyte managed to cram an RTX 4060 into a tiny 14-inch laptop. If this is the future of gaming, then count me the heck in.

For more insights, check out the video above (and make sure you subscribe to PCWorld’s YouTube channel!) Our roundup of the best laptops of CES 2023 has even more eye-catching notebooks if you’re interested in seeing the latest, greatest tech the industry has to offer.