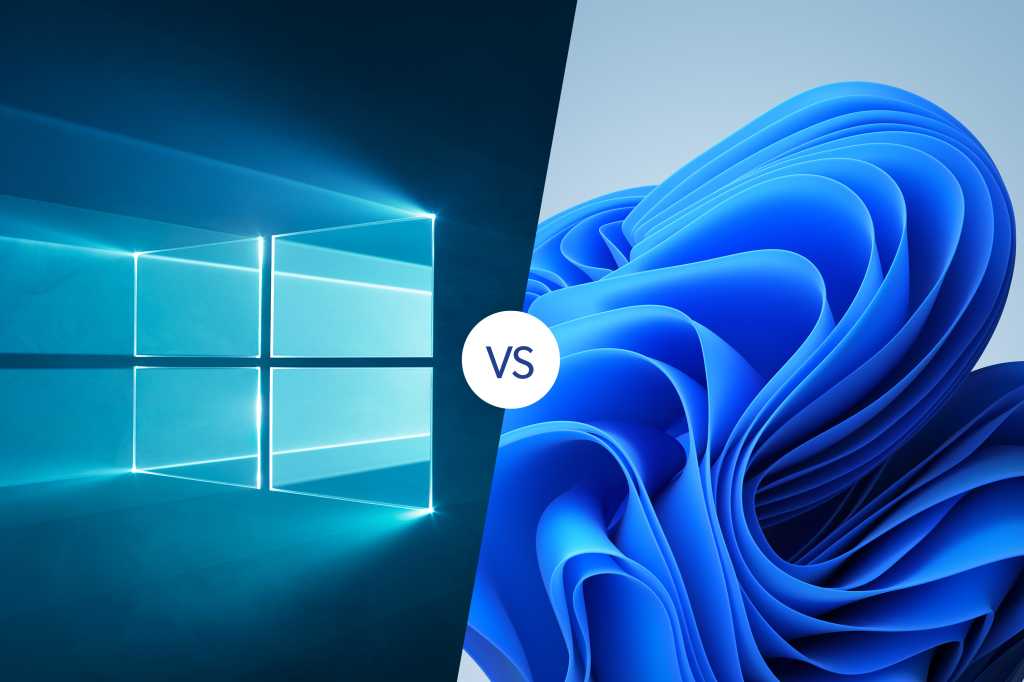 It’s finally time to upgrade to Windows 11. Or is it?

A little more than a year ago, our initial review of Windows 11 called Microsoft’s latest operating system “unnecessary.” Windows 10 was such a strong entrant within the Windows succession that we saw no need to move on to something new. It’s time now, however, that we think you should start seriously considering it.

Why? Because the landscape has changed. Microsoft now provides some very good reasons to move to Windows 11, some of which weren’t available at launch. Some PCWorld staffers have switched full time to Windows 11, and the goal of this story originally set out to convince you that it was time to switch to Windows 11.

Why you should switch to Windows 11

Try before you buy

Quite simply, Microsoft isn’t selling Windows 10 any more. All new PCs now ship with Windows 11, and any options to buy a Windows 10 PC instead have largely gone away.

Upgrading your existing PC gives you a flexibility a new PC doesn’t offer. After upgrading from Windows 10 to 11, you have ten days to revert. After that, if you’ve upgraded from a Windows 10 device, you can reinstall Windows 10 via a clean installation.

If you buy a Windows 11 laptop, you may have the option to downgrade to Windows 10, but not always. You’ll likely need to contact that laptop manufacturer and inquire if those rights are available, which basically means that the laptop manufacturer has committed to supplying hardware drivers for Windows 10. Without them, there’s no guarantee that the clean installation will work.

In other words, you have an opportunity to try out Windows 11 now, rather than being forced into it. Why not try it out, then revert back to Windows 10 if it’s still not for you?

Windows 11 will get features Windows 10 won’t

Some users prefer Microsoft leave Windows alone, making users the only agent of change on their PCs. But for those who like new features… well, don’t expect many to arrive on Windows 10 anytime soon. The last two feature releases have basically passed over Windows 10, reserving the new features only for Windows 11, and not the older Windows 10.

Granted, Microsoft isn’t exactly issuing major revisions of Windows 11 with every new feature update, either. Windows 11’s 2022 Update marked a return to the annual update cadence, with Microsoft seemingly spending more time updating its apps and services as opposed to the operating system itself. But it’s clear that Microsoft’s time and attention is being spent on Windows 11, and not Windows 10.

Our review of Windows 11’s 2022 Update (aka Windows 11 22H2) indicated some key improvements: Snap Bar/Snap Groups, live captioning of recorded video, Voice Access, and more. Windows 11 itself initially shipped with significant upgrades to the Settings app. Say what you want about these features (the updated Snap is our favorite) but none of these have arrived on Windows 10.

Microsoft’s many development teams continue to work on parallel tracks: on the operating system itself, on Office, services, and more. While not all of Microsoft’s new applications seem to be reserved for Windows 11 (like the updated, worse Photos app, for example) a couple are: the spiffy new Windows Media Player, for example. If you try downloading it on Windows 10, the OS will try to load the legacy Groove Music app instead.

A better example would be Windows’ new Android apps, once just a few hundred and now increased to thousands, according to Microsoft and Amazon. Granted, the Amazon Android appstore works best on tablets, and for those who like mobile games. But it’s something that you’re not going to find on Windows 10. Android 13 should be arriving soon, as it’s available as an upgrade for Windows Insiders.

You can solve Windows 11’s problems through utilities

We’re not going to sit here and defend Windows 11’s flaws. We continue to dislike Windows 11’s implementation of the Start Menu, for example, and while the centered taskbar allows for plenty of space for icons on a 4K or widescreen display, not everyone has one.

Windows 11 does allow for ways around these limitations, though. I personally launch apps by typing the Windows key, then the first letters of the app itself, or simply Alt-Tab through available windows. Stardock’s Start11, however allows you to redo the Windows 11 Start menu to make it look like Windows 10 or earlier operating systems, and align the taskbar in various portions of the screen. It’s a $5.99 utility that makes Windows 11 feel familiar and more productive.

Why you should stay on Windows 10

While we think that those are valid reasons to upgrade to Windows 11, we just can’t help but think that Microsoft isn’t entirely committed to pushing you towards Windows 11. Or if it is, its own business models contradict those efforts.

Some of these arguments, however, boil down to simple ease of use — such as the first.

Why stay on Windows 10? Familiarity

There’s something to be said to stumbling into your office after a long night, booting your PC, and feeling your way through the beginning of the day. With those first few mornings on Windows 11, you may have to consciously think about what to do. An operating system that you’re familiar with is one that you’re more productive in.

While we’re not claiming that Windows 11 is radically different than Windows 10, upgrading comes with its own potential hassles, unexpected tweaks to Settings and other preferences, and so on. The new interface is very similar, but also very different. Sometimes it’s just easier to stick with the tried and true.

Windows 10 will get new apps via subscriptions anyway

Yes, Windows 11 does offer some exclusive new apps, but not that many. And there’s another catch, too.

Microsoft chief executive Satya Nadella has referred to Windows as a “socket” for Windows services, and while it’s fair to say that the company is prioritizing Windows 11, Microsoft loves subscription revenue even more. Microsoft’s More Personal Computing Business (Windows and Xbox) has steadily lost money over the past year, as sales of PCs and Xbox consoles has slowed. But sales of Microsoft’s Productivity and Business business have increased, primarily because the business unit makes money on Office subscriptions for consumers and corporations. It makes sense, then, that Microsoft would continue doubling down on what makes it money, subscriptions, and make those subscriptions available to as many people as possible. 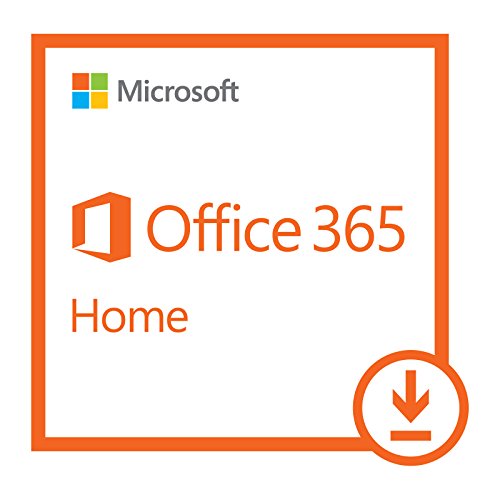 Some of these applications, like Clipchamp and Designer, are Web “apps” specifically designed to run on both Windows 10 and Windows 11. Both, however, come with subscriptions: optional “professional” content for Clipchamp, and Designer will be part of Microsoft 365. Add to that Xbox Game Pass Ultimate and Microsoft 365 — heck, even Solitaire had a subscription to eliminate ads before it was added to Game Pass. All of these subscriptions will work on both Windows 10 and Windows 11.

Will your PC even run Windows 11?

Quite frankly, the transition to Windows 11 has always been surrounded by a “will they or won’t they approach” to Windows 11’s hardware requirements. For a while, the restrictions that Microsoft put on the available supported processors made Windows 11 desirable; no one likes being told that they can’t upgrade, especially when they’ve paid good money for an existing PC. Then there were the exceptions, and the workarounds. In the end, the hassle in upgrading an older PC to Windows 11 might make some people ride it out until they get a new PC.

No one, least of all Microsoft, wants PC users to be hacked. But it’s to Microsoft’s credit that no major exploit really plagued Windows 10 or Windows 11.

Is Windows 11 faster than Windows 10? No

On paper, there’s another compelling reason to move to Windows 11: performance. If you’re running a laptop with an Intel Core CPU inside of it (and more than 80 percent of laptops sold during 2022 included an Intel chip inside) Microsoft and Intel teamed up to offer Thread Director, a software API that controls how the various performance and efficiency cores of Intel’s Core architecture interact with the operating system. Intel’s Thread Director is supposed to work on both Windows 10 and Windows 11, but with improvements that would make Windows 11 faster.

Unfortunately, our recent tests don’t bear that out. Simply put, there just isn’t any measurable performance difference between Windows 10 and Windows 11 right now. In fairness, Windows 11 is a little faster, but just not that much to be significant.

If that’s the case, you can’t help but be a bit suspicious of DirectStorage, the next-generation storage accelerator that Microsoft is promising. In 2021, Microsoft promised that DirectStorage would be made available to both Windows 10 and Windows 11 users, good news for those who don’t want to upgrade. In 2022, Microsoft began shipping DirectStorage, a technology that promises to speed up games by improving how the SSD interacts with the GPU to improve data transfers.

You can watch DirectStorage slash game loading times down to a second on the first game to support it, Forspoken, which releases on Jan. 24. But the demo video showed how DirectStorage compared to an existing hard drive and M.2 / SATA SSD…not Windows 10. Our guess is that if you own the right hardware, which operating system you run won’t make that much of a difference.

You can procrastinate in switching to Windows 11

All that, though, is pretty in the weeds for most people. For many, the question will simply boil down to: do I really need to upgrade? The answer, simply put, is no — not yet. Windows 10 ends support on Oct. 14, 2025, meaning that if you really can’t deal with the added pressure of upgrading — as relatively simple as it is — then don’t! Windows 11 will still be there in a year or two.