Google Glass is the bleeding edge of consumer hardware technology. It brings the Internet to your face. But as it turns out, the head-mounted technology might be no match for QR codes, those blocky visual links that were hot a few years ago.

Researchers at mobile security company Lookout have discovered a curious security flaw in Glass that would allow a malicious hacker to capture data sent from the face-mounted device with the mere flash of a QR code. The code has since been patched by Google in an update released in mid-May.

The hack took advantage of the fact that the advanced optical character recognition (OCR) tech in Glass automatically analyzes photos for recognizable text, faces, and even QR codes. QR codes can be used to prompt hardware to visit a website, send a text, or connect to another device via Bluetooth or wireless network.

Anyone can easily create a QR codes though sites like Kaywa. For example, here’s a QR code I just created that leads to a picture of an adorable kitten: 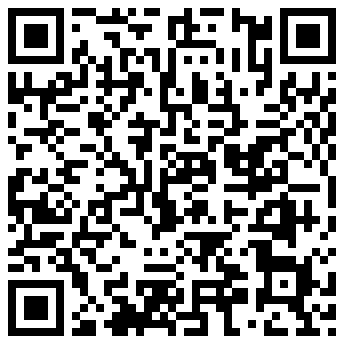 This form of hands-free data communication facilitated by Glass’ OCR can foster a more intuitive user experience. However, it can also be a bridge into your hardware for those without your ease on their mind.

Researchers found that a chance photo capture of a “malicious” QR code can prompt Glass—unbeknownst to the user whose face it is on—to connect to a “hostile” WiFi access point. Once connected, the research team was able to spy on the connections Glass made including Web requests and images uploaded to the Cloud. The hack even allowed users to “divert Glass to a page on the access point containing a known Android 4.0.4 web vulnerability that hacked Glass as it browsed that page.”

The QR code doesn't even have to be the main focus of the photo, but can be off to the side or in the background.

This particular hack has been patched, however it goes to show that as our technology evolves into strange new form factors, hackers will adapt to offer strange new dangers. We are far beyond the Nigerian Princes of yore.

Evan lives in Brooklyn, NY and enjoys writing about what future may hold and taking long romantic walks on the beach.