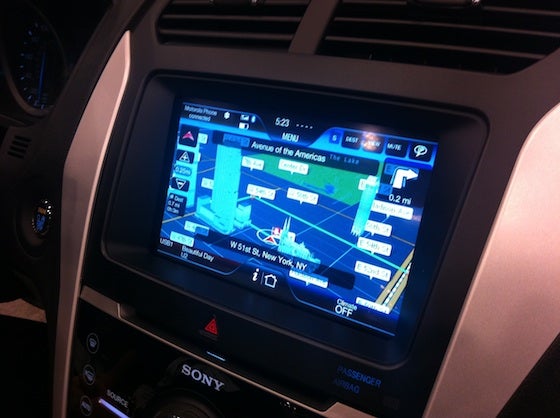 Most of the gizmos and technology at this year's CTIA Enterprise & Applications show in San Francisco are geared toward businesses--you may have guessed that much from the show's name. But one of the more fun items on display was Ford's newest Sync technology.

Sync, of course, is Ford's in-car entertainment system. Ford began equipping cars with Sync in 2007, and Ford is rolling out its second-generation Sync system in some of its 2011 models, which we had previously seen at CES. This new iteration, branded as MyFord Touch, features a redesigned console interface, two cluster screens, and plenty of new features.

Let's start with the control cluster. The control cluster has two screens: The one located to the left of the speedometer lets you view various bits of vehicle information, such as your fuel gauge, engine temperatures, and so on.

The screen to the right is what Ford calls the infotainment display: From here, you can view information pertaining to the music you're playing, the vehicle's climate control system, and the navigation system, among other features. The navigation tie-in seemed to be most useful: It lets you check your navigation system when you glance down at the cluster, instead of having to look over at the center console screen. 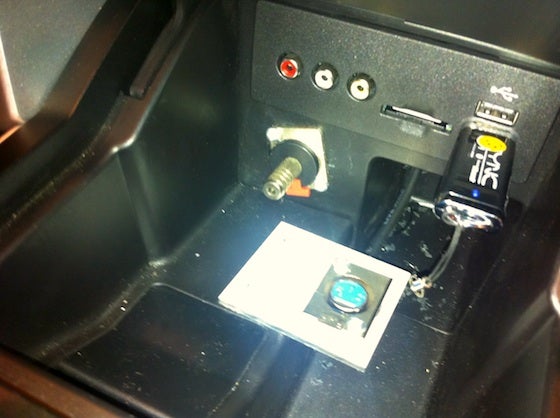 Below the center console screen are various ports and connectors: Composite audio/video for AV playback (it'll only support video playback when the car is in Park), an SD card reader, and a pair of USB ports for plugging in a USB storage device.

The other big features, of course, are voice recognition and text-to-speech. Ford worked with Nuance--makers of the popular Dragon Naturally Speaking--for the system's speech recognition. Ford says that the MyFord system recognizes at least 10,000 commands, and in the brief demo I was given, it seemed to work pretty well, especially given the ambient noise on the show floor.

I don't know if in-car entertainment systems are the first thing I look for when it comes to cars, but if you're in the market for a new car, MyFord touch may be worth checking out.