Sure, exploring every nook and cranny of epic PC games can be immensely satisfying, but when you’re looking for a quick hit of fun, full-blown games aren’t always ideal. When it comes to satisfying those playtime urges during odd times of the day, the browser’s hard to beat.

We’ve played dozens of browser games to find the particularly juicy gems. This collection of 10 browser games has something for everyone: a surreal shooter, a classic text-based game that’s more fun than you’d expect, an oddly entertaining puzzle game, and even Doom.

Let’s get into it.

Yes, you can buy the full version of Superhot on Steam, Xbox, and wherever fine computer entertainment is sold online. But if you just want to experience the core awesomeness of this mind-bending action game—say, before you drop cash on the complete version—the Superhot demo is still available.

Superhot is a surrealistic first-person shooter where time moves only as fast as you do—think Matrix-like bullet dodging. You move and your enemies move. You stop and your enemies stop. There’s no real story. You just walk around shooting polygonal people who look like they’re in a red body stocking. Sure, it’s simple, but it’s a joy to play.

Superhot relies on the Unity Web Player plugin, which is no longer supported in Chrome. Play this game in Firefox.

At first glance, 10 Bullets looks like an updated version of a Space Invaders/Galaga-style shooter—until you realize the title of the game is literal, that is. In 10 Bullets, you kill as many ships as you can while conserving your ammo, which is limited to just 10 bullets.

If you time it right, the debris from one ship will hit others that turns into a chain of ship-killing madness. There is no opportunity to gain more bullets, which is a weakness of the game, along with the fact that if you hit things just right you end up spending a lot of this game watching the action instead of participating in it. Nevertheless, it’s an addictive little arcade game.

The remake of Spelunky made waves and won awards when it landed on Steam, Xbox Live Arcade, and PlayStation 4. You can play the original for the low, low price of nada in your browser or as a Chrome packaged app.

Spelunky HTML5 is a platform game that requires you to jump, duck, crawl, whip, and climb your way through danger toward greater and greater treasures. Even better, the dungeons you crawl are randomly generated, allowing the game to present a unique experience each and every time you play. (The controls take some getting used to, so check out the tutorial level before playing.)

Look, we’re just going to say it. Apple Worm is the Flappy Bird of puzzle games. All you do on each level is get the worm to eat the apple, grow an extra segment, and escape out the hole. That’s it. The levels change and get progressively more difficult of course, but the best part of this game is its design. The way the worm looks combined with the music and enjoyable puzzles makes this a great way to spend a few leisurely minutes.

Kicking it old school can be an absolute blast. Doom’s a classic for a reason and the game’s delightfully pure shooting mechanics still hold up like a champ 24 years after its debut. Doom was a pioneer in the first-person-shooter genre and became a founding element in PC gaming culture. You can play the original shareware levels on Kongregate for free. Enjoy walking through Hell on Mars with Doomguy once more.

And when you’re done, grab yourself a graphics card and play the 2016 version of Doom. It’s just as action-packed as the original.

If you love RPGs like Diablo III then KingsRoad is the browser-based game for you. It’s not even close to the complexity of Blizzard’s game, but this mini-adventure from Rumble Games—creators of the browser-based FPS Ballistic—is a lot of fun. You can play as an archer, knight, or wizard as you hack your way through baddies threatening the land of Alderstone.

It’s mostly a point-and-click affair, but really, that’s not so different from Diablo III itself.

The Hitchhiker's Guide to the Galaxy

Maybe it’s an age thing, but there’s still something enjoyable about text-based games. What better way to explore this old-fashioned way of gaming than with an absolute classic? The BBC offers a version of the classic text adventure The Hitchhiker’s Guide to the Galaxy 30th Anniversary Edition, based on the legendary (and hilarious) book by Douglas Adams.

The latest version is an upgrade from the 20th anniversary edition of the game, which added “graphics” in the form of a handheld console—think of it as a proto PIP-Boy. For the 30th anniversary in 2015, the console was refreshed to look a lot better and migrate from Flash to HTML5. You can also sign in to the game and let it auto-tweet your achievements from your Twitter account as you progress. If the game happens to announce your untimely demise, just keep out of it. You’re dead.

Home Story: 1971 is a simple point-and-click puzzle game where you are Jamie, a young child trying to put back the pieces of a photograph of your family—Mom, Dad, Jamie, and brother Jack. Meanwhile, Mom and Dad are too enveloped in their own grief to help.

It’s a sad, touching, and effective game that is well worth the relatively small amount of time it takes to play.

Anyone who enjoys Tim Burton-esque landscapes will enjoy Coma. In this game, you play Pete, a nondescript black blob of a humanoid that runs through this platformer trying to save his sister. The creators describe it as a game that “plays with the realm of the subconscious…and even becomes slightly unsettling at times...Players spend the game trying to figure what is reality for the main character of the game.”

One complaint: You can’t put the game in full-screen mode. That’s a minor quibble though.

In Funky Karts you use your racing kart to scale all manner of obstacles, making gravity-defying jumps and moves as you head towards the finish line. To be honest, it’s not a terribly complex game—but it’s fun! It’s only available on the web as a Chrome app, however.

Only you can save the residents of a medieval village from being ravaged by evil crows and monsters in Midnight Hunter. After six peasant children from the village have been kidnapped, the hero must shoot his way to saving them in this fun side scroller. Use the mouse to move and jump, and shoot by training your sights on a baddie.

If you find yourself playing this game again and again, you can also find it on Android.

This adventure mini-golf game requires you to line up your shots and make par on a cartoonish floating island, where new holes are revealed as you play. Wonderputt is another game that landed on mobile first, but it’s still fun to play in the browser. Just make sure you’re aiming the ball in the right direction before you shoot.

The original is on Kongregate, but the app in the Chrome Web Store will take you to an embedded version of the game on Forevergamer.net.

The graphics are about as advanced as early Xbox games, but this basic bike racer is great for some quick fun in your browser. The game controls use the standard WASD keys, and you must always keep your finger on the W to give your bike gas. It’s simplicity at its purest, but challenging enough to make it fun for racing-game fans.

Frogger Classic is another 1980s-era favorite you can play for free in the browser. This doesn’t seem to be an official port from Konami, so when it asks you for money to continue, don’t do it. Just be patient, and you’ll be able to play again.

Flow Colors is a deceptively simple and entirely engrossing puzzle game that requires you to connect pairs of colored circles. The trick is, the lines can’t overlap. The game gets progressively harder with each level by adding more circles and different configurations. But watch out: If you’re not paying attention, you’ll wind up playing this for a loooong time without realizing it.

20 gorgeous PC games that will punish your graphics card

These 22 deep, absorbing PC games will eat days of your life

20 terrifying PC horror games to play with the lights off 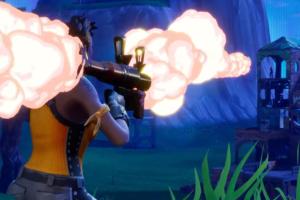