The MSI GS75 Stealth challenges that old PC laptop proverb that says you can have high performance, and you can have a 17-inch screen, and you can have light weight—but you can only pick two. Sure, at five pounds GS75 is hardly “light.” But along with its 17.3-inch display it packs an 8th-generation 6-core CPU and Nvidia’s brand-spanking new GeForce RTX 2080 Max-Q graphics inside.

The MSI GS75 is one of the first laptops to debut with Nvidia’s RTX graphics for laptops, announced in January at CES. As you’ll see in our benchmarks, the MSI GS75 is a (relatively) lightweight laptop with a heavweight wallop. The initial signs seem to point toward a lighter, faster future for mobile PC gaming.   Read our review.

Yes, you can buy a budget gaming laptop for less than $1,000, but we think the Acer Predator Helios is worth the stretch to a cool thou. We’ve actually tested several iterations of this laptop, including our most recent review of the bestselling Predator Helios 300. Our main reason to convince you to depart with an extra $150? Faster graphics. With most PC games today, the number-one priority is still the graphics card. The Predator Helios 300’s GeForce GTX 1060 is a big step up over laptops with GeForce GTX 1050 GPUs. Add in easy upgrade paths, and a 144Hz panel for smoother gaming, and you have a budget gaming laptop that balanced power and affordability surprisingly well. Read our full review.

HP’s Omen 17 gaming laptops have a reputation with us that can be summarized in four words: solid performance. Shockingly affordable.

That’s particularly true for the Omen 17. Is it a looker? Debatable. Is it the best gaming laptop? Definitely not. But HP always manages to cram more hardware than you’d expect under the hood, then sell the Omen 17 way below market rate.

I’m not sure how HP pulls off this bit of wizardry, but it’s made the Omen 17 a hit. And the trend continues, as the 2019 model we’re testing (poetically monikered the 17-cb0040nr) packs in some of the latest and greatest CPUs and GPUs for hundreds of dollars less than the competition. Read our full review.

Razer isn’t exaggerating when it calls its Blade 15 the “world’s smallest 15-inch gaming laptop.” It’s nearly as small as the popular workhorse Dell XPS 15, yet it offers blistering gaming performance.

While it’s impressive to get a six-core 8th gen Core i7-8750H and GeForce GTX 1070 Max-Q performance into a compact chassis, note that it’s densely packed and feels heavy for its size. If you can deal with the additional weight, the payoff may well be worth it. Read our review.

Years after its release, it’s still very difficult to find a class to put Microsoft’s Surface Book-series of laptop / hybrid / tablet / convertibles / dunno (review here.) If there is one place we could put it, though, it would be in the “stupidly fast” category.

With the Surface Book 2, our top pick for all-out luxury laptop (our test unit costs $3,299), Microsoft basically took its original Surface Book, put it into the copier and hit Enlarge. What you get is a new Surface Book with a 15-inch 3:2 aspect ratio screen, a quad-core 8th-gen CPU, and ta-da: a GeForce GTX 1060 GPU.

That’s basically enough firepower to run modern games at 1080p+ on Very High to Ultra settings. You get all that with the expected futuristic design of the Surface Book 2, and what is arguably the most powerful tablet convertible we-still-don’t-know-what-to-call-it device around.

Is there a gotcha? Yes, and it’s something you should know: The Surface Book 2 has a slight problem with its power (documented here). Microsoft bundled a slightly undersized power brick for the amount of hardware it packs. As a result, under heavy GPU and CPU loads, the battery will start to discharge slowly—by as much as 15 percent in our tests. At that point (when set on maximum performance), it holds the line because the GPU has heated up enough that it begins to throttle back on power consumption, basically reaching an equilibrium.

Should Microsoft have included a slightly bigger power brick to compensate or maybe used an Nvidia Max-Q part? Probably. Is this a deal-breaker? Nope. This is an amazing amount of graphics performance in an amazingly portable machine. In fact, there’s a good chance the GTX 1060 here, even set at a somewhat slower clock speed, will be untouched by the upcoming crop of Kaby Lake G laptops in graphics performance.

All we know is, if you’re looking for lots of power in a portable package with some style and class, today, it’d be hard to beat the Surface Book 2.

Google’s Pixelbook Go is a perfectly good Chromebook, and that’s exactly what the company set out to create. It offers a careful balance of quality features and economical compromises for a reasonable $649 starting price. And it’s a darn sight better than the typical bare-bones model. If you’re committed to the Chromebook universe, this is a laptop worth buying.

Most Chromebooks are budget models, but the Asus Chromebook Flip (C101PA-DB2) has an extra talent: It can rotate backward into a 10.1-inch tablet. Now that Chromebooks can run Android apps, too, the Flip is a versatile as well as affordable machine.

The Chromebook Flip is powered by the new OP1, a no-name processor made by Rockhip with help from Google that will handle everything you throw at it just fine. Just note that the Flip is a bit small for day-long productivity with adult-size fingers, though fine for the hands of children.

Apple’s laptops might not be game-changing or cheap, but they don’t need to be. Paying more for the same kind of hardware you’d find in a Dell, HP, or Asus laptop is the entry fee for access to macOS and its integration with iOS devices.

Of the options available, we think that the $1,499 13-inch MacBook Pro (available at Apple.com) provides the best balance of value and performance. While the MacBook Air (2018 model) is more affordable, this MacBook Pro features faster hardware and a higher-resolution screen. It also has a far better keyboard than the smaller and lighter 12-inch MacBook. 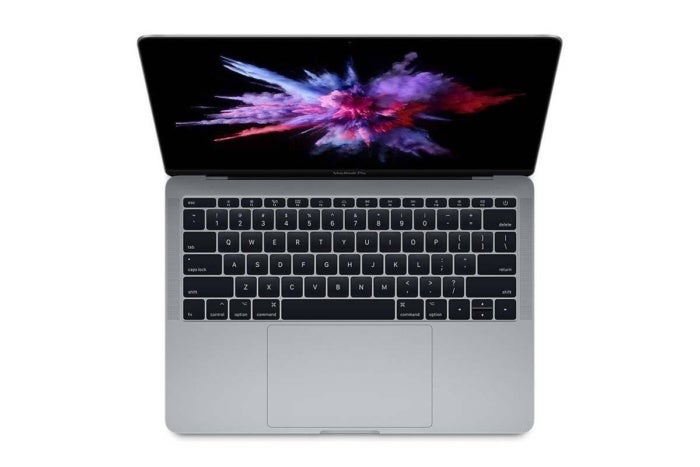 Note: The $1,799 model replaces a dual-core model with one sporting a quad-core CPU. The new model probably offers a boost in performance with multi-core apps, but we haven’t gotten one in to test. That being said, there’s probably still a good bang/buck value with the $1,499 laptop.

The main downside to the MacBook Pro is that its ports are all USB Type-C connections. While they all support the Thunderbolt 3 spec and thus allow you to use them for DisplayPort output, charging, and data transfer, it does mean you’ll need to buy adapters or a dock to use USB-A devices and wired LAN connections.

You can read more about the MacBook Pro and its recent upgrades at our sister site, Macworld.

Note: When you purchase something after clicking links in our articles, we may earn a small commission. Read our affiliate link policy for more details.
Related:
Previous 1 2 Page 2
Page 2 of 2
Shop Tech Products at Amazon