AMD’s 32-core  Ryzen Threadripper 2990WX is arguably the most powerful “consumer” CPU ever sold (for all the gory details, read our review). But most-powerful doesn’t always mean it's a must-have in your PC. To help you decide if you need this monster CPU, we’ll lay out the reasons you should—or shouldn’t—buy it.

Reasons you need to buy the 32-core Threadripper:

You need an insane amount of threads at your fingertips

If you do 3D modelling, visual effects, or heavy-duty workstation tasks that can scale up to its threads, then you’re going to cry tears of joy when you run your first workloads across the 32-core Threadripper 2990WX. I mean, *sniff,* it’s beautiful...

Not everyone has applications that can use 32 or 64 threads of compute, but the good news is having this crazy amount of CPU cores allows you to multi-task like you never could before. Nay. Strike that. The 32-core Threadripper lets you multi-mega-super-sonic-task like you never could before. For example, here’s the performance result of doing a simultaneous Blender 3D model render on the CPU along with exporting a short video in Premiere Pro CC. The 32-core Threadripper easily outpaces the 18-core Core i9-7980XE that actually costs slightly more.

The above tasks are actually fairly realistic, say, for someone making an indie movie. Threadripper’s compute performance is even more more pronounced when you do two heavily threaded tasks at once. Below, for example, you can see Blender being run along with Cinebench. Both are 3D rendering applications, and are unlikely to be run simultaneously, but if you do, the results are spectacular.

You want a boatload of PCIe lanes

You may not remember but just a few years ago, some tech companies were rationing PCIe lanes as though they were chocolate bars in 1943. With Threadripper, you get all the PCIe lanes you need—64 (with four of those dedicated to the south bridge). What this means is you can run all the add-in cards or PCIe SSDs you want or need.

With AMD’s new 32-core Threadripper 2990WX, the charge drops to $28 per thread. Sure, you’re still paying $1,799, but it’s actually a deal in the same way it is when you buy 36 rolls of toilet paper from the warehouse store.

You want the ultimate in bragging rights

Let’s admit that you don’t need a 32-core core CPU if you’re not Kevin Feige and rendering dailies from the next Avengers movie. For most of us, Threadripper 2990WX is over-over-over-overkill.

But if you’re the kind of person who likes showing off that you just “had” to trade in your 2017 car for the 2018 version because you like the new floor mat style—this CPU is for you. If you like to tell people, "last week I got lost in my summer house again because I only spend a week there a year," this CPU is for you. Sure, it’s a complete and utter waste, but when the only time it gets switched on is just before visitors come (to show off the lighting), then this CPU is for you. 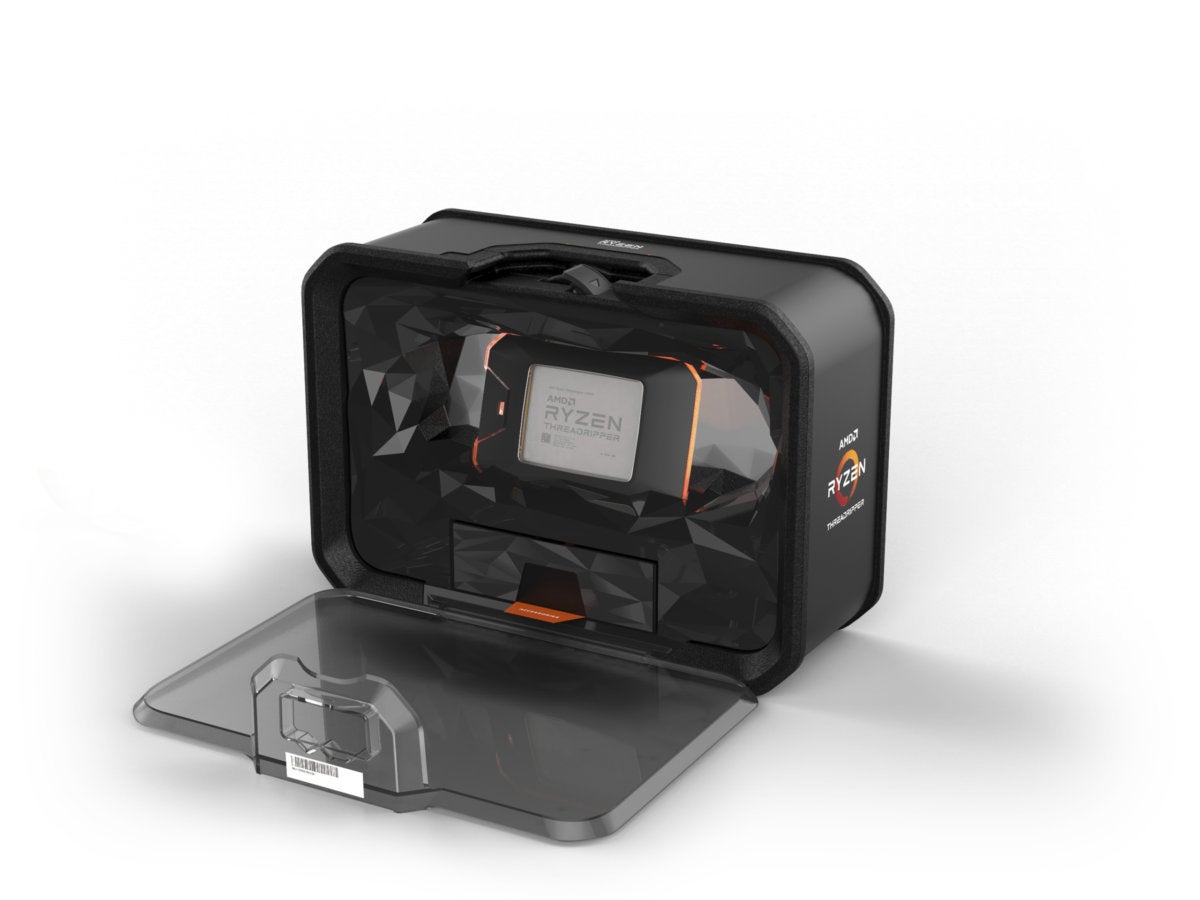 Reasons not to buy a 32-core Threadripper

While we laud AMD for moving the ball forward, we’re also the first to admit that this CPU is not for everyone. It is, in fact, as though AMD had nothing better to do than to make life easier for visual effects artists who work from home. Obviously that’s not all of us, so here are the top reasons not to buy the new Threadripper.

If you like to quip “can it run Crysis?” and ask if 32 cores will make my games go faster, the truth is—it won’t. At the rate that games iterate and support newer CPU technology, by the time 32-core CPUs are needed for games, we’ll be living in generational space ships on our way to Alpha Centauri.

That’s not to say Threadripper 2990WX is bad for gaming, but there’s just no reason to buy this CPU if you “just play games.” And while you’ve heard that more cores will make gaming faster, that future hasn’t arrived yet.

While most assume a 32-core CPU is wonderfulness for video editing, it is mostly overkill. That’s because few video editing applications can fully exploit the thread count of a 32-core Threadripper. There are also some who blame the CPU’s unique layout for underwhelming performance in video encoding tasks too (more on that below).

The exception to this rule is that if you do multiple things simultaneously, such as rendering a visual effect while editing video, the 32-core Threadripper could be the better choice.

While some doubt that a 32-core CPU is truly a “consumer” CPU, one can argue that its construction certainly is. Rather than a single big chip with 32 cores, Threadripper is built with four 8-core dies connected over high-speed Infinity Fabric. Only two of the four have memory controllers, which means they must share.

It is, in essence, like having four interconnected apartments with only two having access to the hallway. If the tenant who lives in the apartment without access buys in bulk, works from home, and just plays console games in her free time instead of going out, it’s not a problem. But if the tenant runs an indie record label and has bands and groupies and pizza deliveries all day long—it’s a problem.

Now imagine your software workload as the tenant, but you don’t know if she’s the shut-in or the music impresario. It’s one facet of the 32-core Threadripper that you should probably take a long, hard look at before picking one up.