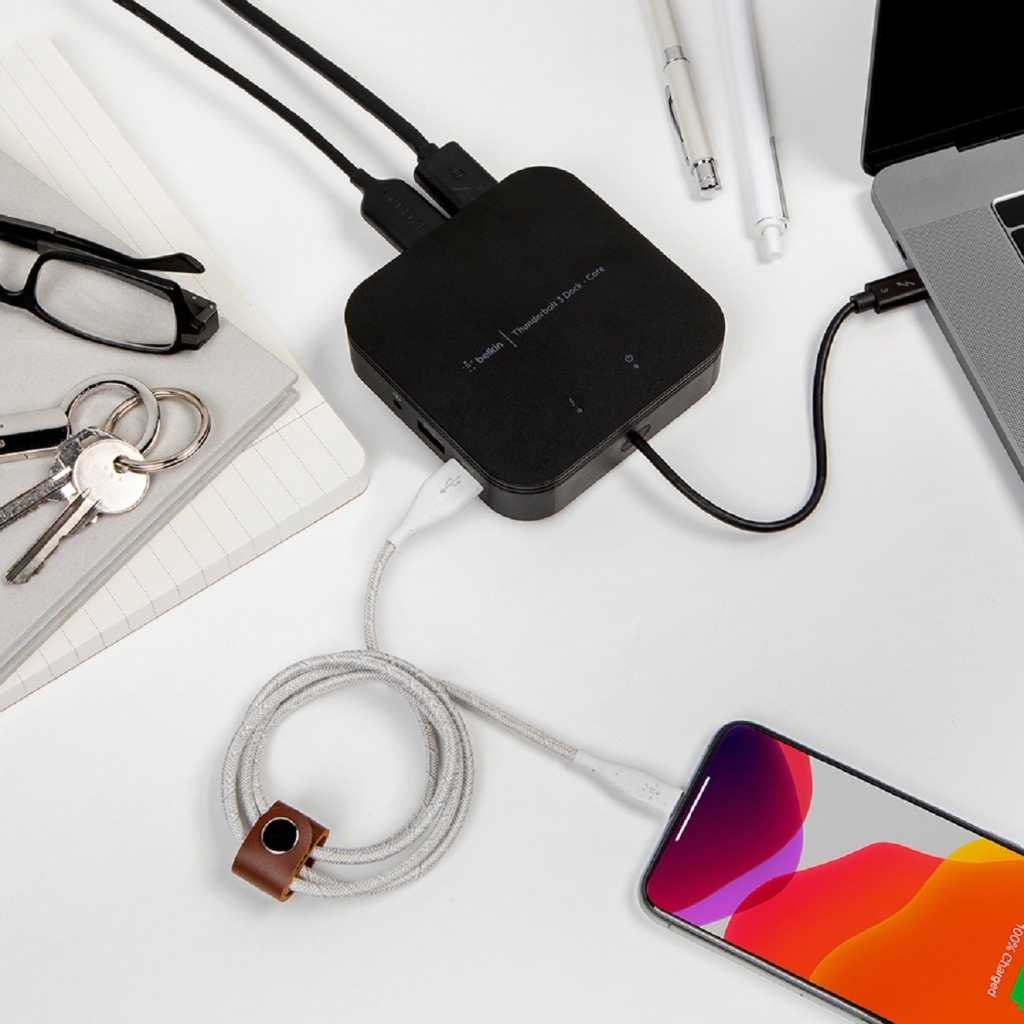 On Monday Belkin launched the Thunderbolt Dock Core, which the company claims is the first Thunderbolt-certified dual-powered Thunderbolt 3 dock.

The $170 Thunderbolt Dock Core accepts your laptop’s power supply (assuming it charges via USB-C), which can plug into the USB-C (PD) port on the side of Belkin’s dock. The port then supplies up to 60W to the laptop, which is typically enough to power an ultralight laptop or similar model. Because the device is dual-powered, the opposite is true: also The dock can pull its own power directly from the laptop’s Thunderbolt cable if needed.

What’s the difference between a USB-C hub and a Thunderbolt dock? They use the same physical interface—a Thunderbolt port can sometimes be indicated by a small lightning bolt, though your laptop’s manual is sometimes the best indicator. Data throughput is the difference, along with the ability to connect multiple high-definition displays at once.

In any case, the difference is fairly stark: A USB-C hub can power an external 4K monitor at an eye-straining 30Hz, but a Thunderbolt 3 dock has enough typical bandwidth to power a pair of 4K displays at a more comfortable 60Hz refresh rate. According to Maggie Curran, the vice president of channel for Belkin, the demand for dual displays has “exploded” as more and more people work from home.

Like a USB-C hub, however, you can typically mix and match ports and other I/O connections. Here, Belkin’s Dock Core offers the basics: one HDMI 2.0 port and a DisplayPort 1.4 port, plus an USB-A 3.2 Gen 2(10Gbps) and an USB-A 2.0 port. Other docks, such as the $139.99 Belkin Thunderbolt 3 Dock Mini HDRemove non-product link, use a pair of HDMI ports instead.

Belkin typically engages with businesses, where long-term relationships can be crucial. USB-C hubs and some docks have an unfortunate habit of being replaced or phased out quickly; Curran said that Belkin typically provides a two- to even five-year warranty to provide product stability. (The Dock Core has a two-year warranty attached.)

The Thunderbolt 3 Dock Core will be available for purchase July 2020 at Belkin.com, Amazon.comRemove non-product link and CDW.com, according to Belkin.