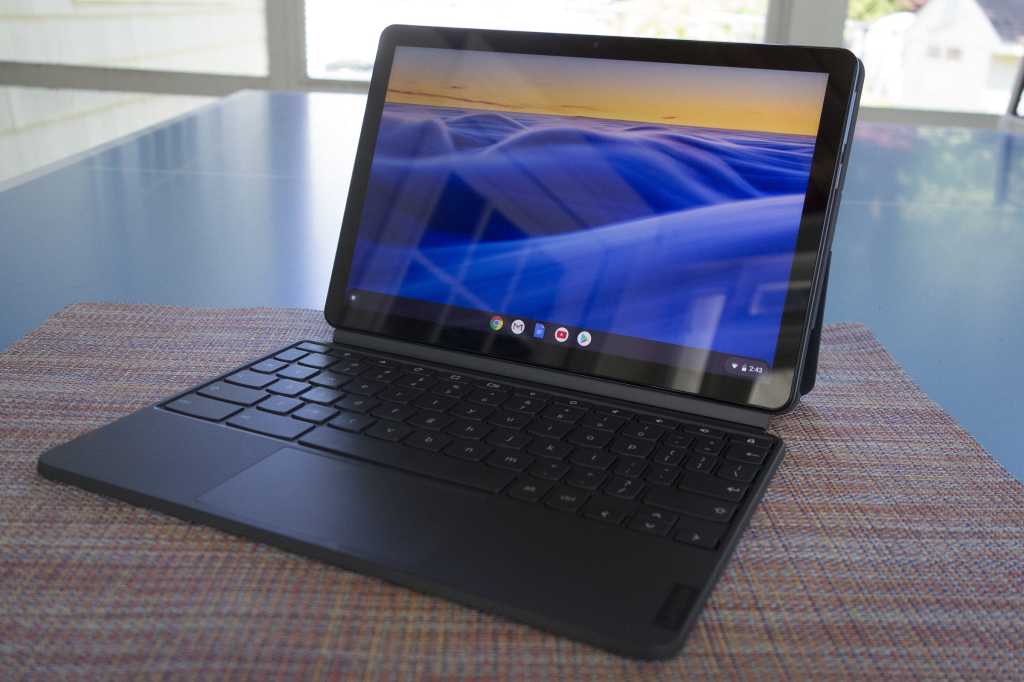 If you love the idea of an affordable tablet that can double as a basic computer, but can’t get excited about the iPad (or its higher price), check out this killer deal. Walmart is selling the Lenovo Chromebook Duet with 64GB of onboard storage for $249Remove non-product link. That’s about $50 to $60 cheaper than elsewhere right now.

We recently reviewed the Chromebook Duet, giving it 4.5 out of 5 stars and an Editors’ Choice award while calling it “an excellent Chromebook at a truly incredible price.” Instead of the typical clamshell, the Chromebook Duet is more like a Microsoft Surface: a tablet that comes with a detachable keyboard. Unlike competing products, however, the Duet comes with the keyboard as part of the package instead of charging extra.

The detachable keyboard is magnetic as is typical for these style of devices. We found that the keys had nice travel, but it was a little cramped given its size. The keyboard can also act as a protector when you aren’t using it, and the Duet comes with a Surface-style built-in kickstand.

“The Duet is a fantastic bargain that sets the bar very high for all future Chromebook tablets,” we said at the end of our review. It’s an excellent value, and today it’s quite a bit cheaper than usual.