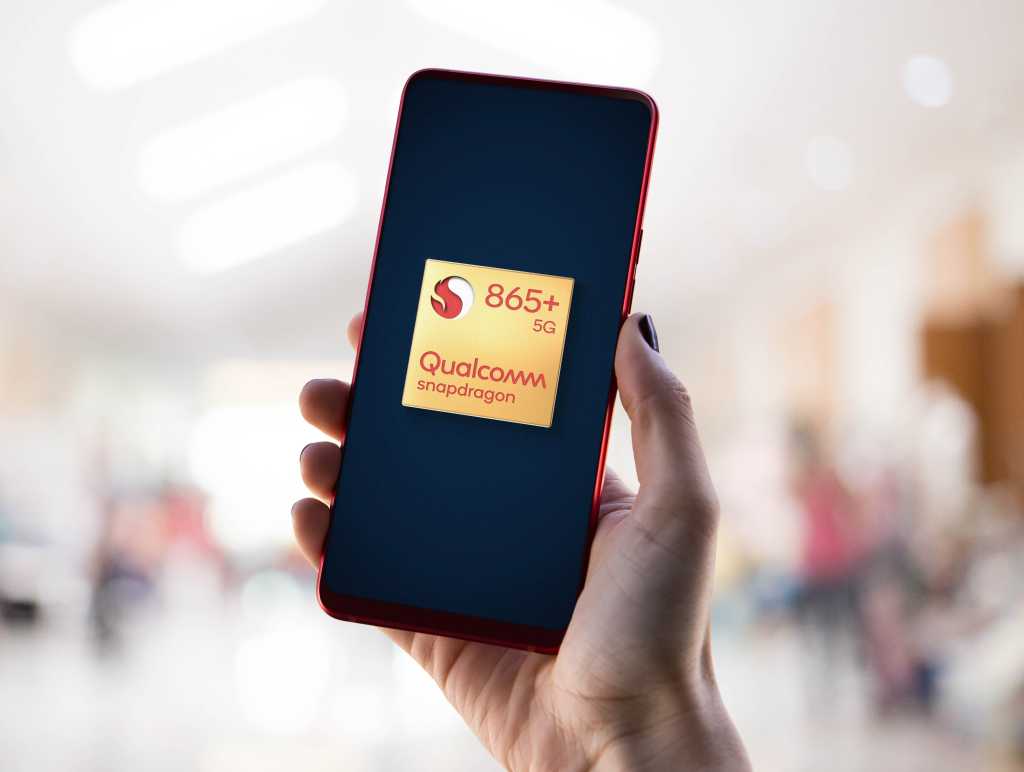 Almost all of the features on both the Snapdragon 865 and 865 Plus are common to both platforms. The Kryo 585 CPU, the Adreno 650 GPU, the Hexagon 698 DSP and the Spectra 480 image signal processing remain in place. Qualcomm left the associated memory unchanged.

Broadcom may have been the first to ship a Wi-Fi 6E chip for mobile devices, but Wi-Fi 6E represents the other major upgrade to the Snapdragon 865 Plus 5G. Now that the FCC has opened up additional channels for Wi-Fi, Qualcomm’s new FastConnect 6900 can tap into the new 6GHz spectral band and 160GHz channels. In the real world, that means gobs more bandwidth, provided there’s a Wi-Fi 6E router feeding the beast. It all translates into 3.6Gbps peak throughput, versus 1.774Gbps with the Snapdragon 865’s FastConnect 6800 subsystem.

What hasn’t changed is Qualcomm’s insistence that phone makers bundle the X55 5G modem as part of the Snapdragon 865 Plus 5G chipset. Phone journalists spent much of 2019 jetting to odd locales and testing the bandwidth of 5G’s mmWave and sub-6GHz modes, as carriers slowly ramped up their coverage areas and solidified their messaging.

The current pandemic has likely slowed down demand as most people stick closer to home. As regions of the world phase back to some level of normal activity, travelers will thirst again for wide, deep channels of data flowing back and forth from their phones. It’s also true, however, that adding a 5G modem will tack on some additional cost to phones at a time when economies worldwide are reeling from the pandemic’s effects.