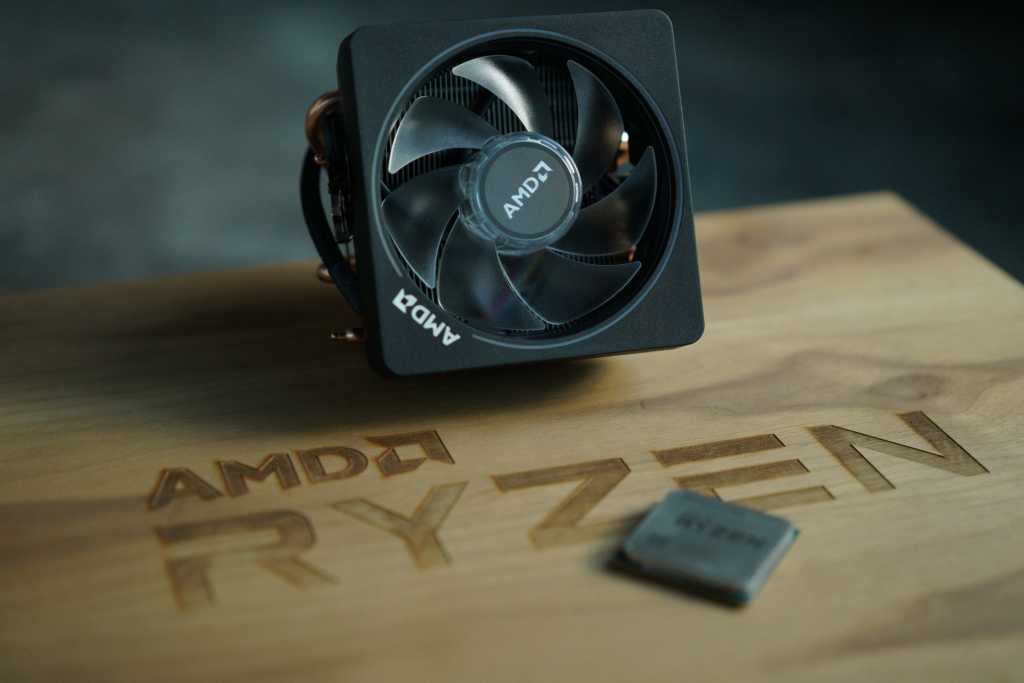 With the launch of its slightly faster, slightly better, exactly-the-same-price Ryzen 3000 XT processors this week, AMD became just a bit more like Intel…and Nvidia. More importantly, I suspect these new CPUs may exist to set the stage for removing a key AMD value proposition from next-gen “Zen 3” Ryzen CPUs.

Whither goest thou, Wraith?

Most Ryzen XT reviews landed, well, not with a thud necessarily, but at least a loud “meh”—though Gamers Nexus did say, “we think the sand could have been better put to use elsewhere,” when promoting its Ryzen 7 3800XT review. But the general sentiment is that they’re fine. Ryzen XT processors offer mild 100MHz to 200MHz clock speed increases over their non-XT namesakes, and a higher overall level of silicon quality, meaning they can hold those faster clocks for longer and overclock better. Cool stuff! Yet not cool enough generally to recommend, given their steep $80ish price premium over the standard X-series chips, which remain on the market.

Nobody outside of AMD can answer for sure, and there are no doubt many reasons. But I suspect some part of it may be because the company is considering launching some of its next-gen Zen 3 processors without bundled Wraith coolers, in Intel-like fashion. By launching the Ryzen 7 3800XT and Ryzen 9 3900XT at the same full $400 and $500 price points as the Ryzen 7 3800X and 3900X, but without including Wraith, AMD could be preparing enthusiast expectations early.

The road to Zen 3

Including coolers with processors adds tangible costs for chip manufacturers. Not only do CPU makers have to pay for all the metal and manufacturing of the cooler itself, they also need to create larger packaging to include the hardware, and pay more to ship the larger, heavier packages.

I’d argue that including a stock cooler should be table stakes for any CPU, especially since Intel and AMD manage to include coolers even with budget parts. But there’s no denying that ditching one lets AMD gobble up higher profit margins. With Ryzen XT, the company’s following Intel’s lead: Chipzilla doesn’t include coolers with its unlocked K-series, ostensibly because enthusiasts that buy overclockable CPUs are more likely to want a custom cooling solution to put the pedal to the metal.

The higher silicon quality of Ryzen XT processors means they’re aiming at the same enthusiast-class audience willing to pay more for more performance and dump stock coolers overboard, per AMD. “The AMD Ryzen 9 3900XT, AMD Ryzen 7 3800XT and Ryzen 5 3600XT processors feature tailored specifications engineered for enthusiasts who regularly choose aftermarket cooling for the highest possible performance,” AMD officials said in a press release announcing the new chips. “As a result, AMD is recommending the use of an AIO solution with a minimum 280mm radiator or equivalent air cooling to experience these products at their best.”

The standard Ryzen 7 3800X and Ryzen 9 3900X include AMD’s stock “Wraith” coolers despite their lower prices, and the CPUs function just fine with them. You’ll often see even high-end AMD PC builds on Reddit proudly running the iconic Wraith coolers.

The new Ryzen XT chips are only 100MHz to 200MHz faster than their counterparts, which makes the sudden jump to recommend water-cooling with a massive 280mm radiator a bit eyebrow-raising. It’s also worth noting that the more mainstream-priced Ryzen 5 3600XT still ships with a Wraith cooler despite being designed with the same “tailored specifications engineered for enthusiasts who regularly choose aftermarket cooling.”

Overclocking actually isn’t common, even among people who buy unlocked chips. I can’t cite specific studies or cases, but in talks with several hardware vendors over the years, they’ve always said that the number of people who bother to manually overclock their chips is remarkably small. Most people just run stock settings. That may be why both Intel and AMD have been pushing so hard to maximize opportunistic automatic boost clocks in recent chips.

Add it all up and it feels as though AMD’s seizing this weird launch to reset expectations. If the higher-end Ryzen 3000 XT parts ship without a cooler at the very same prices as before, people are less likely to raise a ruckus if next-gen “Zen 3” processors (which are still on track to release this year) come without a fan in the box.

Time is a flat circle

If next-gen Ryzen processors do ship sans fans, it won’t be the first time. AMD’s first-gen Ryzen 7 1700X and Ryzen 7 1800X CPUs lacked bundled coolers as well. But AMD has included Wraith coolers with every 2nd- and 3rd-gen Ryzen chip except the $750, 16-core Ryzen 9 3950X, and the added value has played a huge role in reviewers’ recommendations of AMD hardware over Intel’s. We called the Wraith Prism cooler included with the Ryzen 7 2700X “AMD’s secret weapon” in our review, and cited it when we recommended the chip over Intel’s competing Core i7-8700K—the first time in over a decade that AMD claimed high-end CPU victory.

“AMD opted not to bundle CPU coolers with the first-gen “X”-branded Ryzen CPUs on the sound logic that, well, enthusiasts building high-end machines would just put a stock cooler on the shelf and install something better instead. AMD officials now say customers have been asking for its custom ‘Wraith’ coolers even at the high-end, so it’s now including them in the box.”

Those days may be done if these Ryzen 3000 XT chips are indeed tea leaves for Zen 3’s future.

This is not for you

Resetting cooler expectations might be part of why the Ryzen XT chips exist, but it’s not the only reason. I’d guess most of those reasons benefit AMD as a company more than AMD users directly, however.

The XT chips drag pricing back up to recommended levels after a year of cost cuts for the standard X-series processors. Big box computer makers (like Dell) and system integrators (like Origin PC) love to sell newer parts with fresh model numbers, so I’d expect to see them often in prebuilt machines until Zen 3 chips launch later this year. System integrators usually include custom cooling solutions in their PCs, so Wraith’s disappearance from the 3800XT and 3900XT box wouldn’t affect them. Between the higher prices and lack of a cooler, AMD will no doubt make much more money per part selling XT chips to its partners.

Another potential reason to launch Ryzen 3000 XT? Just to flex, now that AMD finally can.

For years now, Nvidia’s been releasing graphics cards for the sole purpose of outshining AMD Radeon launches. Witness the GeForce GTX 1070 Ti’s superfluous release just to spite the Radeon Vega 56, and the GTX 980 Ti’s performance just squeaking past the pricey-to-produce Radeon Fury X. Now that AMD’s CPU team has seized desktop supremacy for the first time in 15 long years, while Intel flounders on 14nm process technology, Ryzen XT could be here simply to slip ahead of Intel’s 10th-gen Core chips in some benchmark charts and keep AMD top-of-minds. You’re reading about it on a major technology site right now, right?

These are the sorts of ho-hum releases and jockeyings for position that come from companies in a position of strength. Intel K-series chips dropped coolers to increase profits years ago. GeForce continually sticks its fingers in Radeon’s eyes. Now that Ryzen is firing on all cylinders and winning many (if not most) performance wars against Intel, AMD’s making similar business moves. If you’re a performance leader, it’s a lot easier to raise average selling prices as much as possible. Intel’s been making bank with pricier, pure performance CPUs for ages, and now AMD’s finally able to get in on the action. You don’t want your kick-ass parts seen as the value option forever.

So sure, while the Ryzen 3000 XT chips are fine for DIY enthusiasts, their very existence carries a lot of value for AMD itself—both now and in the future. I wouldn’t be surprised if Zen 3 chips continued to kick ass when they launch later this year, but I’d also be shocked if the highest-end options included Wraith coolers in the box.

I hope I’m wrong. I strongly believe that all processors should ship with a cooler. But if I’m not wrong, I hope the hordes of enthusiasts brandishing pitchforks in forums give AMD just as much grief as they’ve given Intel for shipping K-series chips without coolers. What’s good for the goose is good for the gander.