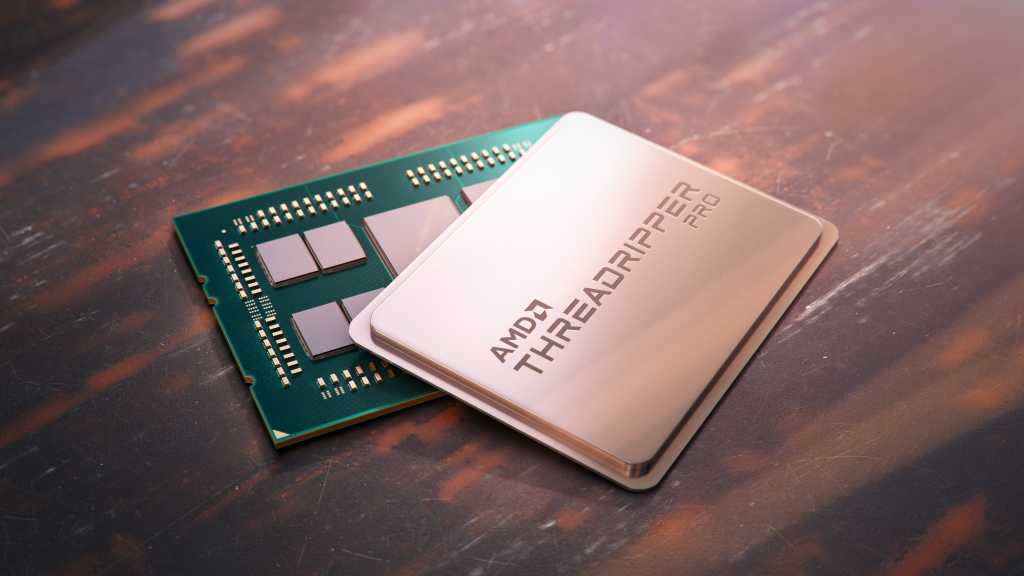 AMD Threadripper Pro CPUs are coming to take down Intel’s Xeon workstation chips, offering up to 64 cores, 128 threads, 128 lanes of PCIe Gen 4, and up to 2TB of RAM.

All four chips feature the same ludicrous amount of 128 PCIe 4.0 lanes, rated 280-Watt TDP, and the ability to run up to 2TB of RAM in 8-channel mode supporting unbuffered DIMMS, registered DIMMS, and Load Reduced DIMMs.

The new CPUs are introduced with a new sWRX8 socket, which had been hinted to be featured in the original 3rd-gen Threadripper launch last November. For those used to the prosumer Threadripper, the new Pro version will address the bandwidth limitations of the original with its 8-channel memory. And for someone, somewhere who needed even more PCIe 4.0, the TR Pro will offer it.

AMD said Lenovo will be the exclusive provider of the Threadripper Pro initially with its ThinkStation P620 workstation. The P620 will offer up to two Nvidia Quadro RTX 8000 cards, 10-Gigabit ethernet, a maximum installed memory of 512GB of DDR4/3200, and a 1,000-watt power supply. Four M.2 slots and up to four 3.5-inch drive bays are supported in the chassis.

This kind of deal has happened before. When the original Threadripper was released, Alienware was the only large OEM to offer it. Lenovo’s deal is even sweeter because more custom system integrator builders are able to offer it.

AMD said Threadripper Pro will launch more widely once the deal ends (AMD officials didn’t say when that would be). But consumers expecting to build their own super-rigs may not have that chance. At this point, AMD’s plans are to offer it only as part of a pre-built system.

With Threadripper Pro, AMD said, you just pick how many cores you want and hit the gas pedal. The 12-core variant features higher clock speeds and is, the company said, the first workstation chip to offer 4GHz base clocks. Intel has typically had a higher clock advantage, but AMD said that isn’t so on Xeon from its performance tests. The company said in Cinebench R20, the 12-core Threadripper Pro 3945WX will outperform a 12-core Xeon W-3235 chip in both single-core and multi-core performance.

With AMD’s lead in supporting PCIe 4.0 graphics, the company said it believes it has an advantage over Xeon, which is still limited to PCIe 3.0 graphics. Currently Nvidia’s Quadro RTX cards are PCIe 3.0, but Lenovo officials said the next-generation Quadro will support PCIe 4.0, which should lead to an increase in performance. Already AMD says it has a a 37-percent advantage over Xeon in the industry workstation graphics test SpecViewPerf 13. With next-gen parts running PCIe 4.0, that gap is expected to widen.

Visualization artists will especially be pleased by the performance of the chip, AMD said. Using Boris FX, Sapphire, Mocha, and Continuum Effects to perform de-aging effects for a movie, for example, a single Threadripper Pro 3995WX can be up to 70 percent faster than two 28-core Xeons.

As the CPU is an OEM-only item, and Lenovo-only, the company didn’t disclose pricing for the chip. Lenovo officials said it’ll be pretty reasonable for what you’re getting though and pricing will start at $4,599. Even the OS—Windows 10 Pro, instead of Windows 10 Pro for Workstations—reflects that, the company said.