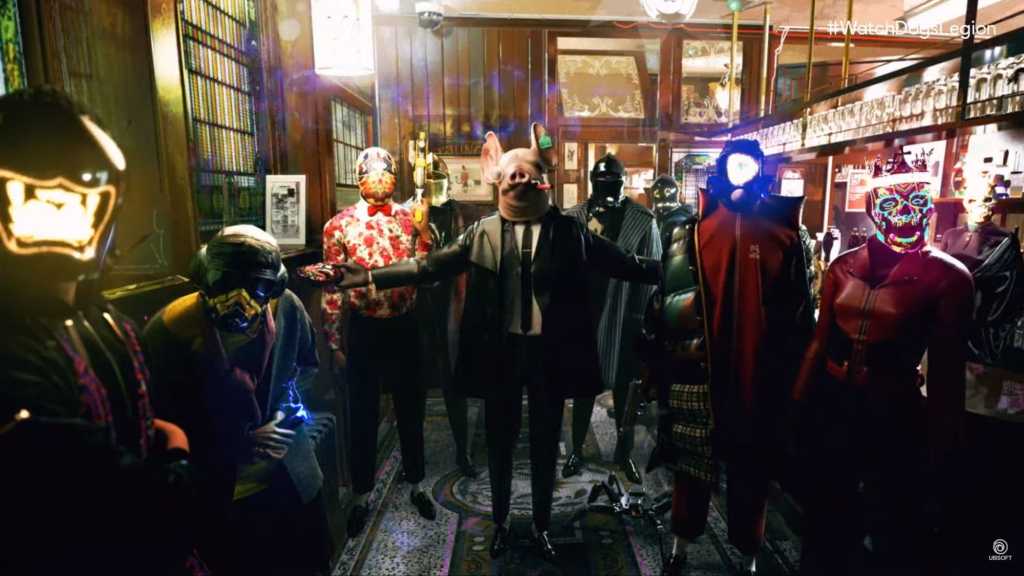 We are now more than a month past the point when E3 2020 would’ve ended. But Fake E3? That’s eternal. It lives in your heart, in your soul, and on your television. (Or maybe your phone?)

Today we finally reached the “1PM Monday Afternoon” slot, a.k.a. Ubisoft. Much of what Ubisoft showed at its faux-press conference, we already knew about—Watch Dogs Legion, Assassin’s Creed Valhalla, and the recently leaked Far Cry 6. But hey, they managed to keep Tom Clancy’s Elite Squad under wraps (for what that’s worth), and the Assassin’s Creed footage looked pretty neat.

There weren’t many announcements, but you’ll find a full recap of all today’s trailers below. And don’t worry, we’re almost out of the woods. Microsoft’s event takes place on July 23 and I’m pretty sure that’s the end of Fake E3—just in time for Fake Gamescom!

We’ve got hands-on impressions of Watch Dogs Legion today, so head there for our in-depth thoughts, but Ubisoft showed off a “short film” trailer during the presentation as well. Paraphrasing Martin Niemöller’s famed “First they came for…” poem about the Holocaust is…a bit distasteful perhaps. But as I said in our hands-on, they’re definitely putting to rest any questions about Legion being political. It very much is. Hopefully they can do right by its loaded subject matter, which includes police brutality, surveillance states, terrorism, and more.

Anyway, after the “short film” was a more traditional gameplay reel. This latter focused on how missions play out differently depending on who you use. A construction worker might use his heavy duty drone to fly into a fortress, while a member of London’s police force can simply walk in past their fellow guards. It’s still an exciting system, and I’m looking forward to experimenting with it more in the full release on October 29.

Why is Tom Clancy’s name attached to this…mobile hero shooter? Who can say? Anyway, Elite Squad is the latest in a long line of “What if we also had an Overwatch?” shooters, it looks like. I don’t have much more to say about it, but hey, Ubisoft’s made some waves with its new battle royale Hyper Scape, so maybe it can break into another oversaturated genre as well.

Speaking of Hyper Scape—which, again, is already in people’s hands—we got a cinematic trailer with the bizarre lore justifications behind Ubisoft’s battle royale. It’s 2054, and people play video games! Who would’ve guessed?! Lore aside, I’ve heard mostly positive things about Hyper Scape so far, and today we got an open beta date…and it’s today! Surprise. Looks like you can start playing right this moment.

We have hands-on impressions of Assassin’s Creed Valhalla as well. My main takeaway? It feels like Assassin’s Creed III tonally, which yes, is quite a loaded statement. We’ll see how it goes! As far as Ubisoft Forward is concerned, we got a six-minute deep dive showing off Valhalla’s raiding mechanics, dual-wielding, the return of social stealth, hunting, and more. Look for Valhalla on November 17.

As I said, it leaked earlier in the week, but Far Cry 6 was Ubisoft’s “one more thing” this year. Giancarlo Esposito is the villain this time, channeling his character from Breaking Bad but as an authoritarian dictator, under siege in his presidential palace. Like Watch Dogs, Far Cry 6 certainly appears to be leaning into the current political moment.

I say “appears to be” because Far Cry 5 also used politically charged imagery in the run-up to release, and then the actual game was about as milquetoast as could be. We’ll find out February 18 of 2021.