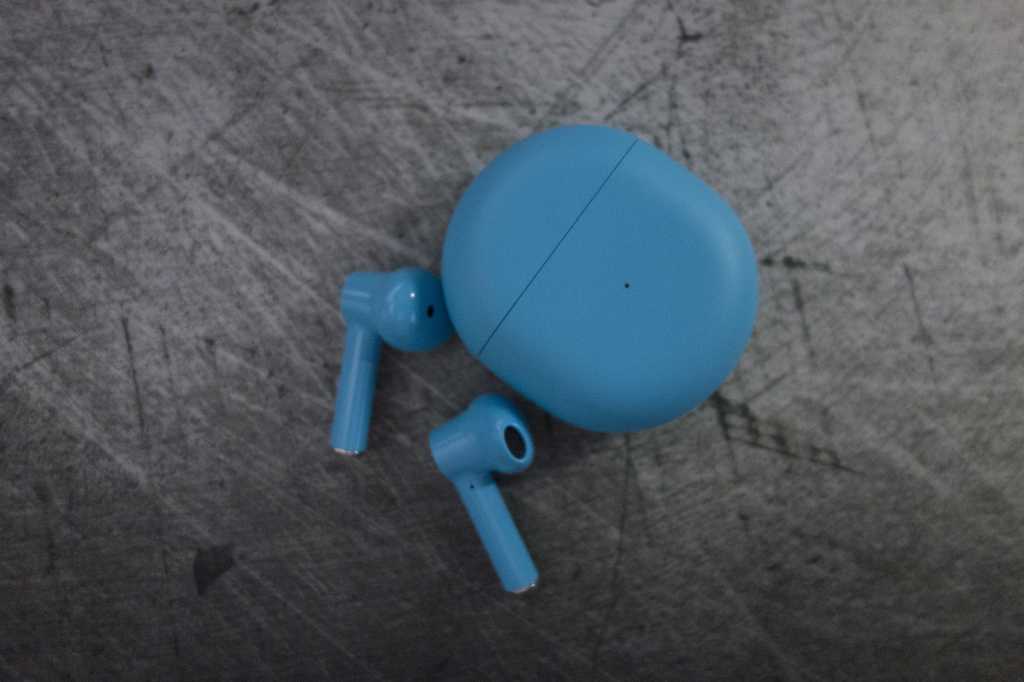 If you’ve been longing for a pair of AirPods but don’t want to drop quite so much on a pair of earbuds, OnePlus may have the answer to your dilemma. Meet the OnePus Buds, the company’s first pair of true wireless earbuds that look and feel at lot like Apple’s iconic AirPods with one exception—the price.

Even before you dive into their impressive features. the first thing you’ll notice about the OnePlus Buds is how little they cost: just $79, significantly cheaper than the $159 AirPods or $150 Galaxy Buds Plus. They’re even cheaper than OnePlus’ own Bluetooth neckband-connected earbuds, the Bullets Wireless 2.

For that price, you’d expect the OnePlus Buds to be lacking in the features offered by its higher-priced competitors, but much like OnePlus’ phones, the Buds cut very few corners. For that $79, you get 30 hours of battery life, noise cancellation, Dolby Atmos support, and IPX4 water resistance, all in a small and lightweight package that feels great in my ears.

While they’ll connect to any phone or device with a Bluetooth connection, however, you’ll need a OnePlus phone to customize the double-tap to do anything other than skip to the next song. As the only on-bud control, it’s a bit of an annoyance, though the OnePlus Buds will pause the music when you take one of them out of your ear. And of course, you can control them with your phone.

The OnePlus Buds don’t have active noise cancellation like the AirPods Pro, but they do include “a unique noise-canceling algorithm” along with a trio of microphones to help with phone calls. We’ll need to do more testing and will have a full review soon, but first impressions are strong with solid sound, a great fit, and impressive battery life.

Of course, OnePlus is no stranger to the world of earbuds, having sold several variations of its Bullets wireless buds over the years as well as wired and USB-C models, but this is its first foray into true wireless earbuds. While they definitely have an AirPods-style look to them, they’re not carbon copies of Apple’s iconic white stems. Yes, OnePlus buds come in white as well, but you can also get them in gray and blue, though the latter will only be available in Europe and India. But they’re so nice, I expect aftermarket eBay sales to easily fetch $100-plus.