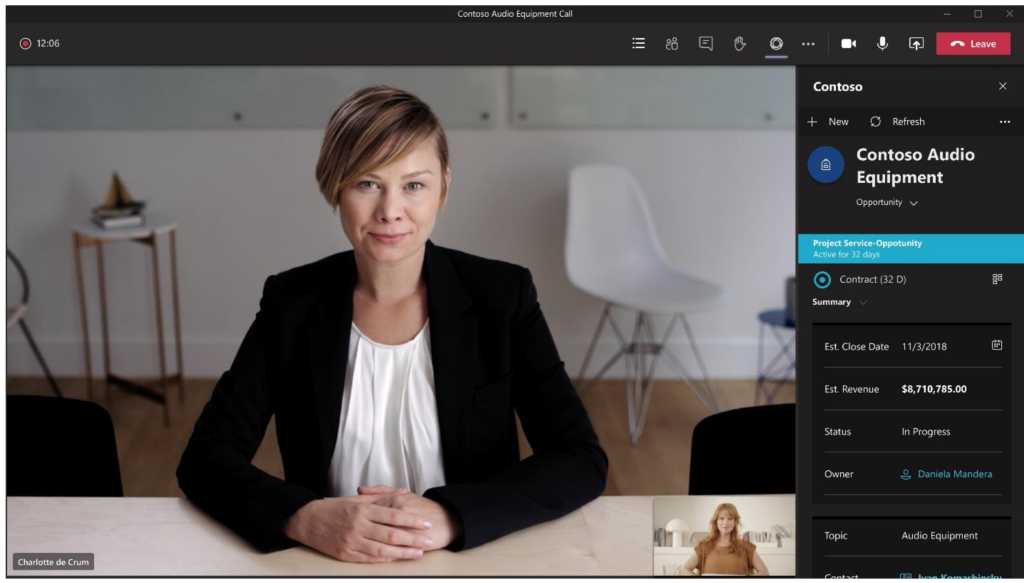 On Tuesday, Microsoft continued its drumbeat of enhancements to Microsoft Teams and its other collaborative apps, announcing new features and readying others for deployment into preview or other modes.

Microsoft’s announcements were made at Inspire, its annual partner conference that’s now evolved into a virtual showcase. There, Microsoft showed off Microsoft Lists, the latest app in its Microsoft 365 suite. Meanwhile, Microsoft Teams has emerged the star. Microsoft simply can’t stop adding more to the Teams platform, which now has its own internal apps. Microsoft also added a fresh coat of paint to Yammer, and the company plans to release a cloud-printing solution that could pick up where Google Cloud Print leaves off.

Lists was disclosed earlier this year at the company’s Build developer event, and now it’s officially being brought into the Microsoft 365 stable. Microsoft said Lists will join Microsoft 365 in late July, and Teams in August.

Lists represents Microsoft at its finest. On the surface, Lists takes the notion of a list to almost ridiculous levels. In an enterprise environment, however, Lists becomes one of many moving parts in collaboration and project management. Microsoft’s Lists actually builds on SharePoint Lists, another enterprise tool.

Lists will be accessible from the Microsoft 365 “grid” or “waffle,” most commonly found in the upper-lefthand corner of Microsoft 365 web apps like Outlook. In August, it will be integrated directly into Teams. In either app, a list begins with one of Microsoft’s templates, which can be populated with data imported from Excel or created manually. Preformatted templates include a bug list, a launch planner, contact info, or more.

Where they can get complicated is that Lists aren’t just lists—they can be cards, a grid view, or even a calendar. Naturally, Lists can be shared. In fact, they’re designed to be.

Where Lists gets really complicated is with the application of rules—which changes Lists from an “app” to a platform. “Building rules is as easy as writing a sentence,” Microsoft explained in a lengthy blog post. “Once you decide on the outcome, click-fill if/then steps to design your rules. Choose people, status, and value changes to send notifications or programmatically update values elsewhere in the list. Finally, use rules to set reminders to keep everyone informed.”

Where Lists gets confusing is when you consider Microsoft To-Do, Planner, and Outlook’s own Tasks—all of which overlap with Lists’ functionality. All three are already integrated in Microsoft 365 to some extent. Outlook’s web app, for example, has its own Tasks function, plus a link to To-Do in the sidebar.

It’s possible that Microsoft thinks of this as an app-specific function of the “modalities” it’s built into Windows—you don’t have to use touch or a pen to interact with Windows, but those options are there. Microsoft would also like you to think of To-Do as a “checkoff app,” one where tasks disappear once they’re completed. In Tasks, the task remains, so that users can see what has been completed and what remains to be done. But Tasks doesn’t appear to interact with either To-Do or Planner yet.

Microsoft Teams gets its own apps, too

It seems like just yesterday that Microsoft was adding its “Together Mode” to Teams—but no, that was actually a bit more than a week ago. Now, there’s even more integration with other Microsoft services. Developers will now be able to take Power Apps—Microsoft’s tools for users to create their own “no-code” web and mobile apps—and hook them into Teams.  Microsoft said this will allow developers to add features like Power Virtual Agents chatbots to Teams, which could lend AI assistant features to Teams chats. Power Apps will be available in early August in a preview, Microsoft said, with the Power Virtual Agents capabilities appearing in late August in preview, too.

Microsoft is extending the concept of Teams-as-a-platform to the base Teams interface, too. Currently, a Teams meeting includes chat, a shared file folder, meeting notes and a whiteboard, as well as the ability to record and transcribe the meeting. Microsoft’s saying that apps can now be added as tabs or sidebars to Teams meetings, which sounds quite a bit like a web app that can be opened inside of a browser. This capability will be available in late July in preview form, according to Microsoft.

While the Teams mobile Walkie-Talkie feature might be controversial—allowing supervisors to “blast” notifications via push-to-talk capabilities to mobile phones—that feature is now also in public preview, Microsoft said. Walkie-Talkie works in conjunction with a capability called Shifts, which Microsoft has enhanced with the ability to add team schedules. That feature is listed as “coming soon,” Microsoft says.

Yammer tries out a new look

Microsoft has given Yammer a new look, consistent with some of the Fluent Design elements that it’s tried to work into Windows and other apps. This new UI is immediately available to everyone, Microsoft said, beginning today.

Yammer was originally designed as a social network of sorts to share information around a company. Since then, however, Microsoft has developed Teams, and the two apps now look somewhat alike on the surface, with the capability to share polls, links, and videos. Microsoft says that Teams is better for collaboration on a regular basis, while Yammer enables open conversations centered around a company’s culture. Yammer is open to the company at large, while Teams teams are managed and restricted.

Still, both apps look very similar. Teams can even add a Communities app, which provides a full-fledged Yammer experience within Teams, to make the distinction even more difficult.

Can Microsoft do better? We’ll see. Like Google Cloud Print, Universal Print replaces an on-premises print server, shifting print management to the cloud and eliminating the need to install printer-specific drivers on a user’s PC. The user experience, though, is supposed to be the same: Select a nearby printer and print. Universal Print is now in public preview, Microsoft said.

While Canon was the first to sign on to Universal Print, HP, Konica Minolta, and Lexmark have also agreed to make Universal Print-compatible hardware, Microsoft said Tuesday.