New programmable buttons and a refined look elevate the Cloud Flight S over its predecessor, but the industry’s continued love affair with slow and finicky Qi charging is baffling.

When Astro integrated charging into the A50 base station in 2016, I figured it was only a matter of time before other headsets followed. Finally, a headset I’d remember to charge. Finally, a headset that wouldn’t die on me mid-game. The A50 base station was so intuitive, so effortless, so convenient. Surely, others would “borrow” the idea in due time.

Alas, four years and an A50 redesign later, nobody’s been so bold. 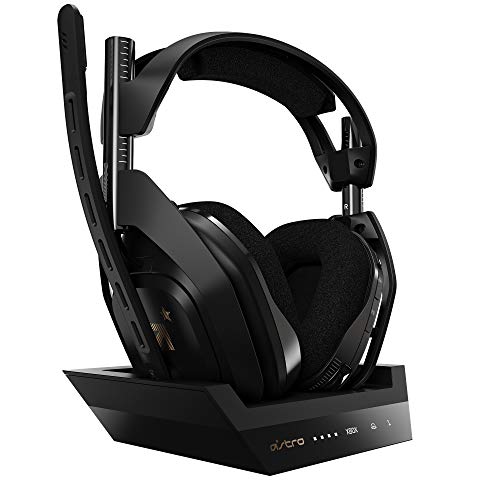 The new HyperX Cloud Flight S comes closest to copying Astro though. While nowhere near as sophisticated as Astro’s design, the Cloud Flight S’s integrated Qi charging facilitates the same set-and-forget behavior—though it would help if HyperX actually included a Qi charging pad in the box.

Given the name, I expected the Cloud Flight S to be essentially the same headset I reviewed in 2018, but with Qi capabilities—and to a certain extent, that’s the case.

HyperX tweaked more than I expected though. I hardly recognized the Cloud Flight S when I pulled it out of the box. This second attempt is much more attractive than the first. The original Cloud Flight felt cheap, and its abundance of plastic, chintzy red accents, and generic shape made it one of HyperX’s blander attempts.

The Cloud Flight S is still very plastic. That hasn’t changed. HyperX has cleaned the design up though, ditching the crimson wires and thereby opening up the fork where headband meets earcup. And on said earcups? Crisp, white logos.

These are small changes, barely worth noting in isolation—and yet it’s amazing how such small changes affect the overall look and feel when taken together. The original Cloud Flight looked like a third-rate budget headset stumbled into a $160 list price. Remove a wire, change the color scheme, and the Cloud Flight S looks slick and modern.

The onboard controls received an upgrade as well. The original Cloud Flight S featured a power button, volume roller, and an oversized mute button on the face of the left earcup, and that was it. And it was enough! The first HyperX headset to really nail built-in controls—I was pretty damn pleased with that first Cloud Flight.

But hey, more buttons couldn’t hurt, right? HyperX has swapped out the aforementioned mute button on the left ear for four buttons this time around. The bottom still defaults to mute, but you can now adjust the levels of the chat and game channels with the left- and right-hand buttons, and the top turns sidetone (mic monitoring) on and off. And if any of the default controls don’t suit your needs, well, HyperX has a software suite now. All four face buttons are programmable, another change from the original—though you’ll need to leave HyperX’s Ngenuity software running for it to remember your settings.

The Cloud Flight S also ditches the 3.5mm jack found on its predecessor and replaces it with another button. If you ever plugged the Cloud Flight into your phone or Xbox controller that might be an issue, but I’m strictly on PC myself and the lack of 3.5mm doesn’t bother me at all. This bottom button turns 7.1 capabilities on and off, and unfortunately that button is not programmable for whatever reason.

…The more they stay the same

As I said, HyperX changed more than I expected. It’s as if they ran down my laundry list of complaints with the original Cloud Flight and checked them off one-by-one. Chat mix? Check. Mic monitoring? Check. A classier look? Check.

That said, the core of the Cloud Flight S remains unchanged. Not the worst verdict, though not all that exciting either. As I wrote about the original Cloud Flight in 2018:

“HyperX’s trademark comfort is mostly intact. Both the ears and the headband feature a generous amount of padding, covered in a soft leatherette. Past Cloud models have been more comfortable, but not much—which is saying something, given that the Cloud Flight has to incorporate the weight of the wireless receiver and battery too.”

Audio quality is solid as well, but unremarkable. I applauded the original Cloud Flight for its passive noise isolation, with the closed-back design blocking out a surprising amount of ambient noise. But that was one of the only aspects that stood out at the time. Games (and movies and music) sound fine on the Cloud Flight S, but it’s definitely not HyperX’s high-water mark. It’s clean and precise, but lacks the width and the warmth of the Cloud Alpha.

And in a baffling move, HyperX’s aforementioned software suite doesn’t support any EQ changes. The software is still in beta at the moment—and in fact, the Cloud Flight S only works with the version of Ngenuity on the Windows 10 Store—but EQ seems like a fundamental feature you’d want in one of these companion utilities.

HyperX’s software also fails to elevate the so-so microphone. Sidetone is a good start, but a noise gate would help cut down on background chatter, to say nothing of the effects Logitech includes with the G Pro X. Unfortunately, HyperX is very late to the game when it comes to building out a software suite, which means I have a clear idea what I want—and Ngenuity doesn’t do much of anything at the moment.

So then, Qi charging. Let’s chat.

The Cloud Flight S isn’t really competition for the A50 and its elegant charging dock. It just isn’t. For one, there’s the fact that HyperX doesn’t even include a Qi charger with the Cloud Flight S. You can buy HyperX’s dual-zone ChargePlay Base for $50, but it’s not specifically made for the Cloud Flight S. It’s not even a headset stand like I expected. You lay the Cloud Flight S on its side to charge, which is exactly the sort of bizarre form factor workaround I’ve come to expect from Qi devices.

It’s a universal standard, so any old Qi charger will do. Amazon is infested with them, and for much cheaper than $50, so unless you need to charge two devices at once, the ChargePlay Base is probably overkill. I’m stunned HyperX didn’t include a solution in the box though—even a cheap one.

At least then you’d have a reason to give Qi charging a try. Look, plugging in a headset (especially with a MicroUSB connection) sucks. I get it. I just wish there were a better solution than Qi charging. It’s finicky, and positioning the Cloud Flight S on the charging pad isn’t as painless as you might expect. Balancing on the left earcup, it’s vulnerable to every errant desk bump and wandering cat.

And it’s so damn slow. Does that matter? Probably not, given you’re presumably charging the Cloud Flight S overnight. The 30-hour runtime should carry you through multiple days even if you have a Qi mishap every so often. It’s another knock against Qi charging though, a reason I still see it more as a novelty than a necessity.

The Cloud Flight S still feels a tad expensive to me though. These days, the $150 to $200 wireless tier is crowded with plenty of excellent contenders, including Corsair’s Virtuoso RGB and Logitech’s G533. HyperX’s sophomore wireless effort is much improved, but still doesn’t really stand out like its wired models.