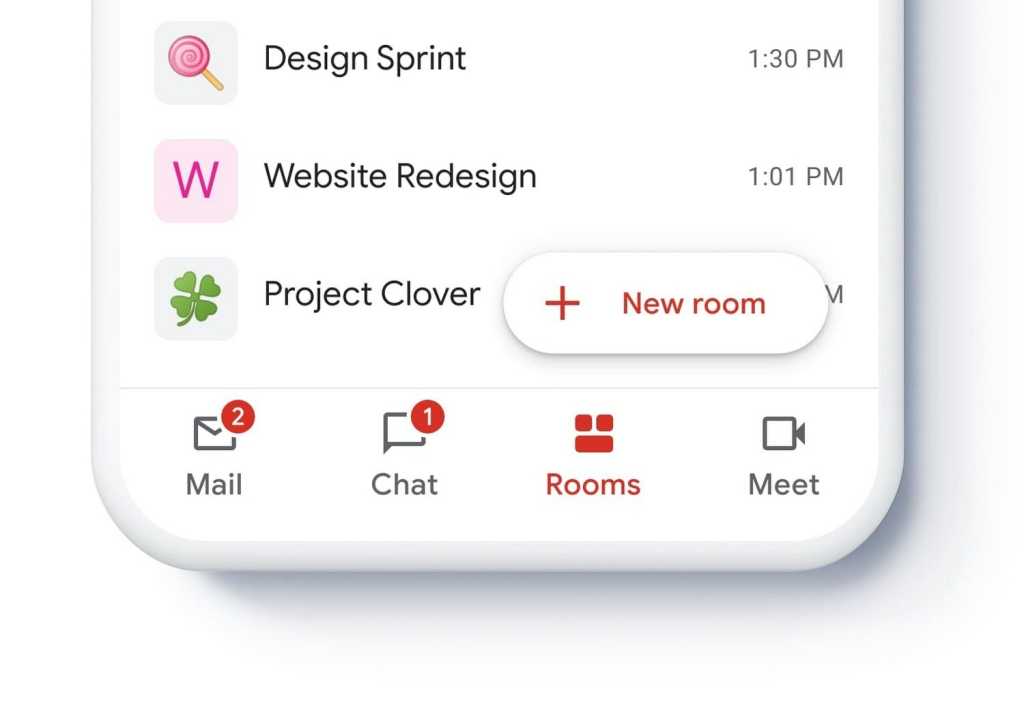 A…simpler Google? Yes, from the company that brought you chat app after chat app, Google said Wednesday that it planned to integrate Gmail, Chat, Rooms, and Meet into a unified interface—that looks a lot like Outlook.

That should come as no surprise. Javier Soltero, who led the Acompli email app that was later acquired by Microsoft, integrated a calendar, a file picker, and even a focused inbox years before Microsoft Outlook did. Those features eventually became part of Outlook. Now Soltero, the vice president and general manager of Google’s G Suite, has tidied up Gmail as well.

Last month, Google brought Google Chat into Gmail for the web. According to a blog post Google published today, Chat will “soon” be joining Gmail on Android and iOS as well. The interface should be extremely familiar to mobile Outlook app users, though while Outlook includes a calendar, search, and email icons at the bottom of its mobile app. Google has all four of its key collaboration apps at the bottom of the new Gmail interface. (Weirdly, Google Calendar still hasn’t made an appearance.)

The idea, Google said, is to eliminate the need to formally “switch” apps, such as you have to do from Gmail, to say, Twitter. That’s less of an issue on the Web, but more important when working within various mobile apps. There, “switching” between apps means navigating the app interface. “With quick access to shared chat, important documents, and to-dos in one place, it’s easier for everyone in a group to stay on the same page,” Soltero wrote.

That enables fluid workflows back and forth. Chat is now inside Gmail, and document collaboration is within Chat—complete with comments on how to take a project forward. That can be done within a specific room within Rooms. You can join a video call with Meet from a chat, or create a task. Gmail’s search now includes Google Chat as well.

What’s next? Features like picture-in-picture video calls right in Gmail, the integration of Google Meet into our content tools like Docs, Sheets, and Slides, and more, Google said. Google’s also placing better security “locks” into Meet and Chat, allowing the host to decide who can chat and be present in the meeting, and keep attendees banned from a Google Meet meeting from sneaking back in.