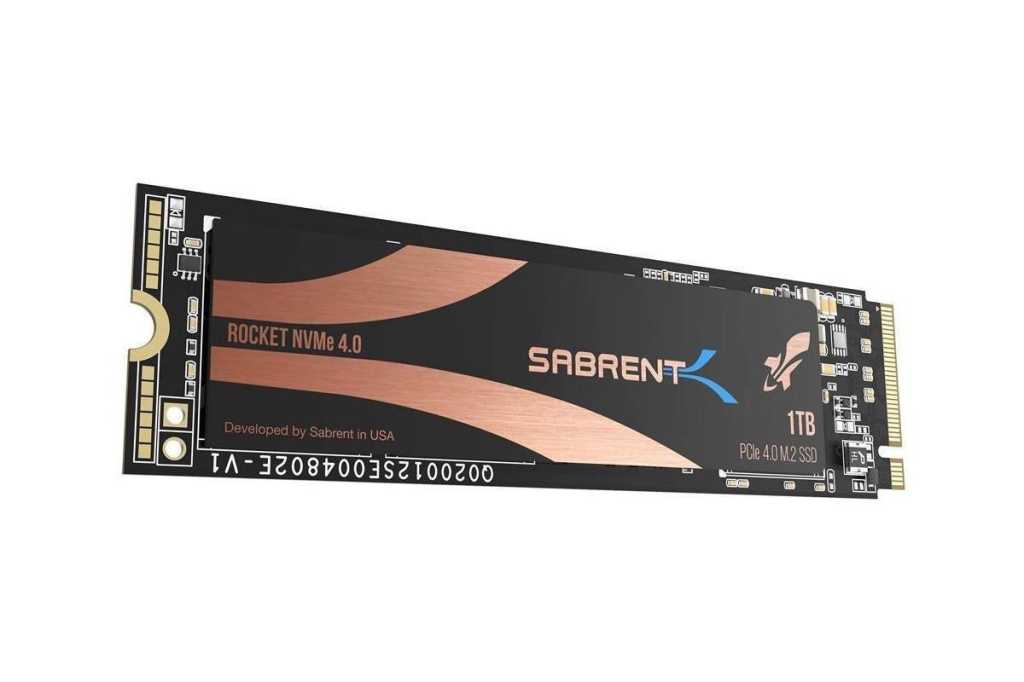 If you’ve been intrigued by the ludicrously fast speeds of PCIe 4.0 SSDs, but put off by their sky-high price tag, today’s your day. Third-party Amazon reseller Store4Memory is selling the Sabrent 1TB Rocket NVMe 4.0 for $170 with the checkout code B07TLYWMYW. That’s $30 off the usual price, and very close to the all-time low of $168.

If you have a Ryzen 3000 desktop processor with a B550 or X570 motherboard, this is a fantastic SSD to snag—Intel’s platforms don’t support the blazing-fast PCIe 4.0 protocol yet. If you plug this into a PCIe 3.0 motherboard-processor combo it will only run at PCIe 3.0 speeds. For PCIe 4.0 speeds, you need a processor and motherboard that support that standard. Our PCIe 4.0 primer explains everything you need to know.

This drive features 5,000 MB/s read speeds, according to Sabrent, and 4,400 MB/s write speeds. It’s an impressively fast drive, but it doesn’t come with the massive heatsinks that other PCIe 4.0 SSDs feature.

PCIe 4.0 drives can get hot, and Sabrent warns that without a proper heatsink you can end up with thermal throttling and reduced performance. Many motherboards come with an M.2 heatsink, but if yours isn’t up to the job, Sabrent’s M.2 heatsink costs $25 on Amazon.