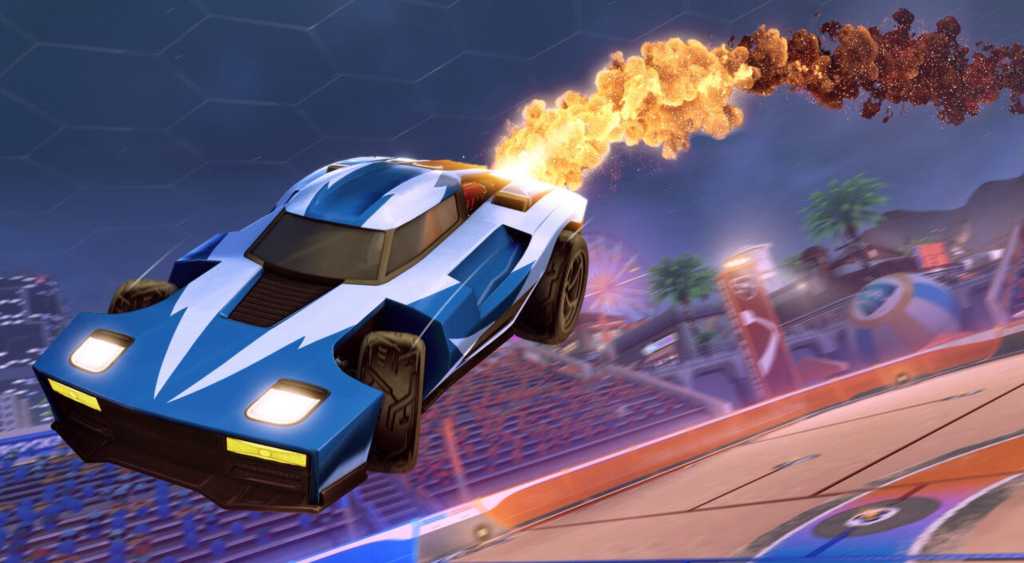 Rocket League, the multiplayer soccer game played with rocket-powered cars, took the world by storm over the last few years, complete with proper esports leagues and world championships. This week, it took yet another step toward total supremacy by going free to play on the Epic Games Store. Better yet, Epic will even give you a $10 coupon for its store if you claim Rocket League—though you can’t download it from Steam anymore.

First, the game news. The core Rocket League experience will remain the same now that it’s free to play, Psyonix says, though the developer intends to touch up the main menus “to make exploring the game easier.” Psyonix also plans to refine and improve game modes like Tournaments and Challenges, as well as introduce cross-platform progression so you can start shooting goals with the same account no matter what hardware you’re playing on at any given time. Yay!

That cross-platform progression (and $10 coupon) also helps soften the blow of another major shift. Epic Games acquired Psyonix in 2019. When Rocket League appeared in free-to-play form, it became unavailable on Steam. “At the request of the publisher, Rocket League is unlisted on the Steam store and will not appear in search,” the store page now says.

It’s not as disastrous as it sounds. Rocket League on Steam will continue to be supported with updates and new features—new users just won’t be able to download it there. Here’s what Psyonix said when it announced the shift:

Once Rocket League goes free to play, anyone who already owns Rocket League on any platform (including Steam) will be able to play and enjoy the game with full support for future updates and features. However, the Steam version will no longer be available to download for new players. To put it simply, wherever you play now (including Steam), you’ll still be able to play in the future.”

That’s a pretty reasonable way to handle a transition to the Epic Games Store, all things considered.

If you played Rocket League before the free-to-play switch, you’ll be granted “Legacy” status, which grants you access to all Rocket League-branded DLC released when it was a paid game, over 200 common items upgraded to “Legacy” quality, some cosmetic swag like the “Golden Cosmos Boost” shown at the top of this page, and more.

If you haven’t bought Rocket League yet, well, you’ve been missing out. It’ll be a no-brainer inclusion on our list of the best free PC games soon. And getting a $10 coupon for any other game in the Epic Games Store is a delicious cherry on top.

Editor’s note: This article originally published on July 21, 2020 when the free-to-play announcement was made, but updated on September 24, 2020 when the transition happened.