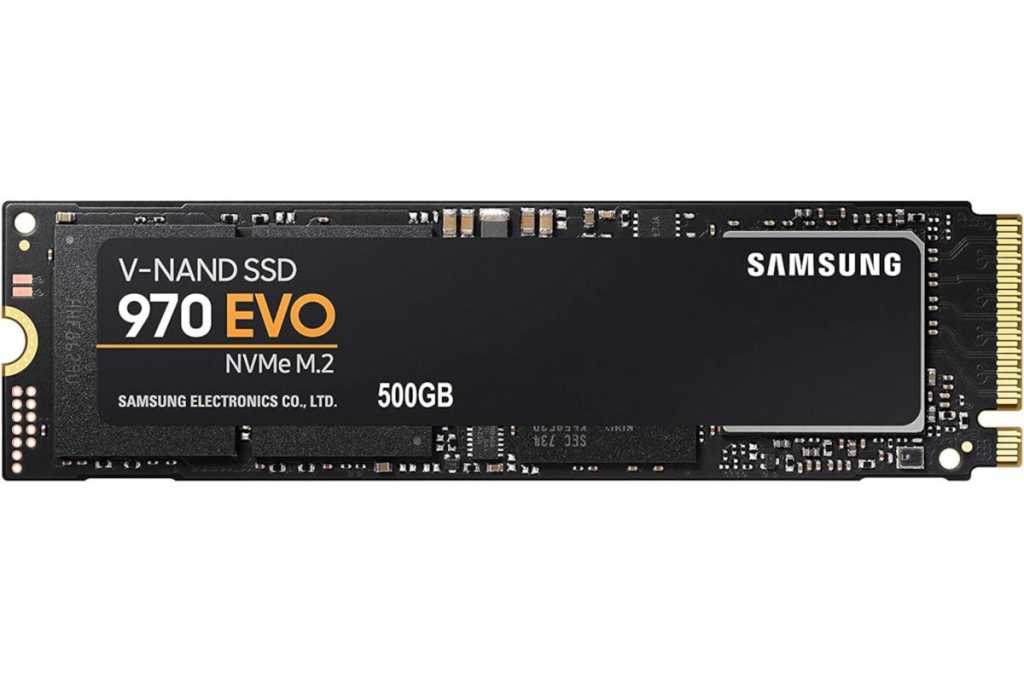 Samsung drives tend to be a pricier than the compeititon, which is one reason the Samsung 970 EVO doesn’t rank as one of our favorite SSDs right now. Today, however, Amazon is making the price of this speedy NVMe drive a little more palatable. The online retailer is selling the 500GB Samsung 970 EVO for $90. That’s just $2 higher than the lowest price we’ve seen in 2020.

The Samsung 970 EVO is an NVMe M.2 drive with solid performance. We reviewed this drive in 2018, giving it 4 out of 5 stars. Samsung says the drive has a sequential read speed of 3,500MB/s and a write speed of 2,500MB/s. In our tests using CrystalDiskMark 6, we found the read speed claims were accurate, but the write speed was slower by nearly half at 1,204MB/s. The AS SSD 2.0 test showed a different picture, with write speeds on par with Samsung’s claims and the read speeds slower.

Overall, however, we found the Samsung 970 EVO performed on par with the 970 Pro in many ways, except for large file write jobs. That’s usually not a big deal for consumers as large file writes aren’t very common in everyday computer use.

Bottom line: The Samsung 970 EVO is an excellent drive with good speeds, and at $90 it’s well worth a look.